"My main motivation for studying French at Whitman was to fully learn a second language. While the French major definitely allowed me to do that, I have to admit that I went through a few years after graduation of wondering if it was ever going to have relevance for my career. However, I am realizing more and more that the liberal arts education I received at Whitman, and specifically the focus on learning to operate at a high level in a second language that the French major gave me, have been essential to the work that I do now.

"I am currently working independently as a graphic recorder, or visual note-taker. I work with organizations and teams to listen and visually capture the content of meetings and events in a way that improves people's ability to retain information, make connections, build on ideas, and engage on a higher level with the content. You can see more about what this looks like on my website: Katie Lei Creative.

"I believe that the skills I learned in the French major–thinking critically in another language, translating between two languages, focusing on understanding the big picture rather than getting stuck on details– are all directly relevant. While I do not use the French language specifically in my current work, that background training has given me many of the mental tools that I now use to translate words into visuals that add great value and understanding in all sorts of settings." 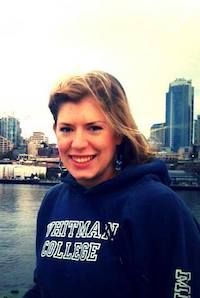 "As an undergraduate student, on my trips home to Texas during breaks between semesters, I dreaded the inevitable two questions from well-intentioned friends and parents of friends. The first was always, "What are you majoring in?" And when I responded, "French," I would brace for the immediate follow-up: "What are you going to do with that?" Of course, like most undergraduate students across virtually all majors, I had no idea what the 70-odd years of my post-college life would look like. However, my experiences studying French at Whitman have proven to be incredibly valuable.

"Whitman's French department does an excellent job of balancing students' technical acquisition of the language with a deep and broad exposure to centuries of Francophone literature, theatre, cinema, philosophy, and critical theory. Studying these texts and cultural productions in their original language while learning about the context of the societies in which they were created truly opened up new worlds for me. My classmates and I discussed timeless themes of gender and sexuality evident in the medieval Roman de la Rose, the complexities of postcolonial identity as articulated by Maryse Condé and Franz Fanon, the rigid class structures at play in the films of Jean Renoir, all while getting the hang of conjugating in the subjunctive tense and correctly placing our indirect object pronouns. In addition to my French classes, my journey at Whitman included studying abroad twice (one semester in Argentina, one semester in France), adding a fourth language (Arabic), translating and researching a collection of letters from an 19th century French bourgeois family with a Whitman history professor, and finally teaching abroad in the Whitman in China program after graduation before finally beginning a career in international education and completing a Master's degree in Higher Education Administration and Policy a few years later. My entire Whitman trajectory was aimed at becoming a global citizen, and being a French major was an indispensable component of this.

"In my current career, do I talk about medieval French epic poems or 17th century theatre or manifestos of postcolonial theory? Do I even speak French on a daily basis? Not exactly. But every day, I work with students studying abroad who are confronted with societal values attached to gender and sexuality that may differ from those of their own cultural context. I work within an American institution of higher education that is expanding its reach internationally to engage with more diverse peoples and cultures around the world, but in doing so must also consider its relative position of privilege and avoid recreating the postcolonial power structures imposed by other international institutions that have preceded it. And I am reminded daily that my students have encountered systems of education throughout their lives that are inextricably linked to rigid socio-economic class structures, and that their educational experience and identities will be further complicated by studying and living abroad within the structure of the university's programs. The French major at Whitman through the vehicles of language and literature has encouraged me to continually question my own cultural perspectives and position and those of other individuals in the various contexts in which I meet them. It has helped me feel like I can navigate through this sometimes unknown territory by employing the skills of intercultural communication, critical analysis, and even personal experiences that being a French major cultivated. Plus, it doesn't hurt to be able to order un croissant délicieux avec un petit café at my favorite French-owned patisserie here in Chicago!" 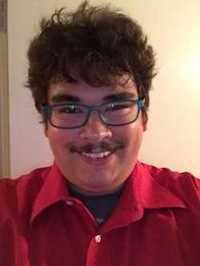 "Studying French at Whitman paved the path for my career. It was thanks to the professors I had in the Foreign Languages and Literatures department that I was first exposed to broader topics in Francophonie than simply French language. Thanks to my exposure to all different facets of French writings and the passion it inspired in me, I received my Bachelor’s Degree in French in 2009 and my Masters Degree in French Studies in 2012 from Louisiana State University where I wrote my Masters thesis on the role of zombies in French-Antillean literature (an idea I started developing thanks to the inspiration I got from the French department faculty at Whitman).

"I am now going on my seventh year as a French Language instructor at LSU. My career has allowed me to travel to Morocco, Martinique, France and dozens of places in between and it all started at Whitman. If asked 'Why major in French at Whitman?,' my answer would be that at Whitman you will receive a truly unique perspective on topics in French language and literature. The professors' specialties range from France in the Middle Ages to Caribbean folklore and it is this type of broad perspective that truly offers the opportunity for success." 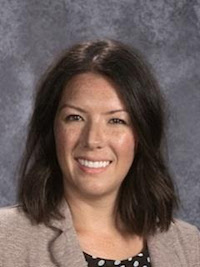 "My students and colleagues are always surprised to learn that I majored in French Language and Literature, but for me, the journey from Whitman to being an ELL (English Language Learners) teacher seems natural. Though my study of French literature, I naturally gained an understanding of the culture and history and France and the Francophonie, and this global perspective led me to want to work with diverse students.

"While I don’t use French to communicate on a daily basis, I constantly use the skills I gained as a French major. Whitman’s French department introduced me to sociolinguistics, dialectology, gender theory, postcolonialism, race theory, and intersectionality. All of this has impacted how I select curriculum, frame issues and empower students in my classroom. My background as a French major also inspired me to engage with the issue of race equity in our school systems. I am currently pursuing a principal/superintendent’s license so that I may continue that work on a larger scale."