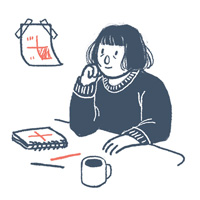 Madeleine Jubilee Saito is a cartoonist + illustrator living on Duwamish land in Seattle, Washington. As an artist, she makes intimate, poetic comics about the environment and the sacred, which appeared in the bestselling All We Can Save anthology and were recognized in Best American Comics 2019.She is a Christian and an anti-capitalist, and currently works as the creative director & operations lead at The All We Can Save Project. 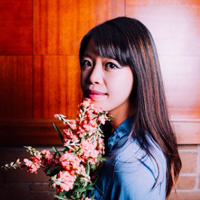 Jane Wong is the author of  How to Not Be Afraid of Everything (Alice James, 2021) and Overpour (Action Books, 2016). Her poems and essays can be found in places such as Best American Nonrequired Reading 2019, Best American Poetry 2015, American Poetry Review, POETRY, AGNI, Virginia Quarterly Review, McSweeney's, and Ecotone. A Kundiman fellow, she is the recipient of a Pushcart Prize and fellowships and residencies from Harvard's Woodberry Poetry Room, the U.S. Fulbright Program, Artist Trust, the Fine Arts Work Center, Bread Loaf, Hedgebrook, Willapa Bay, the Jentel Foundation, Mineral School, and others. Her first solo art show, "After Preparing the Altar, the Ghosts Feast Feverishly" was exhibited at the Frye Art Museum in 2019. She is an Associate Professor of Creative Writing at Western Washington University. 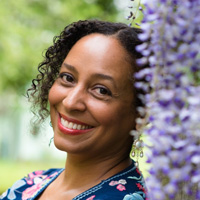 After registering, you will receive a confirmation email containing information about joining the meeting.

Danusha Laméris’ first book, The Moons of August (2014), was chosen by Naomi Shihab Nye as the winner of the Autumn House Press Poetry Prize and was a finalist for the Milt Kessler Book Award. Some of her work has been published in: The Best American Poetry,The New York Times,Orion,TheAmerican Poetry Review,The GettysburgReview, Ploughshares, and Prairie Schooner. Her second book, Bonfire Opera, (University of Pittsburgh Press, Pitt Poetry Series), was a finalist for the 2021 Paterson Poetry Award and the winner of the Northern California Book Award in Poetry. She was the 2018-2020 Poet Laureate of Santa Cruz County, California, co-leads Poetry of Resilience webinars with James Crews, and is on the faculty of Pacific University’s low residency MFA program. 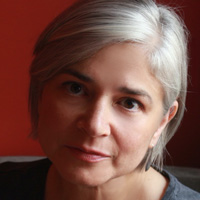 Joy Castro is the award-winning author of the post-Katrina New Orleans literary thrillers 'Hell or High Water,' which received the Nebraska Book Award, and 'Nearer Home,' and the story collection 'How Winter Began,' as well as the memoir 'The Truth Book' and the essay collection 'Island of Bones,' which received the International Latino Book Award. She is also editor of the anthology 'Family Trouble' and served as the guest judge of CRAFT‘s first Creative Nonfiction Award. Her work has appeared in the 'New York Times Magazine,' 'Senses of Cinema,' 'Salon,' 'Ploughshares,' 'Gulf Coast,' 'Brevity,' 'Afro-Hispanic Review,' and elsewhere. A former Writer-in-Residence at Vanderbilt University, she is currently the Willa Cather Professor of English and Ethnic Studies at the University of Nebraska-Lincoln. Her new novel 'Flight Risk' will be
released on November 1, 2021.

Maria Tumarkin writes books, essays, reviews, and pieces for performance and radio; she collaborates with sound and visual artists and has had her work carved into dockside tiles. She is the author of four books of ideas. Her latest book Axiomatic won the 2018 Melbourne Prize for Literature and was a finalist in the National Book Critics Circle Award. Axiomatic was also named a New Yorker Top 10 Book of 2019. Tumarkin is a recipient of the 2020 Windham Campbell Prize in the nonfiction category. She holds a PhD in cultural history from the University of Melbourne, where she teaches in the creative writing program.

Her books in addition to Axiomatic: Traumascapes,Courage, and Otherland, all of which received critical acclaim in Australia. 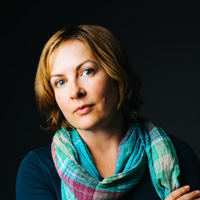 Tess Taylor is the author of five collections of poetry, including The Misremembered World, selected by Eavan Boland for the Poetry Society of America’s inaugural chapbook fellowship, and The Forage House, called “stunning” by The San Francisco Chronicle. Work & Days was named one of The New York Times best books of poetry of 2016.  In spring 2020 she published two books of poems. Last West was commissioned by the Museum of Modern Art as a part of the Dorothea Lange: Words & Pictures exhibition; Rift Zone, from Red Hen Press,  was hailed as “brilliant” in the LA Times and named one of the best books of 2020 by The Boston Globe. Taylor has  served as on-air poetry reviewer for NPR’s All Things Considered for over a decade. She is currently on the faculty of Ashland University’s Low-Res MFA Creative Writing Program. 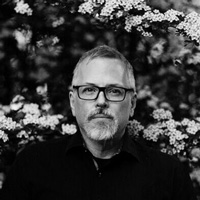 Jeff VanderMeer’s NYT-bestselling Southern Reach trilogy has been translated into over 35 languages. The first novel, Annihilation, won the Nebula Award and Shirley Jackson Award, and was made into a movie by Paramount in 2018. Recent works include Dead Astronauts, Borne (a finalist for the Arthur C. Clarke Award), The Strange Bird. These novels, set in the Borne universe, are being developed for TV by AMC and continue to explore themes related to the environment, animals, and our future. Forthcoming work include his fantasy romp The Misadventures of Jonathan Lambshead: A Peculiar Peril (FSG Kids) and Hummingbird Salamander (MCD/FSG) which has been optioned by Netflix and Michael Sugar (Anonymous Content). His short story Secret Life has been made into a graphic novel by Theo Ellsworth (Drawn & Quarterly, 2021).

Called “the weird Thoreau” by The New Yorker, VanderMeer frequently speaks about issues related to climate change and storytelling, including at DePaul, MIT, and the Guggenheim. He has taught at the Yale Writers’ Conference and the Miami International Book Fair, among many others, and was the 2016-2017 Trias Writer-in-Residence at Hobart and William Smith Colleges in upstate New York. He is the recipient of an NEA-funded Florida Individual Artist Fellowship for excellence in fiction and a Florida Artist Enhancement Grant. Nonfiction has appeared in the New York Times, the Guardian, Vulture, Esquire.com, and the Los Angeles Times. He was a 2019 National Book Award judge for fiction. Over a thirty-five-year career, VanderMeer has been a three-time World Fantasy Award winner and 15-time nominee. For eleven years, VanderMeer has served as the co-director of Shared Worlds, a unique teen SF/fantasy writing camp located at Wofford College in South Carolina. Previous novels include Veniss Underground and the Ambergris Cycle ( City of Saints & Madmen, Shriek: An Afterword, and Finch), being reissued this year in a hardcover omnibus from MCD/FSG, with nonfiction titles including Wonderbook, the world’s first fully illustrated writing guide , and Booklife, the first career guide to fully integrate the internet into tactics and strategy. His short story collections include The Third Bear, the title story from which is under option for development into film.

Considered one of the foremost weird fiction writers in the world, VanderMeer grew up in the Fiji Islands and spent six months traveling through Asia, Africa, and Europe before returning to the United States. These travels have deeply influenced his fiction. VanderMeer started writing at age eight and published his first short story at age 14. Early on, he wrote and published poetry and short fiction extensively, in addition to running a publishing house, the Ministry of Whimsy, and holding literary events featuring National Book Award winners like Richard Wilbur and other major poets at the Thomasville Center in Gainesville, Florida. The Ministry became the first indie publisher to have a book win the Philip K. Dick Award. (Stepan Chapman’s The Troika) and he edited the award-winning Leviathan series, which published writers such as Rikki Ducornet, Brian Evenson, and Michael Moorcock.

His wife Ann VanderMeer was the fiction editor for Weird Tales for five years and won the Hugo Award for her work there. She now serves as an acquiring editor for Tor.com and editor for XPrize anthologies including the critically acclaimed Avatars, Inc. She is also an award-winning publisher, and co-editor with Jeff on ground-breaking anthologies such as Best American Fantasy 1 and 2, Steampunk 1 and 2, New Weird, The Weird, The Thackery T. Lambshead Cabinet of Curiosities, The Time Traveler’s Almanac, The Big Book of Science Fiction, The Big Book of Classic Fantasy, and the forthcoming The Big Book of Modern Fantasy.For several years they also ran Cheeky Frawg, a small press that published Amos Tutuola and many works in translation, including Swedish writer Karin Tidbeck’s first collection in English and Finnish icon Leena Krohn’s complete stories in one mammoth volume. Together, they have taught writing workshops and given lectures all over the world. This literary “power couple” (Boing Boing) has been profiled on Wired.com, NYT blog, and on national NPR. They live in Tallahassee, Florida, with their internet-famous cat Neo, and a yard full of native plants.

Newest work: 2021: From the author of Annihilation, a brilliant speculative thriller of dark conspiracy, endangered species, and the possible end of all things. Hummingbird Salamander 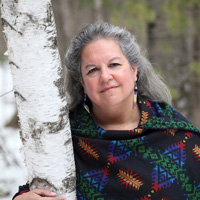 Robin Wall Kimmerer is a mother, scientist, decorated professor, and enrolled member of the Citizen Potawatomi Nation. She is the author of Braiding Sweetgrass: Indigenous Wisdom, Scientific Knowledge and the Teachings of Plants, which has earned Kimmerer wide acclaim. Her first book, Gathering Moss: A Natural and Cultural History of Mosses, was awarded the John Burroughs Medal for outstanding nature writing, and her other work has appeared in Orion, Whole Terrain, and numerous scientific journals. She tours widely and has been featured on NPR’s On Being with Krista Tippett and in 2015 addressed the general assembly of the United Nations on the topic of “Healing Our Relationship with Nature.” Kimmerer lives in Syracuse, New York, where she is a SUNY Distinguished Teaching Professor of Environmental Biology, and the founder and director of the Center for Native Peoples and the Environment, whose mission is to create programs which draw on the wisdom of both indigenous and scientific knowledge for our shared goals of sustainability.

As a writer and a scientist, her interests in restoration include not only restoration of ecological communities, but restoration of our relationships to land. She holds a BS in Botany from SUNY ESF, an MS and PhD in Botany from the University of Wisconsin and is the author of numerous scientific papers on plant ecology, bryophyte ecology, traditional knowledge and restoration ecology. She lives on an old farm in upstate New York, tending gardens both cultivated and wild.