Major in English. Do anything.

English majors do meaningful, engaging work in all kinds of fields, including medicine, law, consulting, publishing, teaching, and public service. Here's how five recent graduates describe the value of their English degree:

"My experience as an English major has been completely invaluable. I have spent the last seven years as a teacher in New Orleans, and found that the instruction I received from my professors at Whitman showed me a lot about the kind of teacher I wanted to be. My professors were rigorous and persistent...which is something I carried to my own teaching practice. The small class size also allowed me to develop and hone my writing practice. I took a composition class at Whitman that has fundamentally shaped my commitment to writing; I reference that class all the time when people ask me how I produce as much writing as I do. We were asked to write something new every class, which met three times a week. That's how I learned that writing ability is a muscle that needs to be constantly stretched in order to grow. Whitman exposes its English majors to such a wide range of literature that you leave with a fairly exhaustive library — a veritable toolkit for any aspiring writer."

"Since graduating, I've found that many employers deeply respect degrees in the Humanities because the coursework teaches you to think independently in a way that other courses of study do not. Learning to write close analyses of literature may seem far removed from the professional world, but the fundamental skills involved are actually highly applicable to many vocations: disciplined analytical thinking; attention to the nuances of language; the ability to make and defend assertions; along with many others. "

- Connor Guy '10, an English major with a minor in French, is an associate editor at Metropolitan Books. He is also editor of the literary journal, Moss. You can read a review of Moss here.

"I always believed I would find a use in medicine for the critical thinking, writing, and life skills I learned while studying English, but my first year at school has convinced me that my English major has been the most valuable academic experience in preparing me for the clinical aspects of medicine."

- Kel Peyton '12, a double major in English and BBMB, is in medical school at the University of Minnesota.

"For any of your students who think English, as a subject, is a field useful only to writers, academics, and 'thinkers', you can let them know that it's pretty essential to any field they will enter post-Whitman. Consulting, turns out, is all about the art of story-telling and story-selling. "

- Aakanksha Veenapani '09, a double major in English and Economics, has worked in management consulting and is earning an MBA at the University of Washington. 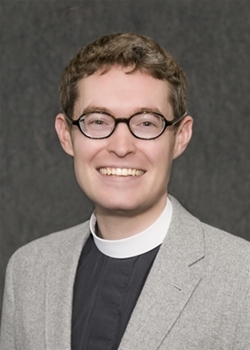 "A degree in English from Whitman was instrumental in preparing me for seminary and a career in church ministry. I use many of the skills I honed at Whitman on a daily basis in my work: interpreting texts, delivering sermons, teaching classes and helping to shape a living tradition. At Whitman I learned to think and articulate clearly, and to read broadly and deeply. I learned the art of respectful and engaged dialogue, inspired by teachers who modeled compassion and taught me how to be a good listener. I was better prepared for graduate school than many of my seminary classmates, and I'm grateful to Whitman's English and Theatre departments for shaping me into the kind of reader, citizen and priest that I am today."

- The Very Rev. Nathan LeRud '04, an English major with a minor in Theatre and World Literature, is Dean of Trinity Episcopal Cathedral in Portland, Oregon. Read more about Nathan in Whitman Magazine.

These articles suggest that career prospects are bright for those who major in English:

Our majors also go on to further academic study. For more information, see this list of alumni fellowship winners.