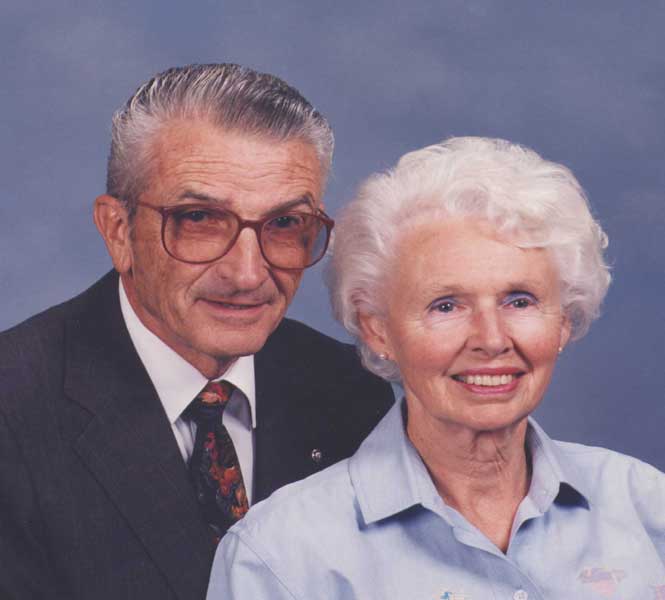 The Genevieve Patterson Perry Endowment for the Study of Economics

The Perry Endowment was established in 1999 by former President Louis B. Perry to honor his wife, Genevieve Patterson Perry. Genevieve Perry was educated as an economist at UCLA and served Whitman in a leadership role during her husband's presidency from 1959 to 1967. The endowment enriches the study of economics by bringing distinguished economists to Whitman College to present a public lecture in the general areas of economic policy and business ethics and to visit classes.

Paul Romer of Stanford University was the inaugural speaker in 2000-2001 and delivered a talk entitled “From New Growth Theory to New Policy Initiatives.”

Douglas North, a Nobel Prize winner from Washington University in St. Louis visited in 2001-2002 and spoke on “Why Are Some Nations Rich and Some Nations Poor?”

Hal Varian from the University of California at Berkeley visited in 2002-2003 and discussed “Forces in the Network Economy.”

Daniel McFadden, a Nobel Prize winner from the University of California at Berkeley visited in 2003-2004 and discussed the economic theory and psychology of choice behavior and its application to current issues.

Orley Ashenfelter, the Joseph Douglas Green 1895 Professor of Economics at Princeton University, visited in 2005 and discussed "Evolution of the Global Labor Market: Continuity vs Change."

Robert Stavins, of Harvard University visited in 2007. Professor Robert N. Stavins is the Albert Pratt Professor of Business and Government, Director of the Harvard Environmental Economics Program, Chairman of the Environment and Natural Resources Faculty Group at the John F. Kennedy School of Government, Harvard University, and Director of Graduate Studies for the Doctoral Program in Public Policy and the Doctoral Program in Political Economy and Government. He delivered a lecture "The Kyoto Protocol," and participated in the public symposium on "Wine and Global Warming."

Todd Sandler, the Vibhooti Shukla Professor of Economics and Political Economy at the University of Texas, Dallas, visited in September 2007 and lectured on "The Politics and Economics of Terrorism."

Andrew Schotter, Professor of Economics at New York University and also the Director of the Center for Experimental Social Science (C.E.S.S.), visited in April 2009 and lectured on "The Neuroeconomics of Fear and Bidding in Auctions."

J. Bradford DeLong, Professor of Economics at the University of California at Berkeley, Chair of its Political Economy Major, Research Associate of the National Bureau of Economic Research, Visiting Scholar at the Federal Reserve Bank of San Francisco, and Clinton Administration Deputy Assistant Secretary of the U.S. Treasury, visited in April 2010 and lectured on "The Worst Macroeconomy since the Great Depression."

Robert Reich, former U.S. Secretary of Labor under President Bill Clinton and Chancellor's Professor of Public Policy at the University of California at Berkeley, visited and lectured in April 2014. The lecture "Why Worry about Inequality," is available in full through the following link - Lecture (Click Here) 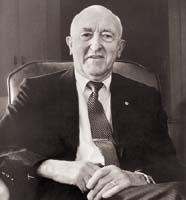 The William M. Allen-Boeing Endowment, established by Grant and Nancy Allen Silvernale, and Nat and Dorothy Allen Penrose, provides funds for distinguished individuals in industry, finance, technology, and manufacturing to visit campus. The goal of the lectureship is to provide Whitman students the opportunity to meet and listen to individuals with expertise and knowledge of business. The William Allen-Boeing Endowment is managed by the Whitman Investment Company (WIC). WIC is a student-run group and provides students the opportunity to gain practical experience in finance, enhancing their classroom learning in Economics and other courses.

John Warner, Senior Vice President and Chief Administrative Officer of The Boeing Company presented the inaugural lecture of the series. The lecture was entitled "Business Strategy in the Real World."

John Valaas, President and Chief Executive Officer of First Mutual Bank, Bellevue, Washington, presented the 3rd annual William M. Allen - Boeing Lecture in the spring of 2004. The lecture was entitled "Managing a Small Bank in a World of Big: Do the Lessons of Whitman Still Apply?"

J. Michael Rona, a 1973 graduate of Whitman, presented the 4th annual William M. Allen - Boeing Lecture in the spring of 2005. The lecture was entitled "Seeking Perfection in Medicine: Applying the Toyota Production System to Health Care."

Gordon Riess, a 1949 graduate of Whitman, presented the 6th annual William M. Allen - Boeing Lecture in the spring of 2007. The lecture was entitlted "Cultural Differences and Their Impact on Business Dealings."

Sandy McDade, Senior Vice President and General Counsel of the Weyerhaeuser Company and a 1974 graduate of Whitman, presented the 7th annual William M. Allen - Boeing Lecture in the spring of 2008. The lecture was entitled “The Potential for Trees” — the role of forests in the carbon cycle."

John Medica, former senior vice president of Dell, Inc.presented the 8th annual William M. Allen - Boeing Lecture in the fall of 2008. The lecture was entitled "Impacts of "Globalization and Planning Your Future."

Jonathan Sposato, 1989 graduate of Whitman College, Chairman at Geekwire LLC, presented the 11th annual William M. Allen - Boeing Lecture in May of 2013. Mr. Sposato participated in a lunch session hosted by the student run, Whitman Investment Company. The lecture was entitled "Everything I Learned in Business I Learned Owning a Bar."

Kevin Schemm, Vice President, Finance & Strategy and Chief Financial Officer of Boeing Commercial Aircraft, presented the 12th annual William M. Allen - Boeing Lecture in February 2014. Mr. Schemm participated in a lunch session hosted by the student run, Whitman Investment Company, He also attended and participated with Whitman students in class. The lecture was entitled "Revolutionizing Flight in the New Century: Boeing Ramps up for Intense Global Competition as it nears its 100th Birthday."Robbie Bach was the President of the Entertainment Division of Microsoft, reporting directly to then-CEO Steve Ballmer.  He helped develop the X-Box for Microsoft and had a 22 year career at the company before retiring in 2012. Mr. Bach's November 2014 visit to Whitman College included his public lecture,"Xbox Revisited: From Chief Xbox Officer to Civic Engineer," and class visits and meetings with students of the Whitman Investment Company.

William Smead, 1980 graduate of Whitman College, founder and CIO of Smead Capital Investment, visited Whitman College in April of 2016. Mr Smead's public lecture was "The Coming Housing Boom: what does it mean for U.S. stocks and bonds?" During his visit, Mr Smead met with the student run Whitman Investment Company and discussed the current WIC portfolio and investment strategies.

The Classical Liberalism Speakers Fund supports outside speakers who address topics from the classic liberal tradition, and is shared by the Department of Economics and the Environmental Studies program.

Dr. Terry Anderson, Executive Director of the Property and Environment Research Center
(PERC) Bozeman, Montana, gave a public lecture in April of 2008 titled "Markets and the Environment: Friends or Foes."

Prof. Jonathan H. Adler is the Johan Verheij Memorial Professor of Law and the Director of the Center for Business Law and Regulation at Case Western Reserve University.  He visited Whitman College in October 2014, presenting a public talk, "Federal Environmental Regulation Reconsidered," and met with Environmental Studies students and faculty to discuss "Classical Liberalism and Climate Change."

Professor Lynne Kiesling is an Associate Professor of Instruction in Economics at Northwestern University, and her research focuses on the effect of regulatory institutions on the incentives for innovation and technological change.  During her March 6, 2017 visit, she spoke with students of Professor Eunice Blavascunas' Introduction to Environmental Studies class, and she presented a pubic lecture on "Decentralized Markets and Innovation in Electricity: Smart Grid and Renewable Resources."