Why some people talk about 1984 without having read it 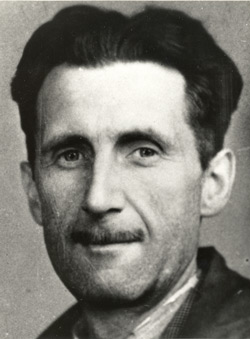 You may have heard about the skyrocketing sales of George Orwell’s novel 1984. Sales are up in Great Britain, Australia, Spain, France, Germany, Brazil, Japan and especially in the United States—9,500 percent in late January. Many credit the presidential inauguration of Donald Trump for the surge, along with the “alternative facts” provided by his administration. Whatever is behind the increase in sales, the fact is, most new buyers won’t ever read the dystopian novel. But that won’t stop them from talking about it.

That’s a surprising finding of my research on how literary works become classics: People who talk about a classic often have not read it. As Italo Calvino reminds us in his 1986 essay, “Why Read the Classics?,” “The classics are the books of which we usually hear people say: ‘I am rereading …’ and never ‘I am reading.’” But did they ever really “read” the classic to begin with? For Oscar Wilde, not reading a book didn’t mean not talking about it. “I never read a book I must review,” confessed the Irish writer and wit from the late Victorian period; “it prejudices you so.”

People’s inclination to talk about books they have not read is the subject of the hilarious How to Talk about Books You Haven’t Read by Pierre Bayard from 2007. He has never read Joyce’s Ulysses and probably never will. Yet he admits feeling perfectly comfortable talking about it in a conversation. He can do so because he knows bits and pieces—that the 1922 novel retells Homer’s

Odyssey, the ancient Greek epic poem; takes place in Dublin during a single day; is narrated using a stream of consciousness; and includes famous sentences such as “yes I said yes I will Yes.” One can learn these bits and pieces from browsing the book and especially through news exposure.

Reports and social media commentary about the surge in sales of 1984 include references to its memorable details: the Party, the Ministry of Truth, Newspeak, Two Minutes Hate, the Thought Police and, of course, Big Brother. You may not have read 1984 (whose author is pictured) but most likely you have come across Big Brother. It is the title of songs by David Bowie and Kanye West, a reality television series, an award, and numerous films and series. Like “To be, or not to be” or Don Quixote’s “tilting at windmills,” Big Brother has entered global popular culture since the novel’s publication in 1949. When a literary work enters our lives and the lives of those preceding and following us, in such a profound way, then the work becomes a classic.

Being a classic is not about how many people actually read the text but about how many people can recall details from the classic and feel perfectly comfortable talking about it in a conversation, even if none of them have read it. I call this social practice “lived experience.” People are drawn to the literary work to make sense of personal or current events, as many buyers of 1984 have been doing of late. In that process, they fill the classic with new life.