The wide variety of objects in the collections at the Maxey Museum and Whitman College and Northwest Archives serve as motivational prompts for students, thanks to professors who incorporate them into their curricula. 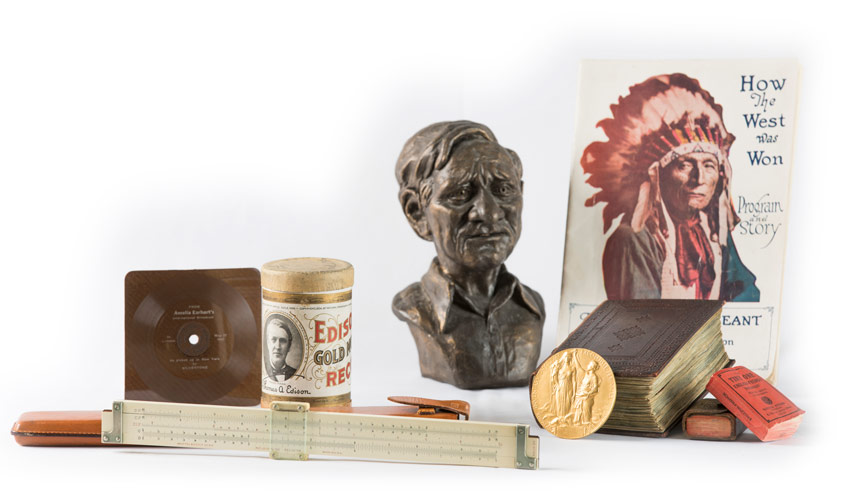 In Intermediate Creative Nonfiction class, students use objects from the archives as a jumping-off point for writing exercises. These objects include the Nobel Prize awarded to Walter Brattain ’24, a bust of William O. Douglas ’20, a 1932 vinyl recording of Amelia Earhart and several publications, such as a How the West Was Won scrapbook. “This practice helps students navigate questions central to nonfiction writers: How do we write about objects in an interesting way? How do we engage artifacts and historical documents in ways that prompt our creativity and curiosity as writers? In turn, how do we transform the silent object into a portal through which we can view history, the culture, another person, ourselves?” Kisha Schlegel said. Freewriting with objects also reminds students that “research is a search. An adventure. A discovery.” 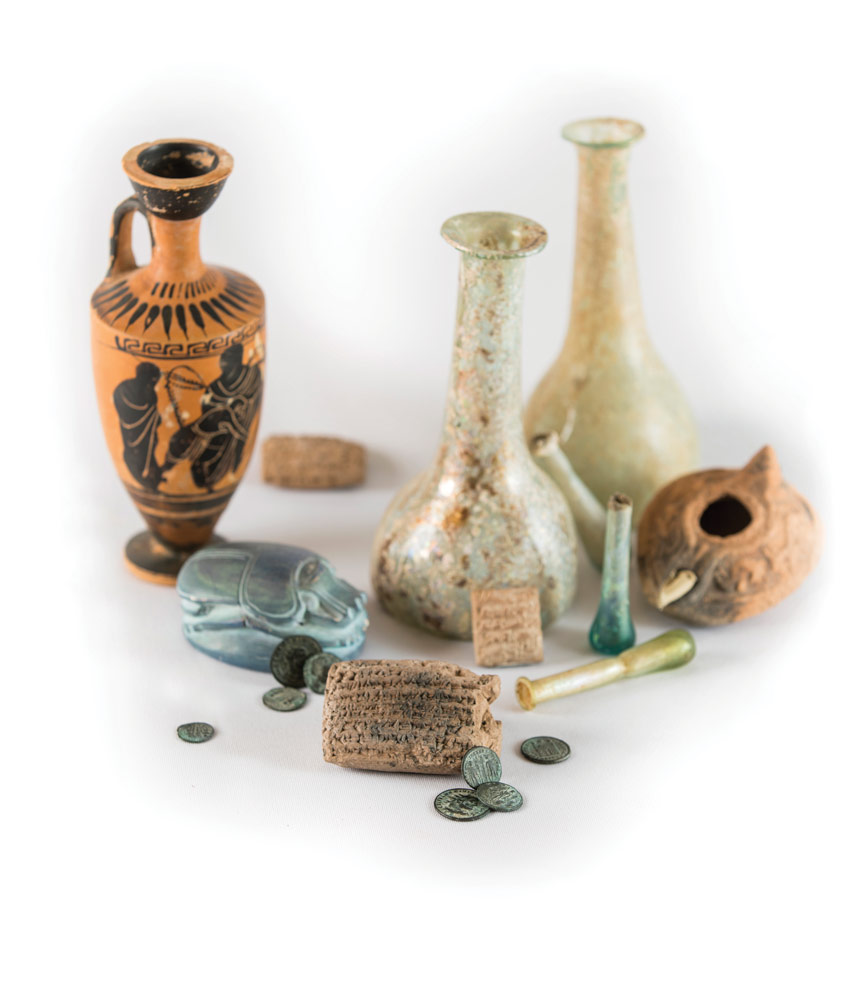 Elizabeth Vandiver brought Roman glass vessels, Greek and Roman coins and items of uncertain provenance into her senior seminar. Vandiver asked: how can the genuine article be distinguished from a replica such as the Egyptian scarab? “There is a certificate from the seller assuring the buyer that the scarab is authentic and dates to the 18th dynasty,” Vandiver said, though to the trained eye, it is a replica. Sarah Davies’ classes on ancient cities and empires also use coins and glass, in part to talk about archaeological interpretation. “For many years, object types were essentially gendered by researchers, who attempted to label rooms in Roman houses as ‘male-’ or ‘female-use’ spaces, according to where vessels had been found,” Davies said. Documentation for the cuneiform cones and tablets also includes letters to and from Edgar J. Banks, an early figure in Near Eastern archaeology and a partial inspiration for Indiana Jones. 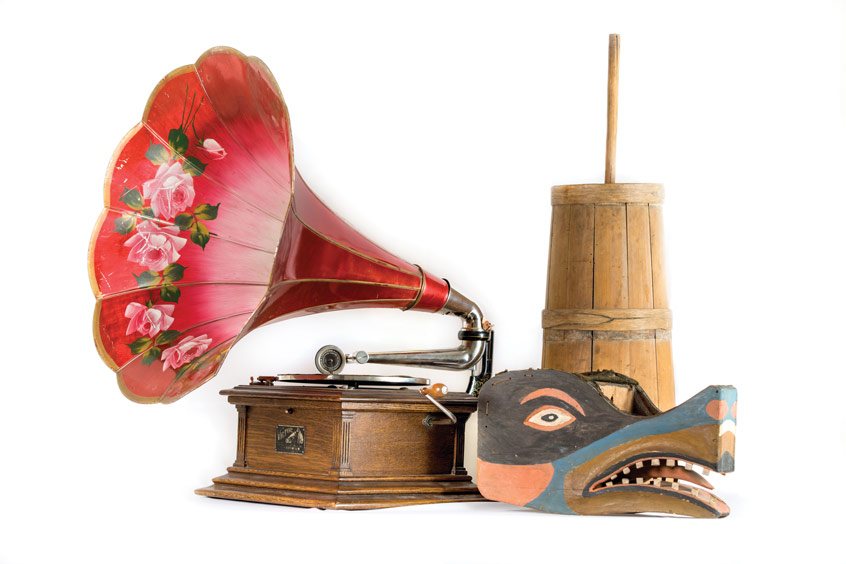 To help his Beginning Painting students learn to work with oil paints, Rick Martinez references a Victrola Victor III phonograph and morning glory horn, a butter churn and a S’Klallam Native American wolf mask. “They were used primarily as objects with very different shapes, colors and textures than what we usually start with,” Martinez said. “Since learning to paint is largely learning to ‘see,’ it helps to have things that really make us highly aware of what we are looking at. On top of this, they are probably not items the students have seen before—really different from objects in our everyday culture.” 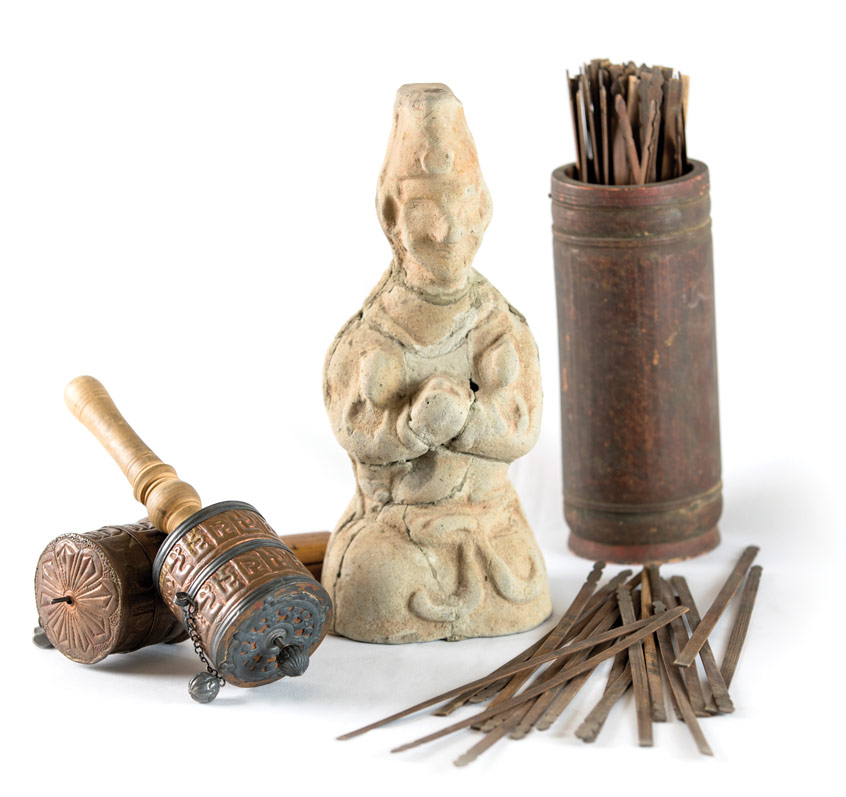 In his classes on Chinese religion, culture and society, Chas McKhann discusses how the Han Dynasty terracotta figurine would have been entombed with its owner, serving as a representation of the dead man’s servants and slaves. The Tibetan prayer wheel, inscribed with many iterations of a Buddhist holy mantra, allowed chanting supplicants to “recite” the prayer many times with a single turn of the wheel. The set of 64 bamboo divination slips was used to understand the universe better, which in the traditional Chinese worldview is a complex system of physical and social relations. “One shakes the container until one falls out, and then consults the ‘books’ to see what it means,” McKhann said. “The number 64 is tied to the famous divination text, the Yi-ching.”