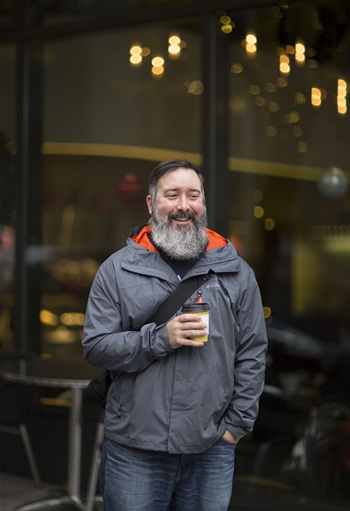 When Rick Turoczy '93 was a student at Whitman, he had only just gotten his first email address. He vividly recalls writing essays in the campus computer lab while fellow students jockeyed for their turn to type. An English major and club lacrosse coach, he thought he might become a literary agent after graduation.

Twenty years later, his name has instead become synonymous with the Portland startup scene. Turoczy is the cofounder and general manager of PIE, or the Portland Incubator Experiment, an organization that provides mentorship and seed money for startups with backing from local advertising giant Wieden-Kennedy. His popular Portland tech blog, Silicon Florist, has been featured on Mashable. He's known around town as Portland's startup guru, and with an active Twitter following of more than 15,000, he's well on his way to joining the ranks of other Portland tech celebrities like Linux founder Linus Torvalds or Ward Cunningham, the computer programmer who developed the first wiki.

Returning to Walla Walla for the first time since his five-year reunion, Turoczy met with students in Associate Professor of Computer Science Janet Davis' class and delivered the Sava and Danica Andjelkovic Endowed Lecture. He titled his talk "A Series of Happy Accidents: How Whitman Prepared Me for the Startup Career I Didn't Even Know I Wanted."

WHITMAN MAGAZINE: So, in a nutshell, how did Whitman prepare you to work with startups?

RICK TUROCZY: I'm always amazed at the ability of people who come from a liberal arts background to embrace the chaos that is startup activity, because you're always doing so many things at once. Here in Portland, I see a ton of people from Reed College and Lewis & Clark College working on startups, and I also see people from the bigger schools like Oregon State University or the University of Oregon, so it varies. But I do believe that liberal arts students have some unique skills that are useful for those very early stages of building a company. The way you've been educated has applications beyond just the theoretical—you're used to juggling different subjects simultaneously, and your brain being wired that way is applicable to the business world in really interesting ways. Startups let you tap into that.

WM: Your company, PIE, helps launch new Portland startups. What does that entail?

RT: We always say we’re an accelerator, and that could be positive or negative. We had one startup that, through the course of the program, built a great product and had a great launch, but they couldn't get traction. There wasn't a good balance of responsibility in the team, and it wasn't sustainable. But we consider that a success because we "accelerated" their failure. Sometimes we have startups come out of PIE that might be doing really well, but we don’t feel like we ever cracked through that veneer—every entrepreneur has a tendency to walk around with this attitude of "everything is great!" When they start coming to us with questions and revealing problems that they're having, those are the kinds of things that let us know that we've actually made progress, and we've established that trust that allows us to have much more effective conversations and really help propel them forward. It's very much like a physician or a healthcare provider, when a patient can describe the symptoms but they might not realize what the underlying condition is.

WM: You once attempted your own startup. How did that go?

RT: My own startup experience—[with] one of the products that my cofounder and I tried to build—we literally go back and read books today about all the wrong things to do, and we went by that book. Back then, and this was around 2006 that we really buckled down, LinkedIn was just a résumé site. It didn't have a lot of feedback functionality. I'd been working in startups and my cofounder had been working more in corporate settings, where he'd have an annual review process but it wasn't addressing questions that were important to him. We realized that every time we bounced around to a new job, even if we had great feedback, it was locked in some HR filing cabinet that we didn't have access to when we were applying for the next job. So the idea was to create an online tool for that, and hopefully get acquired by LinkedIn.

Our problem was we didn't test it enough to find out if there was even a market there. We spent a lot of time making it pretty but not enough time getting it out there and asking for feedback. It kind of got to the point where it was a product that no one could really understand why they needed. It's almost laughable how we couldn't have planned it any worse. It was the epitome of a failed startup. But it taught me that I was not the guy to be the CEO or the face of a company—that's what I really learned. Looking back, I'm like "duh!"—I'd always been the coach, I'd always been a better editor than writer, I was always better at marketing what someone else was doing than what I was doing. And I derive far more satisfaction from that, too. So then the light bulb came on [that I should] help other people not repeat the same mistakes, so that they can make new mistakes. When I see a founder of a startup today wrestling with similar issues, I can remember what it's like to think you nailed something and then have it fail.

WM: After your talk at Whitman, you tweeted you were "psyched that half the students attending were women." Why is it so important for the tech community to be more inclusive?

RT: To put it bluntly, a bunch of white guys aren’t going to solve the world's problems. We need a much more diverse group looking at solutions. I don't think it’s going to be easy and I don't think it's going to be a quick fix, but we're working on it. At PIE, we've always been really lucky to have about a quarter of our startup founders be women. We've always been really happy that there are at least a few women in our accelerator classes. I'm excited about the potential Portland has to work on gender inclusion and with communities of color—I think there are some really interesting opportunities there that, in the long term, are going to present us with some much better products and much better companies. I'm looking forward to mentoring and advising the next generation of upstarts, aficionados and cheerleaders, because it is they who are really going to be able to move the needle for Portland and its startup scene.

WM: What else appeals to you about startup culture in Portland?

RT: Portland is big enough to be statistically relevant, but it's way smaller than the Bay Area and it's a little more social. It's less about the ridiculous valuations and consumerfacing technologies, and more about building sustainable models that help people do their jobs better. 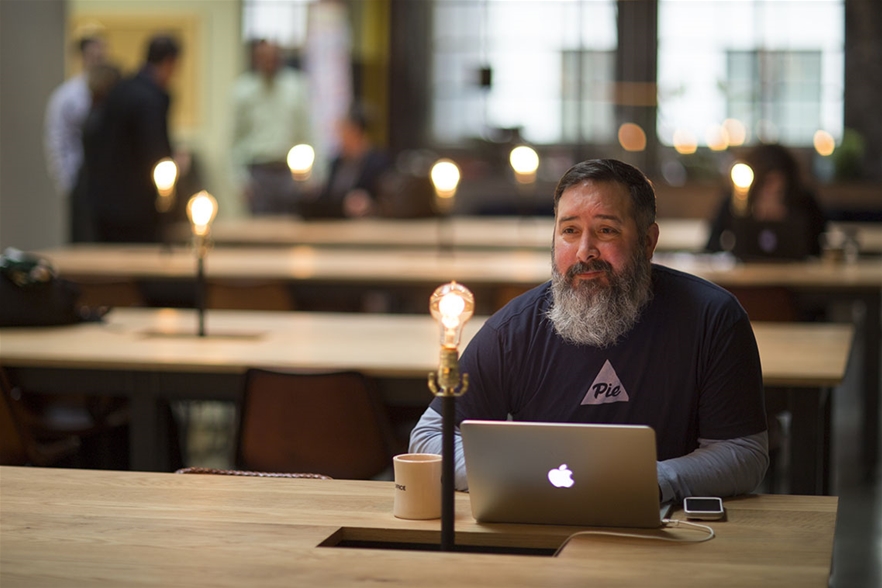 WM: When did you first become interested in technology? Have you always been a computer nerd?

RT: I've been mucking around with computers since I was about nine. The internet is one year older than me. Technology has always something I'm not doing as efficiently as I should be, and that can be really frustrating.

WM: So, what's the story with the beard?

RT: It's just kind of one of those Portland things [laughs]. Everyone has to go through their Portland beard phase. I started with Novembeard last year and was like, "I have no idea what I'm doing," and that's still kind of where I am with it now. The other thing that's funny about it is I know quite a few people in town and I try to be out and about, but it still has that kind of shock value when people see me with it who haven't seen it before. Once that wears off I'll probably shave it.

WM: In a field that's all about networking, is it ever a disadvantage to be from such a small college?

RT: For a college as small as Whitman, it never ceases to amaze me how you'll always run into someone with a connection. [Oregonian technology reporter] Mike Rogaway '93 graduated in the same class as me, and it's so funny that we both wound up in Portland covering exactly the same things. Another random one is with [Assistant Director of Alumni Relations] Jason Arp '94—his cousin moved to Portland to cover tech here, too. I think Whitman has always been a great school and I got a ton out of it, but as I've watched it mature, it's become far more recognized and competitive. That's been really funny to me, because I feel like I'm trading off the college's reputation that has been built since my departure. Still, the students I met during my visit reminded me of the people I went to school with—super smart, some were wicked smart but way too shy, some were smart and very confident and willing to put themselves out there. They asked very thoughtful questions and were super engaged. There's a reason the school has remained so good for so long, and it's continuing to attract these really bright students.

WM: What's your advice for all the young entrepreneurs hoping to make it big in tech?