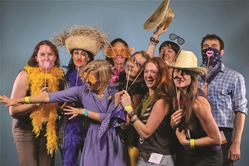 With these demographics in mind, Director of Alumni Relations Nancy Mitchell worked with Vice President for Development and College Relations John Bogley '85 on ways to develop lasting relationships with young alumni.

As a result, the Young Alumni Outreach Program was initiated as a means to engage Whitman's growing population of recent alumni.

"One of the perennials of Whitman is the deep sense of connections students feel among their peers, faculty and staff while they're on campus. Whether you graduated in 1930 or 2014, that hasn't changed much," Bogley said.

"As the world has become faster-paced, as people have spread out geographically, we want to stay deeply connected to the people who went to this school. The Young Alumni Councils are a way to build deeper connections with our most recent graduates as they head off to graduate school or into their first jobs."

To this end, groups of dedicated alumni volunteers from the graduating classes of the past decade are helping to build a culture of engagement between Whitman and its young alumni, specifically by inviting graduates in Whitman's largest markets to serve on Young Alumni Advisory Councils. These members are helping Whitman create programming ideas, encouraging attendance at alumni events and assisting with fundraising among young alumni.

Liesl Olson '11, an alumni relations officer, is working to develop these councils, first in the Bay Area, and then in Portland and Seattle this winter.

"We had a successful first meeting in October for the Bay Area and I look forward to working with the Seattle and Portland councils after the New Year," she said.

According to Olson, these councils represent excellent opportunities for young alumni to remain engaged with Whitman after graduation and to give back to the college.

"These groups are paramount in finding new and innovative ways for young alumni to tap into the Whitman alumni network, and create young alumni events for recent graduates to stay connected," Olson said.

Alumni Association events facilitate connections between alumni and former faculty members. These events keep alumni abreast of what is going on at the college. Whitman's goal is to offer intellectually stimulating presentations and-for young alumni-low cost adventure travel opportunities. They currently offer a mixture of social, educational and experiential events throughout the calendar year in cities all across the country and in the U.K.

"More than 16,000 alumni are members of the Association and they are critical to the success of the institution," Mitchell said. "They serve as resources for students and other alumni, they volunteer by serving on various boards and within their geographic areas, they refer prospective students and they support the college financially. The sooner we engage alumni and strengthen their connection to the college the better."

Discovering a New Species of Fish

Trench, located in the western Pacific Ocean, biology professor Paul Yancey and students Anna Downing '16 and Chloe Weinstock '17 made a number of discoveries that included new species of fish living at the greatest depths ever recorded. 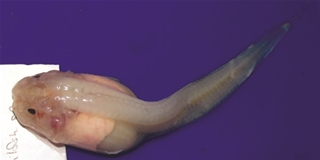 At a depth of 8,145 meters (26,900 feet), scientists found a completely unknown variety of snailfish, which was filmed during seafloor experiments. The white translucent fish had broad wing-like fins and an eel-like tail, and slowly glided over the bottom. While the deepest fish ever seen was only captured on video, Yancey's team did hook a new species of snailfish (photo left). For now it's called the new Mariana snailfish species number 1, and was at 8,000 meters (26,400 feet). Previous work by Yancey on animals found at moderate depths revealed certain organic molecules that protect cells from the effects of enormous underwater pressure. Research aims to show whether these molecules also help deeper-living species.