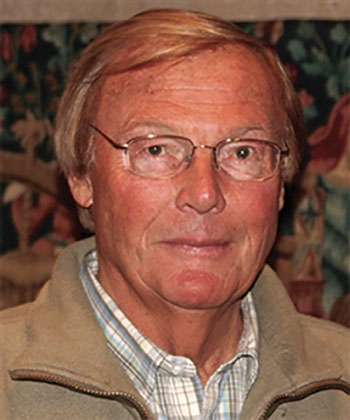 William Anderson (stage name Adam West) ’51 died on June 9, 2017, in Ketchum, Idaho, after battling leukemia. TV fans of yesteryear knew him as the original Caped Crusader—star of the campy action comedy Batman (1966-68). Later generations embraced another of his cartoonish characters, the mayor of the satiric animated series Family Guy, from 2000 through this season.

But Whitties perhaps most appreciated his enthusiasm on campus. The English major and psychology minor participated in Beta Theta Pi, the economics club, choir, debate and theatre; contributed to the yearbook and magazine; and played numerous sports, including skiing, swimming, track and water polo. A Walla Walla native, he inherited Whitman ties from his parents, father Otto West Anderson ’27 and mother Audrey Speer Anderson Silvo ’28.

Early entertainment credits included being a disc jockey and hosting a children’s TV show in Hawaii. His first Hollywood gig was on the Philco-Goodyear Television Playhouse in the mid-1950s and his feature film debut was in 1959 in The Young Philadelphians, starring Paul Newman. Bit parts on TV followed in westerns such as Lawman, Sugarfoot, Cheyenne, Colt .45, Maverick and The Rifleman before he became a regular for a season on The Detectives. West then appeared in Robinson Crusoe on Mars in 1964 and The Outlaws Is Coming, opposite the Three Stooges, in 1965, among other flicks, prior to assuming the guise of the Dark Knight on TV. 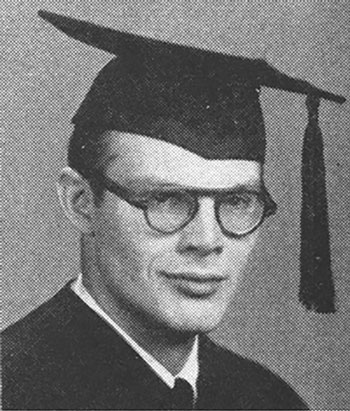 In fact, West played or voiced Batman on no less than 12 projects from 1966 to 2017, interspersed with scores of guest appearances as an actor elsewhere.

“Adam and I had a special friendship for more than 50 years. We shared some of the most fun times of our lives together. Our families have deep love and respect for each other. This is a terribly unexpected loss of my lifelong friend. I will forever miss him,” said Burt Ward, who portrayed Batman’s sidekick, Robin, on the cult classic.

“Adam West was a joy to work with and the kind of guy you always wanted to be around. His positivity, good nature and sense of fun were undeniable, and it was always a big jolt of the best kind of energy when he walked in to record the show,” added Family Guy creator Seth MacFarlane.

The city of Los Angeles honored West shortly after his passing by lighting the Bat-signal from City Hall. The Bat-signal also illuminated downtown Walla Walla from the top of the Marcus Whitman Hotel and Conference Center.