President Murray: A Capacity for Empathy 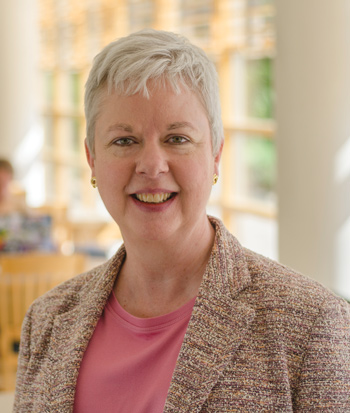 In May, I joined the Whitman community in celebrating the 130th Commencement for the college and my first Commencement as the college’s 14th president. I thoroughly enjoyed sharing this event with the members of the Class of 2016; their parents, other family members and friends who have supported them throughout their lives; the faculty and staff members who worked with them during their Whitman careers; and the members of the Class of 1966 who were back on campus for their 50th Reunion. What a wonderful day!

I told the graduates that I wanted to talk with them about two things on their special day—one attribute I hoped they would continue to pursue, and one that I hoped they would avoid. I find myself continuing to think about both of these concepts as I try to understand how to respond to the horrifying events and the disturbing rhetoric surrounding all of us this summer.

I urged the students to continue to develop their capacity for empathy, for the ability to understand, even to share the feelings of others, to experience life as if they were standing in someone else’s shoes. I hope that many of their experiences at Whitman helped them to build this capacity, as they lived and learned with people from different parts of the country and world, different racial and ethnic groups, different socioeconomic backgrounds, different political and religious views. William Sloane Coffin defined the root of evil as “the absence of imaginative empathy for others.” Maya Angelou said, “I think we all have empathy. We may not have enough courage to display it.” Our ability collectively to make the world a better place depends, at least in part, on having the courage to combat evil by displaying imaginative empathy.

The attitude that I encouraged them to try to avoid is cynicism, which derives from a belief that people are generally dishonest and motivated solely by self-interest. I work hard, even if I am not always successful, to base my work on the assumption that people are looking out for the best interests of others, and I hope people will give me the same benefit. The distrust and disillusionment that results from cynicism squashes creativity of thought and limits meaningful civil discourse, both of which are essential if we are to make the world a better place. H.L. Mencken famously said, “A cynic is a man who, when he smells flowers, looks around for a coffin.” I told the new graduates that I hoped they would look for the flowers.

I want to add one other idea to this mix, and that is the concept of grace. My good friend Kazi Joshua, our vice president for diversity and inclusion, has reminded many of us of the importance of extending grace to each other when we are engaged in difficult dialogues. We need to work to maintain a generosity of spirit toward each other, recognizing that we will all make mistakes, but that we should have an opportunity to acknowledge and apologize for those mistakes without coming under attack and without shutting down the dialogue. We will disagree some of the time, but we should strive to express our views and listen to disparate views respectfully.

As Whitman students return to campus this fall and try to make sense of all they have experienced in their lives and particularly during this turbulent summer, and as all of us look ahead to what we can anticipate will be a divisive political season, I will be encouraging the Whitman community to engage in difficult dialogues, embracing empathy, avoiding cynicism and granting grace to each other.