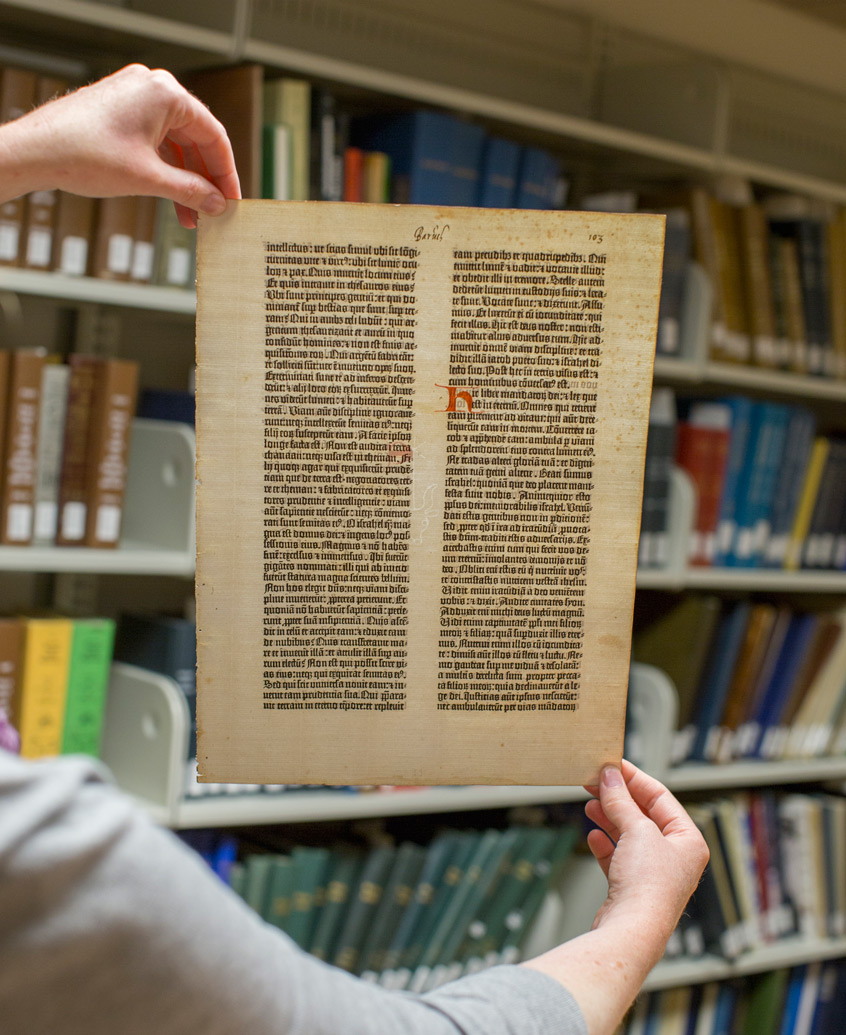 The Gutenberg Bible, also known as the “42-line Bible,” was completed in 1454-1455. Of the 180 copies that were produced, 47 more or less complete editions are still in existence, each consisting of 643 leaves. There are also fragments of only one or a handful of leaves, like the one pictured above.

Held in the Whitman College and Northwest Archives, it is unclear how this leaf came into the college’s possession. Though some were printed on vellum, others, like this one, were printed on paper manufactured in the Alps and shipped down the Rhine to Mainz, Germany, where Gutenberg and his associates worked.

Paper was purchased in several installments, with different watermarks on each, sometimes in the form of a grape cluster, sometimes taking the shape of a bull’s head (as seen above). According to German librarian and historian Paul Schwenke, the printing process was done across six presses, each printing sections of the book concurrently. The leaves were then embellished by hand with elements such as colorful images, large drop capital letters and borders.