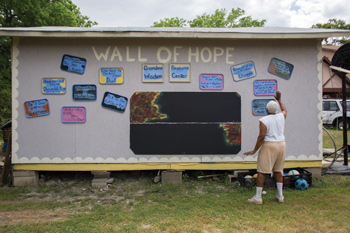 What’s the difference between a cocktail waitress and a stripper?

Invisible in Austin is a scholarly “examination of the lived experiences of social suffering in Austin—a thriving, rapidly-growing, highly unequal and segregated technopolis.”

Doctorial candidate Caitlyn Collins ’08, a contributing author for Invisible in Austin, shadowed Edwards for the book, which chronicles the hidden side of the city known for music and entertainment, profiling people like Edwards, who became marginalized once their dreams deferred. 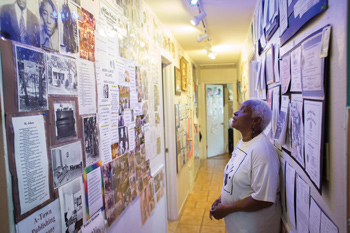 Collins wrote that Edwards turned to stripping after a series of low-paying jobs stubbornly failed to pay her bills. Edwards also began taking her clothes off for money because, “Raven at times also finds more appreciation, stability, enjoyment and independence working as an exotic dancer at a gentleman’s club,” Collins wrote.

Collins is a doctoral candidate in the department of sociology and a graduate fellow in the Urban Ethnography Lab at the University of Texas at Austin. She studies gender, work and family dynamics in the U.S. and Europe. Her research has been published in Social Science and Medicine, the Journal of Divorce and Remarriage, Michigan Family Review and in a book titled Childhood and Consumer Culture.

For more information about Invisible in Austin: www.othersidesofaustin.com.