This year marks the 50th anniversary of the landmark gender equality legislation Title IX, which transformed women’s sports in high schools and colleges—including Whitman College. But the history of women’s athletics at Whitman goes back well before 1972. Whitman athletics involved women as early as the men, and women were forerunners in several sports.

They Were Number One

On a warm evening in May 1897, the Walla Walla community—both town and gown—gathered to watch the area’s first-ever public basketball game. Staged by Whitman College as a means to raise funds for a new residence hall, the event was held in a downtown building then used as an armory because the college didn’t yet have an indoor space large enough to accommodate the court and spectators. 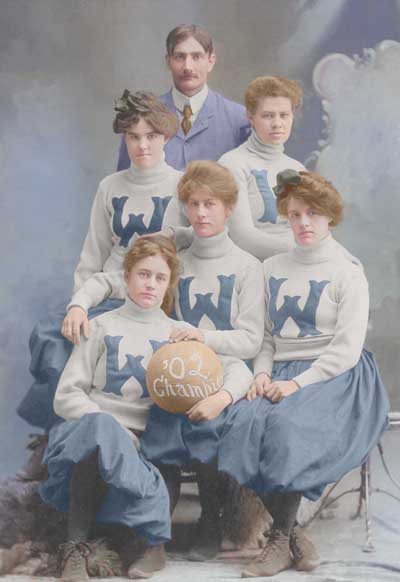 The entertainment during the intermissions included orchestra performances and ballroom dancing. And the ball players? Young women—Whitman’s first collegiate basketball team—
who scrimmaged for the local crowd, Bloomers vs. Skirts.

It had been fewer than than five years since James Naismith, a physical education teacher at the International YMCA Training School in Springfield, Massachusetts, invented basketball to keep his male students active when harsh New England winters prevented them from going outside to play football and lacrosse. It proved popular, and soon spread to other YMCAs and colleges in New England. Less than a year later, a gymnastics coach at Smith College introduced basketball to the athletics program of the women-only school in 1892.

That’s where it caught the attention of Pearl Gunn, who left Smith in 1895 to become an instructor in music and German at Whitman College—where she also became the school’s first basketball coach.

Whitman’s first intercollegiate basketball game was also played by women: Whitman defeated the women of Washington Agricultural College (the predecessor of Washington State University) 15-12 in March 1902. Later the same year, President Stephen Penrose announced that women would no longer be allowed to play basketball against other colleges, stating that “… the girls are under enough strain and expend enough nervous energy in the contests at the school without engaging in intercollegiate games.”

Whitman College women would not play another intercollegiate basketball game until the
1969-1970 season.

Raymond “Vince” Borleske, Whitman’s athletic director from 1915-1947, is a well-known figure in Whitman sports—thanks especially to the stadium that bears his name. His wife, Mignon, was a force herself. She contributed significantly to Whitman’s reputation as an excellent school for women by championing women’s intramural sports programs. She also oversaw the college’s first women’s intercollegiate tennis tournament, held on the Ankeny courts in May 1921 against the University of Idaho. In December 1931, during the Great Depression, the Northwest Conference ended tennis competition due to costs. When women’s varsity tennis was reinstated in 1934, Mignon Borleske was still there, coaching. Though varsity tennis fell off again in 1940, she oversaw women’s intramurals through the end of her Whitman career. In honor of her service, the Mignon Borleske Award was established in 2009 for Whitman’s top woman athlete each year. 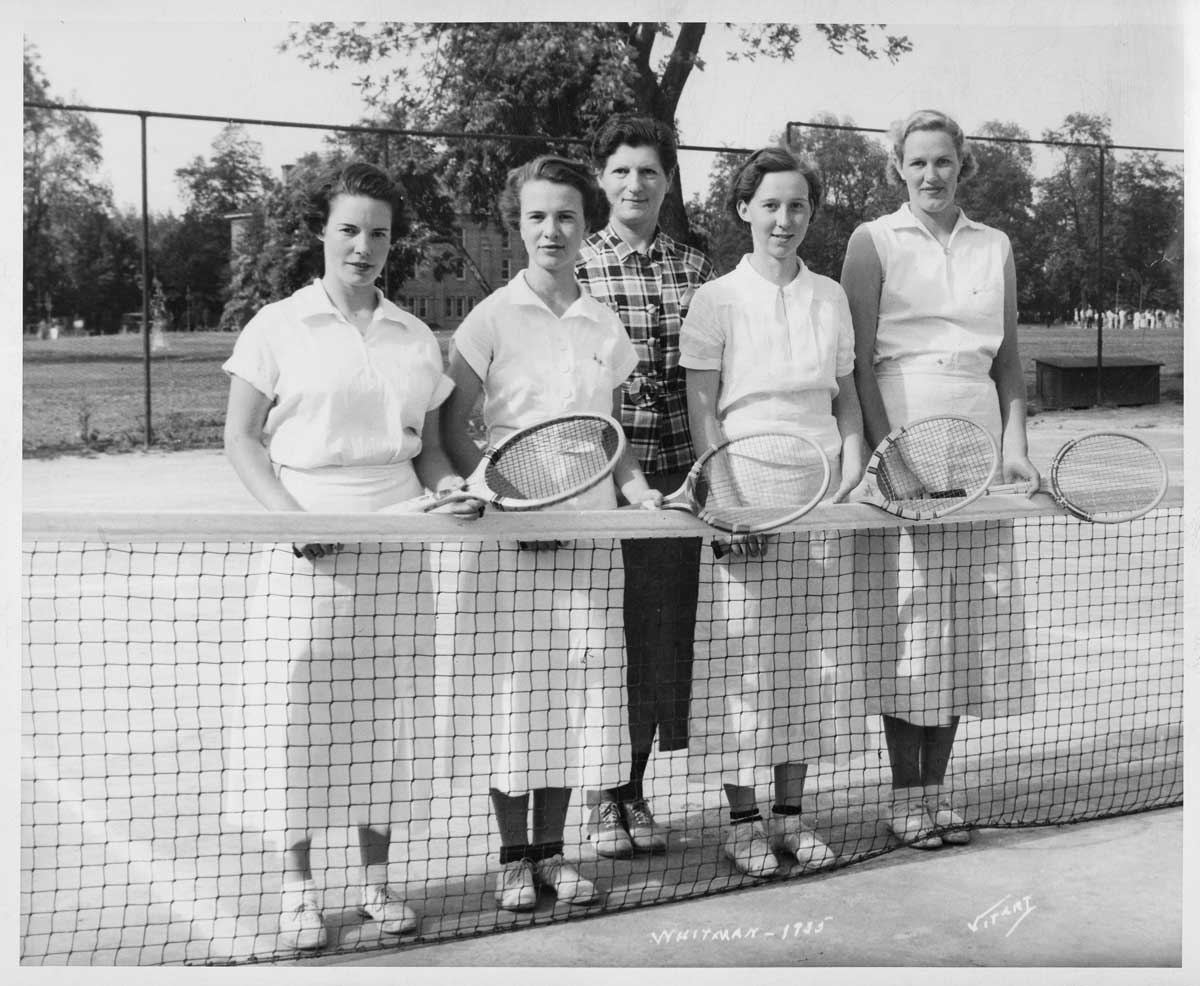 In a 1902 edition of The Pioneer, coverage of Whitman’s first intercollegiate basketball tournament—played by women—included the line: “ ... the basketball heroines looked most charming in their new college sweaters and W’s.” Flipping through archive copies of the Waiilaptu, Whitman’s yearbook, reveals more references to women athletes’ appearance and demeanor that by today’s standards seem to diminish their accomplishments on the fields and courts.

The language is no accident, says Kaitlyn Patia, assistant professor of rhetoric, writing and public discourse. “I think the comments about the women athletes’ appearance, emphasizing their (good) looks, definitely relate to the concerns that physical activity would masculinize women,” she says, adding that doctors of the late 19th and early 20th centuries used medical diagnoses not based in science to curtail the physical activity and mobility of women. One example: “bicycle face,” a term coined by doctors who claimed using the newfangled means of transportation—and therefore freedom—could lead to undesirable and possibly permanent features such as a clenched jaw and bulging eyes. These conditions extended beyond appearance to misplaced concerns that vigorous activity could damage women’s well-being, particularly with regard to mental and reproductive health, adds Patia.

Attitudes toward women in sports have come a long way since then, but recent controversies such as compulsory skimpy uniforms for Olympic volleyball players and criticism of tennis star Serena Williams’ on-court outfits show that the preoccupation with women athletes’ appearance continues. 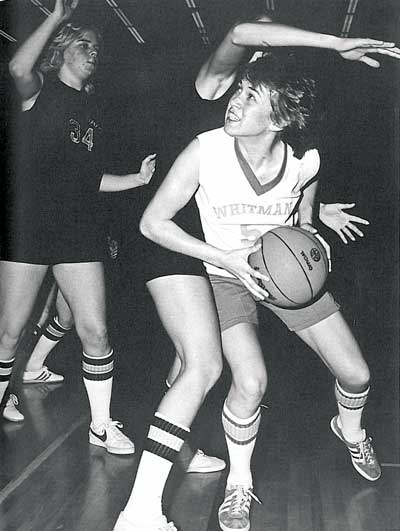 Although intramural and club offerings for women started expanding in the 1930s to include sports like fencing, skiing and field hockey, intercollegiate and varsity athletics opportunities fluctuated, often disappearing for years—or even decades—at a time.  Reasons ranged from misplaced concerns about women’s health and hardiness to a lack of competitors at other Pacific Northwest colleges. It wasn’t until the late 1960s that women’s varsity teams were established on a permanent basis. Tennis came first in 1968, with basketball following in 1969 and volleyball in 1972.

This was the beginning of a new era of women’s athletics at Whitman—with advancements prompted in part by societal changes and student demand. Another contributing factor was a 1968 report by a consultant the college hired to assess its athletic department, which pointed out “the indefensible situation that provides one woman [athletics] staff member to five male staff members ... in a college of 450 women and 650 men.” The enactment of Title IX helped ensure the women’s athletics program grew—today, Whitman offers nine varsity sports for women and eight for men.