Shannon Zander ’19 applied to Whitman College for basically one reason: the application was free.

“My mother was very much stressing out about college applications — they were $50 apiece. So, the evening of the deadline for the fee waiver, I sat down and power-wrote my essays predominantly as a way to say, ‘Look, Mom, I applied to a place. It’ll be fine,’” said Zander, who is now a senior studying classics and philosophy. “And lo and behold, I got in.”

Raised by a working-class single mom, the first-generation student accepted her place at Whitman sight unseen.

“I was terrified. I had never been to Whitman before I accepted,” said Zander, who is from Colorado Springs, Colorado.

It was spring 2015, and unknown to Zander, a team of people at Whitman College were preparing to launch the Summer Fly-In Program, an initiative that would change the trajectory of her college experience and that of other first-generation/working-class (FGWC) students like her.

The college held its first Summer Fly-In in July 2015. The program went from idea to execution in just months, said Associate Dean of Students Juli Dunn. This May, the first cohort of Fly-In students will graduate.

In the spring of 2015, Dunn and Associate Dean of Students Barbara Maxwell, who oversees orientation and student activities, were already talking with members of the college’s FGWC Club about the best ways to help FGWC students connect with resources. Coincidentally, a donor approached Whitman about providing funding for programming geared toward underrepresented students. One idea for those funds was to provide scholarships to help students participate in the existing Scrambles pre-orientation adventures. But the students wanted something else.

“Essentially, the first-gen students said, ‘Here’s what we need: We need an opportunity for students like us to come to Whitman and really get their bearings and grounding in advance of coming to Whitman,’” Dunn said. “So, we started to think about what a pre-orientation program would look like. I was really concerned about making people choose between a program and a Scramble. Then the students said, ‘Well, what if it wasn’t August? What if it was July?’”

The donor liked the idea, and the Summer Fly-In Program took off in May 2015.

The team worked with Financial Aid and Admission to identify students who were first-generation or eligible for Pell Grants — one indicator that a student comes from a working-class family. Shortly thereafter, students like Zander received a letter inviting them to campus. Fly-In provides round-trip airfare to Walla Walla, transportation to campus, food and accommodations.

For Zander, Fly-In changed everything.

“I remember there was someone with a sign with my name on it to greet me when I got off the plane,” Zander said. “It was this anxiety-discharging moment — that this is the kind of welcome that they were willing to give me.” 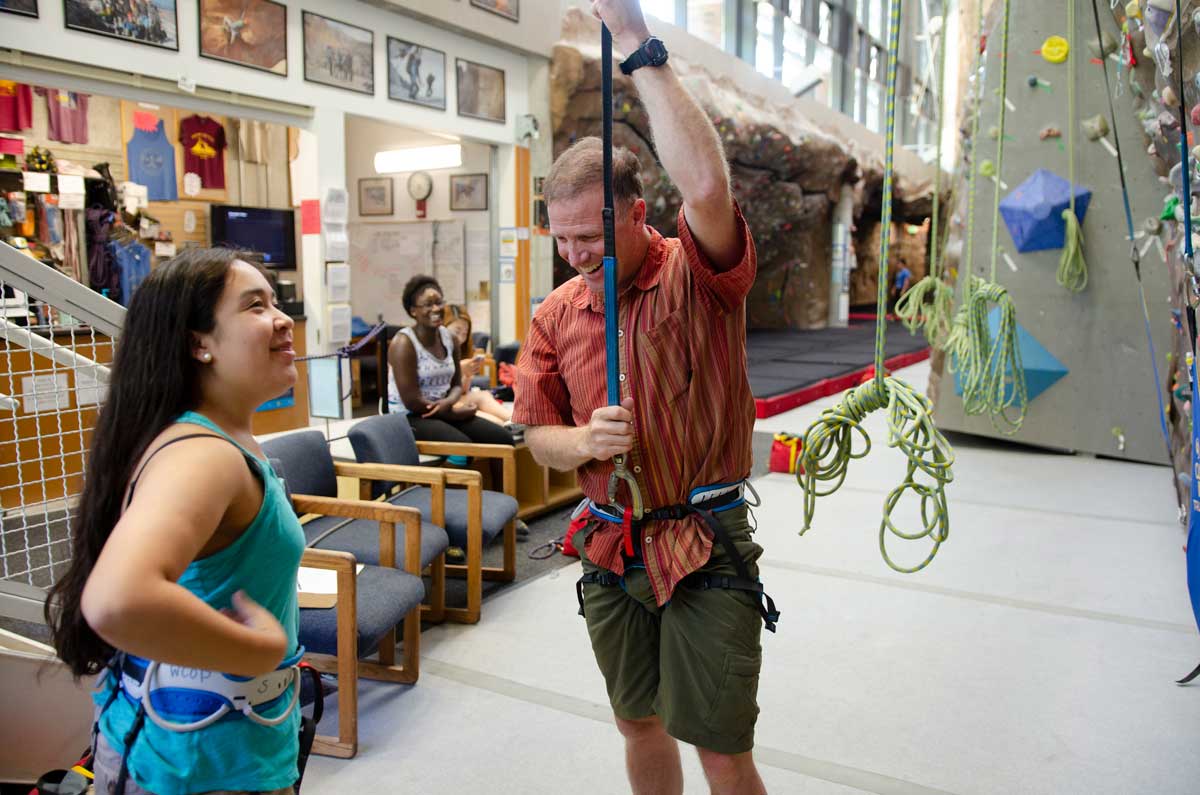 The college hopes that Fly-In levels the playing field for Whitman students.

“Research shows that first-generation/working-class students arrive to college without the social capital and the knowledge of how to access resources,” said Maggi Banderas ’05, associate director of the Intercultural Center. Banderas organizes the student leadership and identity aspects of the Fly-In experience. “They don’t have someone in their family who has gone to college, who knows where to go if they’re struggling. They often face a lot of difficulty accessing resources that are specifically there for them.”

Maxwell recalls the FGWC Club members saying, “Whitman is resource-rich, but if you don’t know what you don’t know, it’s the same as Whitman having no resources at all.”

“All I could picture was that we were the wizard behind the curtain, and unless we could figure out how to pull the curtain open, then it didn’t matter that we had the resources,” Maxwell said.

Summer Fly-In aims to pull back that curtain. During the welcoming stay, students visit various offices on campus and discover whom to ask for help — as well as how.

“They visit 16 offices over three days, and we work with the offices to not be a dog-and-pony show, and do bare-bones introductions,” Dunn said. “The goal is that students start to get comfortable asking questions of people who they don’t know, so if they get to a place where they’re like, ‘I need to go to Financial Aid, but I don’t know what to say,’ they’ve already done that once.”

For some FGWC students, Summer Fly-In may be the first time they’ve stepped on Whitman’s campus — or any college campus. The structure of academia can be intimidating, and some struggle with feelings that they don’t belong among a community of peers who seem to know where to go and what to do. As part of the program, Banderas and Intercultural Center program advisor Jennifer Lopez ’13 lead the students in discussions about identity.

“Being a first-generation or working-class student is an accomplishment they should be proud of. If they had certain obstacles that others did not have, and they are here and are successful, that’s something to celebrate,” Banderas said. 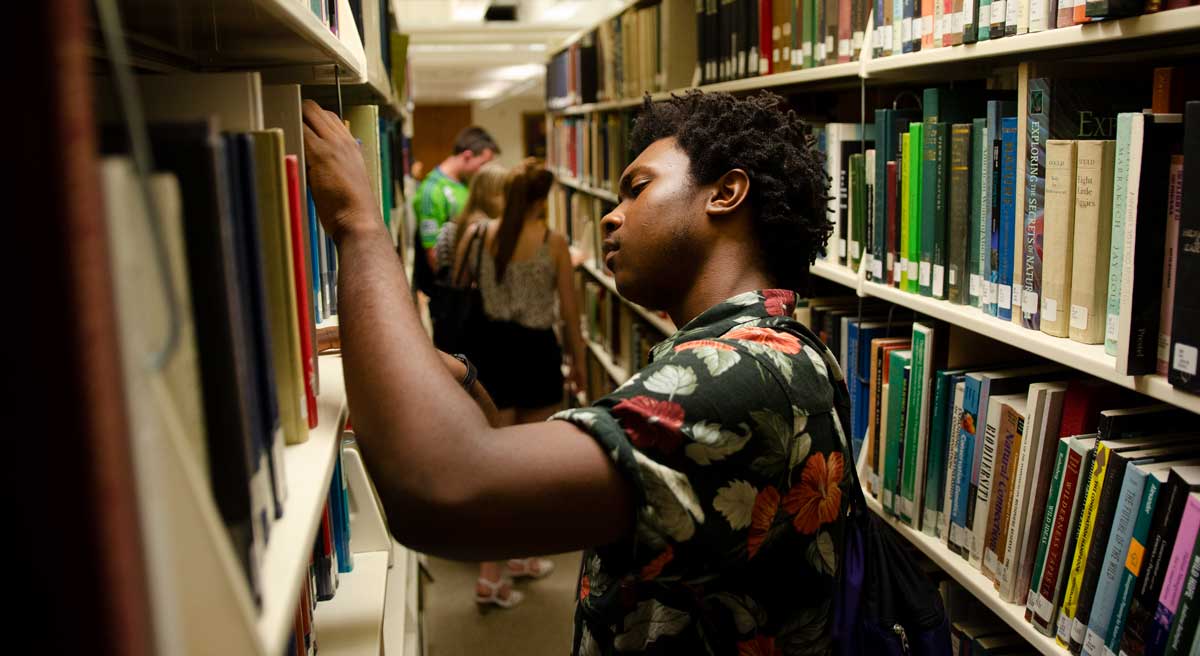 Thirty-two students attended the first Summer Fly-In in 2015. This May, 27 are graduating — that’s a four-year graduation rate of nearly 85 percent, or 5 percentage points higher than the overall Class of 2019! Over the past four years, 183 students have participated in the program.

The organizers have found program participants naturally rise as leaders among their peers, often returning to serve as mentors for future Summer Fly-Ins.

Sociology major Ye Rim Cho ’19 served as a student leader for Summer Fly-In for two years. A working-class student from Los Angeles, Cho said the resources she learned about during Fly-In helped her transition to the college environment.

“We talked to one of the counselors in the counseling center, and she told us specifically about how many first-generation students struggle in college and the transition of being away from your family can be a very intimidating,” Cho said. “I guess I really didn’t think that would apply to me until I started at Whitman — and then realized this transition is really tough. But I knew I could go to the counseling center and use those resources. It helped me out a ton.”

Cho also served as co-president of the FGWC Club, participated in Greek Life, held on-campus jobs in Admission, Financial Aid and the Reid Campus Center, and participated in two off-campus internships. This year, she was vice president of Diversity and Inclusion for the Associated Students of Whitman College.

“I didn’t realize it then that it would affect me this much, but all the knowledge and social capital that I earned going to the Fly-In, it helped me jump-start experiences and leadership skills,” Cho said.

Grant Traynor ’19 also gave back to Fly-In as a student leader. Traynor was raised in a wealthy family in Portland, but his life changed when his parents divorced. He moved with his mom into a motor home, and eventually a small house in Hermiston, Oregon.

He was grateful for the opportunity to participate in Summer Fly-In. The environmental studies-biology major credits the program with helping him face his own privilege and identity.

“It was a really hard experience for me, kind of facing these things, about how maybe I have more opportunities that could be related to my previous wealth or to race,” Traynor said. “That was really hard for me to learn. It was not graceful. I still keep that in mind, how lucky I am and how differences in cultural experiences might affect people’s outlooks and opportunities in life.”

Looking to the Future

Since the program’s launch and the initial donation, 16 alumni, parents and friends have given support to Summer Fly-In. Thanks to their generosity, the program costs the students nothing.

In addition to learning about the resources available at Whitman and how to navigate academia, participants in the Summer Fly-In also get an introduction to academic expectations. Students take a mock-Encounters class, become familiar with the college’s art program and science offerings, and learn tips for working with their faculty advisor.

“I want every single student who this would be a good program for to be able to come and feel comfortable,” Dunn said.

In addition to the FGWC Club, Whitman also offers a mentorship program for FGWC students that connects them with a staff or faculty member. Creating community for underrepresented students further supports the vision of the donor whose gift launched the program.

“I love the program. It makes college accessible to those who don’t have the financial means,” said the donor, who wishes to remain anonymous. “It’s a unique and creative way to integrate people into the community. I like it a lot.”

Like many of the other students, Zander credits the program with giving her the courage to step outside her comfort zone and excel.

“I cannot understate how wonderful it was just being shown around and saying, ‘Here’s this resource. Here’s this one. Here’s the ASWC Office,” said Zander, who served as a senator as a first-year student. “I genuinely believe the Fly-In program set me up to hit the ground running.”

To support programs like Summer Fly-In, go to whitman.edu/giving.