Leah Shaffner ’19 suffers from no lack of energy. Whether playing tennis, skiing or camping, Shaffner loves leading an active lifestyle — almost as much as she loves helping others join in on the fun.

“I really love to ski, but that’s just half the fun,” the Conifer, Colorado native said. “You get to hang out on the lift and get in some nice chatting time. It’s just a lot of fun to get to hang out with everyone and really cool to be doing something that really is an energetic, exciting experience.” 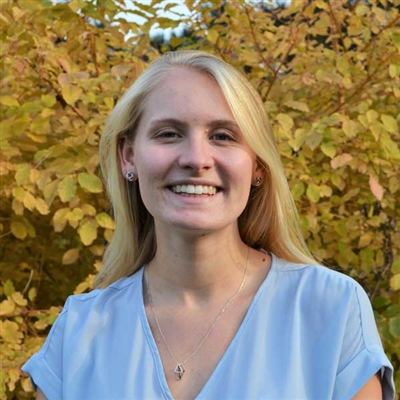 In addition to pursuing a major in psychology, Shaffner won a Special Olympics Youth Innovation Grant in 2018 to jump-start the unified Special Olympics soccer team, picking up where Jeanette Schwensen ’18 left off in 2016. That year, Schwensen captained a team of five Whitman students and five young adults with disabilities. The team played in the Special Olympics Unified Soccer Tournament in Seattle, and won their division. Play stopped, however, when Schwensen graduated. Shaffner hopes the new grant will keep the soccer team active long after she graduates this spring.

“The grant is really exciting because we are going to be able to get our own equipment — jerseys and soccer balls and shin guards and everything to make it more sustainable,” she said.

Shaffner has also played a vital role with the Buddy Program during her four years at Whitman. Sponsored by the Student Engagement Center, the program fosters one-on-one relationships between Whitman students and adults in the Walla Walla area who have intellectual and/or developmental disabilities. Program participants — 25 Whitties matched with 25 community members — meet every other week and spend time playing games, creating crafts and forging friendships.

“The Buddy Program helps connect students to this culture of different abilities, which is a diversity we don’t have as much on campus,” Shaffner said. “I don’t really like to use the word ‘volunteer’ because it implies this power dynamic between the students and the participants with disabilities. It’s really more just about building relationships between people.”

Shaffner has been involved in similar programs since her teen years, first participating in her high school’s adapted physical education program.

Building on that positive experience, Shaffner explored other opportunities with community programs aiding adults and children with disabilities. She volunteered with her local parks and recreation district, working in a summer camp for children with severe developmental disabilities. 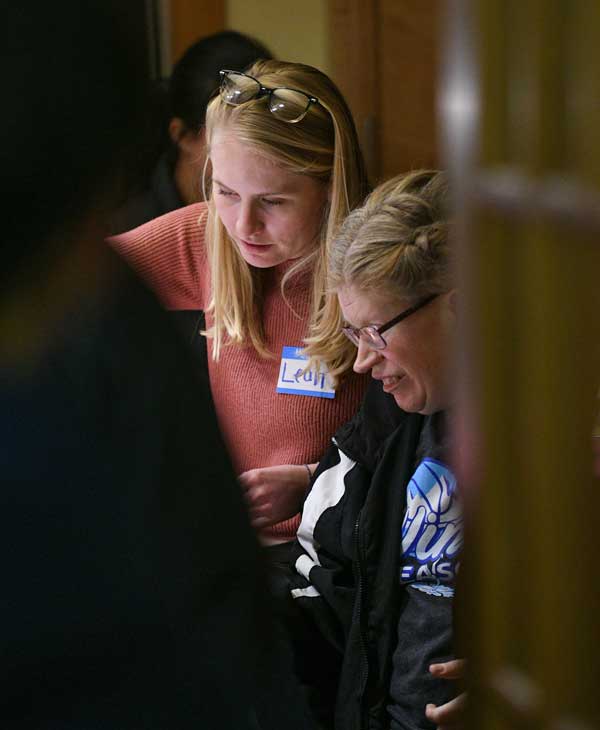 “Those experiences were so interesting to me — they put me on the path of psychology,” Shaffner said. “I came into Whitman knowing I wanted to do something within the disability realm of things.” The drive to help others runs in her family. Shaffner’s mother, a retired teacher, tutors children with learning disabilities.

Shaffner joined the Buddy Program during her first year at Whitman, which led to her involvement with Special Olympics. The father of the buddy she was paired with ran the Special Olympics Skiing Program for Walla Walla. Through him, she got connected to local programming activities, first with skiing, then track and field, bowling and now soccer.

As if that weren’t enough, last summer Shaffner received another grant to work at the Walla Walla Valley Disability Network. Executive Director Cyndy Knight said Shaffner has worked on a long list of projects since joining the network: updating a database of over 300 people; arranging the Adventures in July program, including coordinating all volunteers; writing two grants, both of which were awarded; and leading peer mentor training for middle school and high schoolers on myths and truths about disabilities and how to interact with someone with a disability.

“I learn from her as much as she does for us,” Knight said. “Leah just never fails to impress with her intuition and professionalism. Her planner is one to copy and paste. She fits in all she does because of how organized she is.”

Shaffner said her work for the disability network has made her feel much more grounded in the Walla Walla community and provided inspiration for her life after Whitman.

“Cyndy has been a really great mentor for me, just really willing to show me the inner workings of what it takes to run a nonprofit,” Shaffner said.

Shaffner said spending time with individuals who have special needs has enriched her life in immeasurable ways.

“We have this expectation that everything functions in a certain way and that there are these processes that we have to go through, but really there are so many different ways of doing things and different ways of being,” she said. “I think that mindset applies generally to everybody — that everyone has their own strengths and their own passions and things that they care about.”