Virginia Valentine Hailey ’40 celebrated her 100th birthday last fall. She attributes her longevity, at least in part, to the two years she spent at Whitman, which gave her the view that life can be exciting and useful.

Steve Windell ’62 served as master of ceremonies at the 60th reunion of Seattle Preparatory Academy and led a singalong for classmates. From his home base in Blaine, Washington, Windell’s recent travels included trips to New Orleans, Louisiana; the island of South Georgia, off the eastern coast of Argentina; and Montreal, Canada. He has now visited all 50 states and seven continents, including Antarctica. When he isn’t traveling, Windell serves on boards for Childhaven, The Little School and University Preparatory Academy. He mentors senior business majors at Western Washington University and is a consultant in economic and risk management and an executive committee member for BIS Consulting.

Roger ’64 and Carolyn Ashby von Gohren ’67 celebrated their 50th wedding anniversary. The couple spent a week at Seattle’s Fairmont Olympic Hotel and will make a trip to New England in the fall. The von Gohrens live in Olympia, Washington.

Sue Martin Songer ’67 of Portland, Oregon, was awarded the 2019 Lifetime Contribution Award by the Country Dance and Song Society. In addition to her work as a teacher and psychologist, Songer has been a national leader in the traditional folk music and contra dance scene. She learned to play the fiddle in the ’80s and started to transcribe songs, which have been compiled in “The Portland Collection,” the worldwide-selling series of tune books and CDs. Songer continues to play and teach around the country. “I’m very proud of my mom for choosing this as her life’s work,” said her daughter, Katie Songer ’00.

Greg Kafoury ’68 was selected by the executive committee of the Oregon Trial Lawyers Association as Distinguished Trial Lawyer of the Year for 2018. Kafoury lives and practices in his firm, Kafoury & McDougal, in Portland, Oregon. 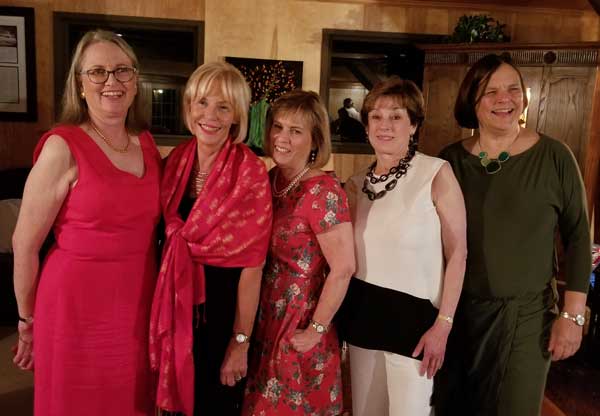 Lynn Brokaw Lichtenberg ’71 of Everett, Washington, retired after 27 years as senior counsel at the Washington State Office of the Attorney General. Her leisure time includes hiking, skiing and playing with grandkids, while volunteer time is devoted to restoring the health of the environment and to the League of Women Voters.

Blaine Metting ’72 and his wife Ann moved to the Palouse hills above Mica, Washington. Their new home is on 10 acres of mature Pinus ponderosa woodland.

The University of Washington Press published “Art in Seattle’s Public Spaces: From SoDo to South Lake Union” by Jim Rupp ’74. Rupp interviewed and corresponded with more than 90 artists to tell the stories of those who commissioned and created these artworks. The book, his second on this subject, features photographs by Miguel Edwards and is organized by downtown neighborhood. 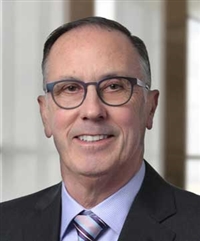 Roger Amerman ’80 has high praise for Janna Privette ’11, who teaches science and coaches cross country for Kamiah High School and Clearwater Valley High School on the Nez Perce Reservation in Idaho. Athletes on her team went to state competition this season with four Nez Perce youth, including Amerman’s son. Amerman commended Privette for the discipline and structure of her practices, and the support and encouragement she provides to her athletes.

Russ Fagg ’83 is planning his next trip with a group of Whittie friends that has been meeting regularly for more than 20 years. Past activities have included skiing, backpacking, tennis, mountain biking, rafting and skeet shooting, throughout Colorado, Idaho, Montana, Oregon and Washington. 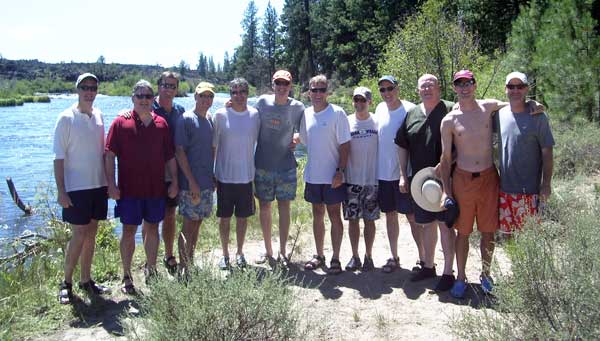 Sonya Christianson Campion ’83 and friends gathered together in the Methow Valley to see Deanne Meek ’83 sing at the Methow Chamber Music Festival. 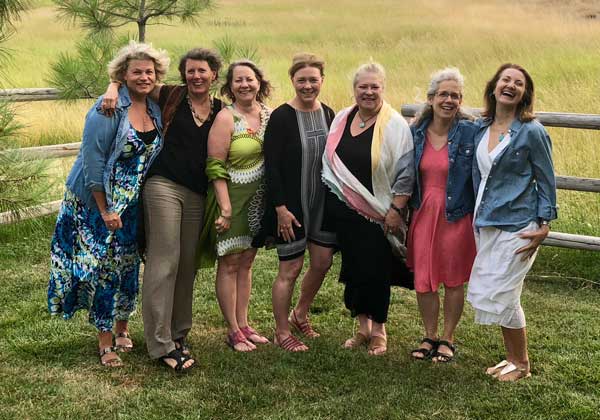 The University of California Press published “Islamic Shangri-La: Inter-Asian Relations and Lhasa’s Muslim Communities, 1600 to 1960” by David Atwill ’89. The book traces a forgotten Muslim thread through the knot of identity, subjecthood and citizenship in 20th century Tibet, offering a fresh perspective on the region’s tumultuous modern history. Atwill is an associate professor of history and Asian studies at Pennsylvania State University in State College, Pennsylvania.

Black Rose Writing, an independent publisher in Texas, published “The Changeling’s Daughter,” the first novel by R. Chris Reeder ’93. The young adult fantasy book was inspired by Welsh mythology and Reeder’s reflections on parenting. Reeder, a theatre major, spent two decades working across the country in professional theatre and turned to writing for a creative outlet when he and his wife had children.

Jason Colby ’97 (profiled in this issue in the article “Animal Advocacy” on Page 33), an associate professor of history at the University of Victoria in British Columbia, Canada, provided details for a Seattle Times series on orca whales, “Hostile Waters: Orcas in Peril.” Colby has researched the issue of orcas in captivity extensively, culminating in the book, “Orca: How We Came to Know and Love the Ocean’s Greatest Predator” published by Oxford University Press. 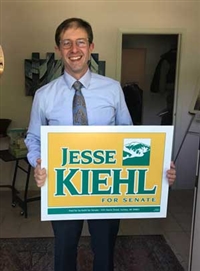 Jesse Kiehl ’98 was elected to the Alaska State Senate representing Juneau, Haines, Skagway, Klukwan and Gustavus. He stepped down from a third term on the City and Borough of Juneau Assembly to begin his four-year term in January 2019. 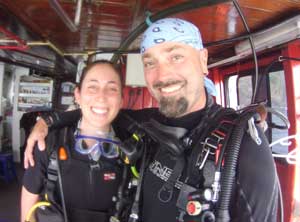 Dan Moore ’99 is director of engineering at Culture Foundry, a digital agency that builds websites, mobile applications and analytic dashboards. He lives in Boulder, Colorado, with his wife, kids and backyard chickens. 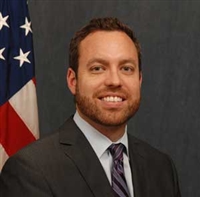 Neil Kornze ’00 is the new CEO of the Campion Foundation and Campion Advocacy Fund. He served in the Obama administration from 2014 to 2017 as director of the Bureau of Land Management within the U.S. Department of the Interior. The foundation, based in Seattle, has directed substantial support to the protection of vital landscapes and wild places throughout the western United States and Canada. A second major focus for the foundation and fund is working to end homelessness in Washington state and across the country. The founding trustees of the foundation and fund are Tom and Sonya Christianson Campion ’83. 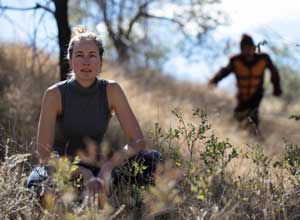 Laura Krantz ’00 launched a podcast called “Wild Thing” about the people who are searching for sasquatch and why this mythical creature continues to fascinate us, even if we don’t believe. She lives in Denver, Colorado, doing freelance editing, writing and production. 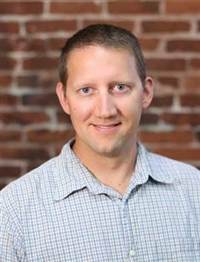 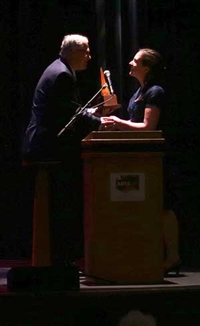 Washington Gov. Jay Inslee presented the Young Arts Leader Award to Leah Wilson-Velasco ’03 in recognition of her leadership of the Walla Walla Symphony. The award is part of the annual Governor’s Arts & Heritage Awards, recognizing outstanding individuals and organizations for significant contributions to the arts and cultural development of Washington state. Wilson-Velasco lives in Walla Walla with her husband Michael Simon ’02, a senior adjunct instructor of music at Whitman, and their two daughters. 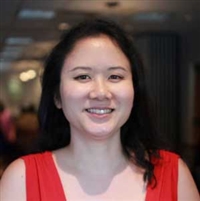 Michelle Wong Young ’03 served on the 2018 Caldecott Award Committee that selected “Wolf in the Snow” by Matthew Cordell as the most distinguished American picture book published in the previous year. Young is the branch manager at the Waimea Public Library in Waimea, Hawaii.

Elizabeth Hawkins ’05 was appointed as an Institute of Current World Affairs (ICWA) fellow in El Salvador from June 2019 through June 2021. An attorney in the Seattle area, Hawkins focuses on removal defense, family-based immigration, asylum and other forms of humanitarian relief. ICWA fellows are immersed in regions around the world to focus on global issues, then they put that knowledge and experience to work back home.

Princeton University Press published “Making Motherhood Work: How Women Manage Careers and Caregiving” by Caity Collins ’08. The book draws on interviews that Collins conducted over five years with 135 middle-class working mothers in Sweden, Germany, Italy and the United States. It explores how women navigate work and family given the different policy supports available in each country. Collins is an associate professor of sociology at Washington University in St. Louis, Missouri. 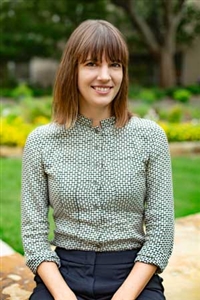 Katherine Davies ’10 earned her doctorate at Emory University and has accepted a tenure-track appointment as an assistant professor in philosophy. She will be researching and teaching in the undergraduate and graduate programs in the School of Arts and Humanities at the University of Texas at Dallas in continental philosophy, ethics and feminist theory.

Jane Lutken ’10 received a National Science Foundation Doctoral Dissertation Research Improvement Award to pursue her research project on “Cross-Linguistic Investigations of Syntactic Creativity Errors in Children’s Questions” in Germany next year. Her project will investigate children’s errors during production and comprehension of questions with multiple clauses.

Katie Lien ’12 earned her doctorate in molecular and cell biology from the University of California, Berkeley. Her thesis research focused on nanocompartments of tuberculosis bacteria. Lien has accepted a post-doctoral position at UC Berkeley. 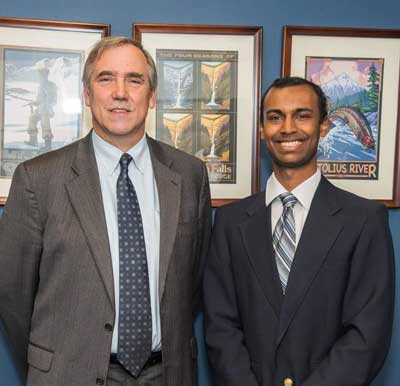 Shyam Das-Toké ’17 worked with the U.S. Department of Energy in Washington, D.C., and briefed several senators, including Oregon Sen. Jeff Merkley. This picture was taken after a briefing on geothermal research projects in the Newberry Volcanic Zone in Oregon. Das-Toké also researched other potential sites for geothermal and carbon capture pilot projects. He is pursuing a master’s degree at Oregon State University in Corvallis. 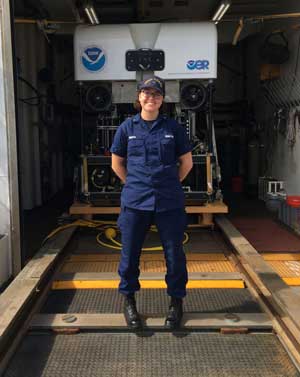 Ensign Gabby McGann ’17 joined the National Oceanic and Atmospheric Administration Officer Corps. She has been assigned to the NOAAS Rainier out of Newport, Oregon, a hydrographic vessel doing survey projects near Alaska and in Southern California.