As executive director of Causa, Oregon's leading immigrant rights organization, Andrea Williams '09 is on a mission to lift up the voices of Latino immigrants and their families. A politics major and Spanish minor, she was inspired to join the movement for social justice for all after taking part in Whitman's U.S./Mexico border trip. She has since dedicated her career to advocating for immigrants through policy change, working at the state and national level to advance issues such as immigration reform, driver licenses, access to higher education and health equity. As the great-granddaughter of Filipino and Japanese farm workers in Hawaii, she also has a personal stake in this struggle. Williams first got involved with Causa through a Whitman Internship Grant, rising in the ranks of the organization to reach her current position. She has paid it forward by returning to Whitman as a guest speaker and hiring Whitman students as interns. 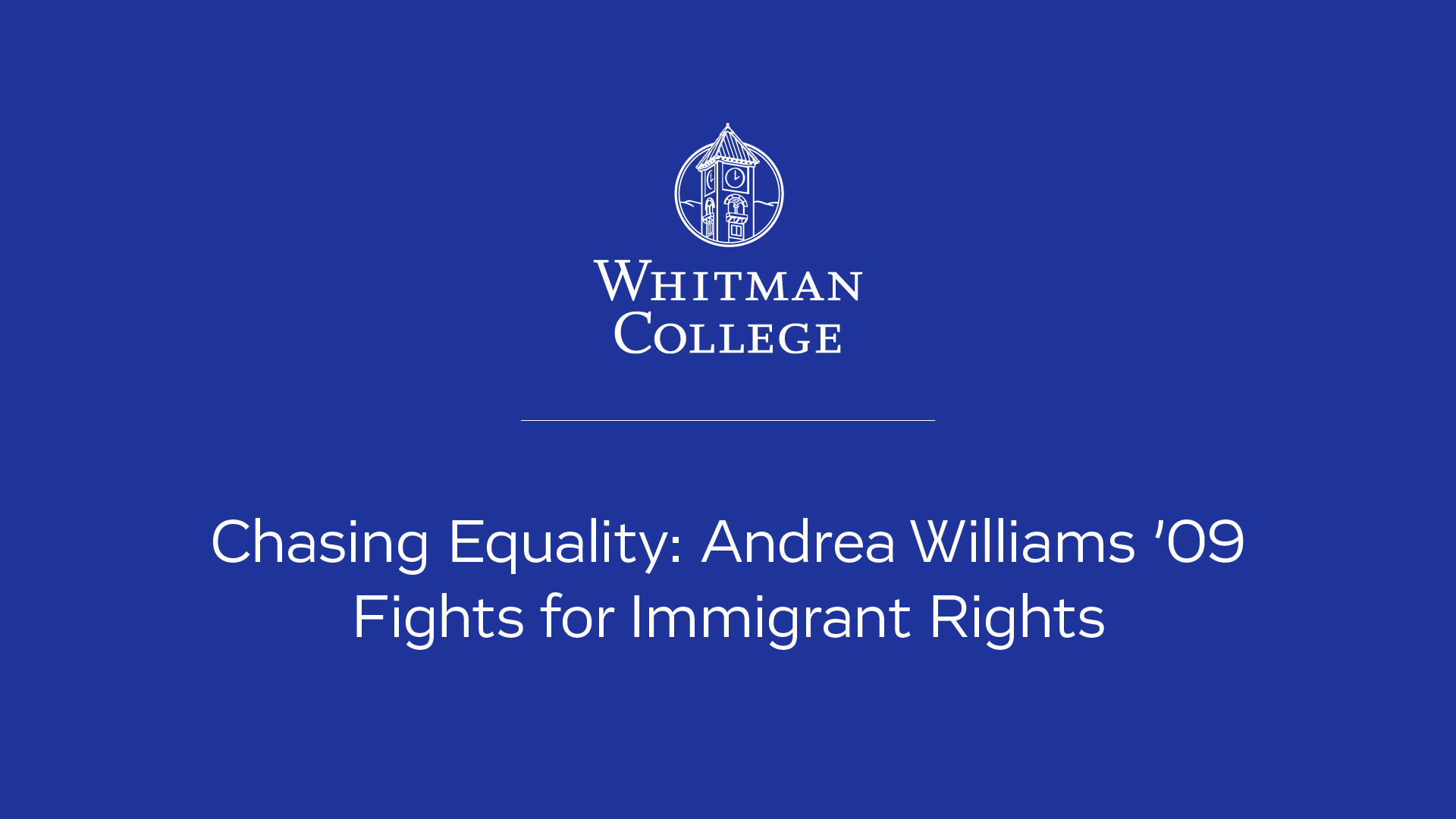