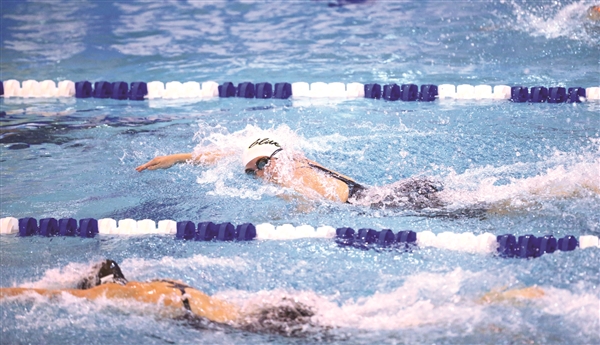 Tai Hallstein '17 rewrote Whitman annals on four occasions. In the 100-yard freestyle, she became the fastest woman in program history in her preliminary heat of 51.02 seconds. Hallstein then bested herself in the consolation final at 50.81 seconds. Also, her 23.50 seconds in the 50-yard freestyle earned the sociology major eighth place—the highest finish ever for the women's squad. Hallstein garnered an All-American certificate for her efforts, a first for the women's team. (Claire Collins '14 was an honorable mention All-American in the breaststroke in 2014.)