Reflections on a decade at Whitman 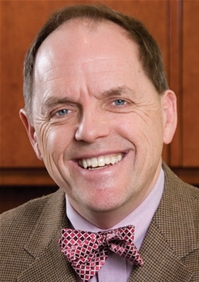 Like many of you, Whitman has profoundly affected my life. Experiences and individuals have shaped countless memories during my decade here. Some memories inspire feelings of joy and great respect for students, faculty, staff and alumni. Others evoke ongoing contemplation and reflection. I feel enormous gratitude for the steadfast support alumni and friends of the College have provided since I arrived in 2005, and also for the multitude of ways you have continued to give during my tenure. Your committed involvement secures the exceptional education Whitman College affords our students. And in the end, memories of moments when the campus united, almost spontaneously, in response to a sudden tragedy or crisis feature prominently; they form a core around which my understanding of and affection for Whitman coalesces.

I came to understand and respect the mission and strength of Whitman most clearly when I had the privilege of teaching an advanced seminar in my field, the sociology of crime and violence. The juniors and seniors in my course had been extraordinarily well prepared—by previous Whitman faculty—to read, discuss and write about complex concepts. The analytical training and theoretical sophistication of those students, and the lively class they helped create, most closely resembled pre-Whitman experiences I’d had with graduate students and seminars. Our semester together expanded my intellectual range, and I felt honored to share in the students’ learning.

Interacting with Whitman students in widely varying contexts has been inspiring; thus, I’m not surprised that during the last 10 years numerous Whitman students have received prestigious academic and service-related scholarships and fellowships—Watson, Goldwater, Beinecke, Rhodes, Fulbright and many more. These awards demonstrate that our students are the academic equals of the most talented college students in the country, and they also affirm that the faculty and staff who encourage and nurture their potential deserve great recognition and thanks. I recently delivered a speech in an urban community to men and women in business. The dean of a regional medical school approached me afterwards, describing how impressed his faculty members were with Whitman graduates, and declaring that they would welcome more of our applicants. The happiest memories I preserve of Whitman all relate, in one way or another, to knowing that our community creates extraordinary opportunities for students.

Clearly, our faculty has preserved and expanded the College’s longstanding commitment to excellence in teaching. I have been inspired by teacher-scholars who devote extraordinary amounts of time supporting and mentoring students. I have also enjoyed learning from and about those of our faculty who incorporate students as assistants in their scholarly work. Whether they are studying life forms in the deepest reaches of the Pacific, the development of the dendritic pathways in neural networks, the correlates of racial prejudice, or the plight of migrant laborers, our students acquire knowledge from faculty while also advancing and discovering new knowledge with them. It has been a privilege to witness and help support these pedagogical partnerships.

I also treasure memories of attending Whitman athletic events. Our varsity teams’ improved competitiveness amply demonstrates the powerful impact athletics has: not only for the students who compete, but also for the spectators. We were thrilled by the spectacular 2014 journey of our women’s basketball team, from the jam-packed Sherwood gym to the NCAA Division III championship game. Also indelibly etched in my memory are Whitman’s first individual NCAA championship in swimming, the stunning 2013 victory of our men’s basketball team over Whitworth (then ranked #1 in the country), and the succession of tournaments culminating in conference championships earned by men’s and women’s tennis. I admire the grit of all our student athletes, and have loved the collective camaraderie of cheering them on.

These recollections are entwined with my recognition of, and deep respect for, our Whitman governing board members. Their dedication enables the College to thrive. Early in my presidency, the trustees and senior staff met at the Johnston Wilderness Center to consider launching the Now Is the Time Campaign. We discussed the level of commitment needed to achieve our ambitious campaign goal. Each trustee spoke about his or her aspirations for Whitman and reasons for supporting the campaign. I knew then that we would succeed, though nobody could have predicted then the campaign’s extraordinary achievements.

Finally, every college president faces challenging moments of unanticipated tragedies and crises. I have grieved the deaths of two promising Whitman students and one recent graduate in the past 10 years. Each was undeniably tragic and immensely saddening. And yet, in the emotional darkness of each of these tragedies, our campus community united: we supported one another, and also the families of those who died. Nearly 600 students, faculty and staff members gathered to grieve the death of Richard “Hish” O’Brien ’13, a Whitman skier. Never before had I witnessed such a genuine and spontaneous outpouring of care and affection; our community embraced Hish’s family and friends.

These moments exemplify the strength and cohesiveness of our college: those who are on campus, as well as the extended community of Whitman alumni and our many friends. Whitman takes pride in educating our students, but learning that changes and strengthens lives is a continual process that affects us all. I am grateful for the opportunities Whitman has granted me to share in this process. I have developed a much deeper understanding of the ingredients of an exceptional undergraduate education and the role a leader can play in catalyzing them.