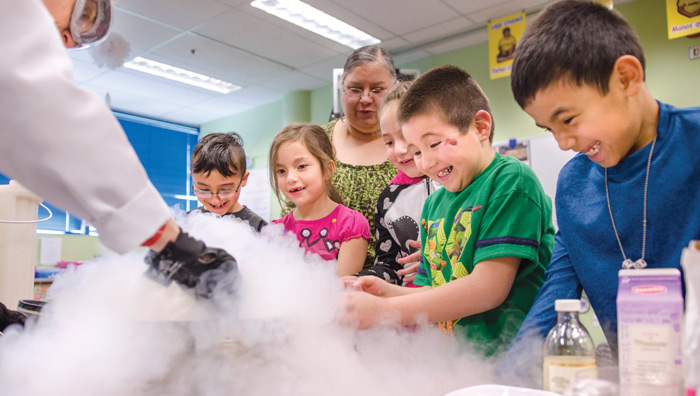 “Whoa! Gross!” go the cries from the room full of school kids.

For this age group, her objective was clear.

“My main goal is to excite and engage students in the exploration of science,” Chapin said. “Showing them that science is fun, but also an engaging path that they could take a career on.” 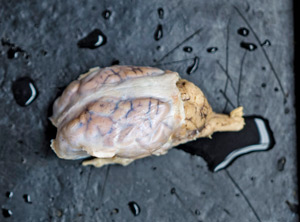 Previous classes have included an encounter with snakes and an afternoon spent making liquid nitrogen ice cream. The most recent class was on the senses, so today, the elementary schoolers are getting their hands on some real brains in order to learn how grey matter controls their senses.

The Science Outreach Program was formalized relatively recently, funded by a four-year Howard Hughes Medical Institute grant. When that grant ended a couple of years ago, Whitman brought in Chapin to continue the educational community outreach that the program had begun.

“We’ve been able to look at it a little more wide open, at what kind of things would benefit the community” since the conclusion of the HHMI grant, Chapin said.

One of those new initiatives now takes place at all of the local elementary schools: science nights—family-friendly evenings with several science activity stations for school students and their parents.

For the actual classroom experience, Chapin hopes to have “one outreach lesson per grade level in the elementary schools,” and develops lesson plans that tie into the schools’ curricula.

Today’s science camp is really three lessons. In addition to the brain room, there is a coloring table where Kay Barga, a retired schoolteacher and grandmother to a Sharpstein student, is helping kids match senses to areas of the brain using different colors.

“I have made brains for you to eat!” Barga tells the students. Thankfully, these are only Jell-O brains (a snack is a prerequisite for keeping their attention span for an hour-and-a-half), and they’ll be waiting for the kids at the third station, in the gym.

Which is where camp begins with Ginger Withers, Dr. Robert F. Welty associate professor of biology at Whitman, who gives a presentation on what neuroscientists do.

Withers has, effectively, been conducting science outreach since before the program officially existed. Since Chapin’s arrival, the program has continued to build ties with the community.

“Heidi has really put together so many nice opportunities for outreach that I really think are making a huge difference,” Withers said. While the teachers and schools “have the expertise for working with children, we’ve got ideas about science and things that would be good to bring to the classroom, so it’s really a perfect marriage between the two.”

Withers asks the students, sitting “criss-cross applesauce” on the gym floor, what brains actually do.

“They turn your body on and off,” one offers. “Your brain can trick your senses,” says another.

Withers agrees, patiently leading the class through the areas of the brain using brand new words like “anterior” and “posterior.” The talk ends with a flurry of questions: do ants have brains? Cows? Dinosaurs?

While neuroscience may seem a little above their grade level, Withers believes that “to be able to give these kids some more advanced kinds of opportunities—I think that’s really important.” 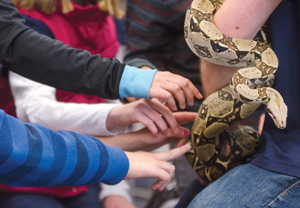 She has worked with high school-level students during advanced placement science and math classes, and, more recently, she led a microscopy field trip for older school students.

“Being able to see things that you can’t see with your eye—it opens up a window to the world.”

After the talk, the second-graders are split into three groups, with one finding its way back to the most fascinating of the three stations.

Each brain table seats a handful of students and one teacher. At the back of the room, Withers wrangles brains for curious little hands. At another, Chapin explains why a dissected sheep’s brain has more folds than a tiny rat’s brain.

Science outreach involves numerous volunteers, and today is no exception. Toward the front of the room, Liezel Lenhart ’16 has a smaller, quieter table of six- and seven-year-olds.

A biology, biochemistry and molecular biology major, Lenhart moved to Walla Walla as a high school senior. In the past, she’s volunteered at Blue Ridge Elementary School and taught third- to fifth-grade math and reading.

“I always enjoyed volunteering in tutoring programs for children,” she said. “It was a nice change to teach science that I’m really interested in.”

Lenhart is adept at asking the right questions to keep the kids on track, even when they tip over some of the Tupperwares.

Afterward, she said: “It’s nice to see a different part of the educational system in Walla Walla. It’s also great to see that Whitman College is making an effort to improve the community.”

Lenhart is planning to attend medical school after graduation, while another of today’s volunteers, Ryan Nesbit ’13, has just been accepted to Tufts Medical School in Boston. Although that doesn’t stop the kids from calling him “Mr. Ryan.” 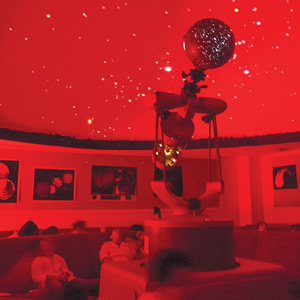 At her table, Withers is explaining “the cerebellum, which is really important for balance,” and growing vocabularies with words that you might expect to hear only in high school biology. It’s a world away from a Whitman classroom.

“When you’re working with kids who haven’t yet gone to college, it’s exciting to listen to them say, ‘oh, this is what I want to do when I grow up,’ or ‘what’s it like to be a college teacher?’” Withers said. “Not every kid lives in an environment that really promotes that kind of career possibility or promotes going to college.”

Eventually, the students troop to the coloring station or their Jell-O snacks, while another group arrives, ready to don surgical gloves for their encounter with the brains.

Tying into the school’s curriculum is important, according to Chapin.

“For example, first grade is liquids and solids, so we do the liquid nitrogen ice cream, which talks about all the phases of matter.”

Is the ice cream her current favorite?

“It’s a toss-up between snakes and liquid nitrogen ice cream,” she said with a laugh. “[The ice cream] almost looks like an explosion, even though it’s not… and the snakes: the kids go from this terrified look to—” her eyes widen in fascination.

There are more than a few second-graders who move from “eww!” to “ooh!” this afternoon.

“There’s a really big transition in just a 30-minute period,” Chapin said. “It’s breaking down the barriers… Opening those doors.”