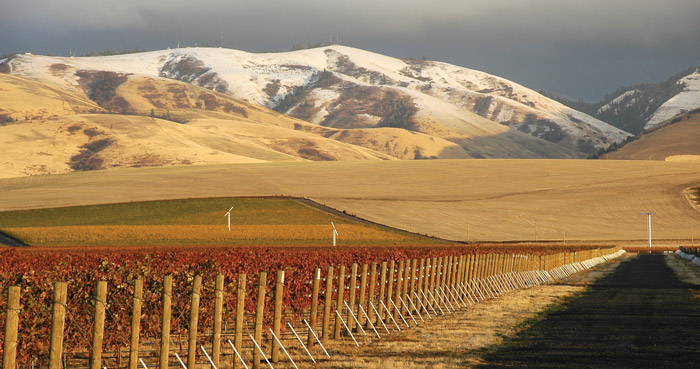 The idea of a wine archive is a curious one: a collection of artifacts arranged in the preservation of something that, by its nature, is ephemeral; the story of a product that, when enjoyed, ceases to exist.

In a place as wine-crazy as Walla Walla, where the industry boom in the last 30 years has had an extraordinary impact on the evolution of the town, wine doesn’t stop being meaningful when it evaporates from the palate.

A new project out of the Whitman College and Northwest Archives aims to collect and preserve the story of wine in Walla Walla, providing context and access to future researchers, educators and students, and underscoring the strength of Whitman College’s relationship with the surrounding community.

“There’s no one place to go right now to learn about Walla Walla’s history of wine,” said Archivist and Special Collections Librarian Melissa Salrin, who has been centrally involved in developing the wine archive.

Given the WCNA’s century-long efforts as a regional history repository, Salrin says that organizing and describing the emergence and explosion of the local wine industry is a “natural progression.” 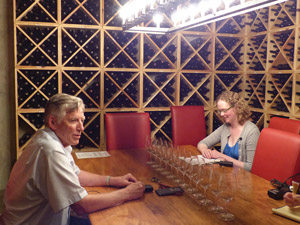 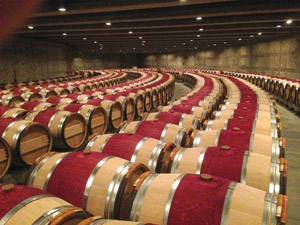 Visitors to the archive, located on the first floor of Penrose Library, can study firsthand original documents and souvenirs donated by Walla Walla winemakers. There are three decades’ worth of materials collected there in gray archival boxes: correspondence from a wine critic’s visit to Walla Walla, invitations to winemakers’ birthday parties, magazine clippings about the first women in wine, even a copy of a master’s thesis titled “Punch Drunk: the impact of an emerging wine industry in Walla Walla.”

“We’ve been making wine for 30-some years now and honestly, organizing and keeping track of all that is a bit of a challenge for a small business,” said Marty Clubb, director of winemaking at L’École № 41 and co-owner with wife Megan Ferguson Clubb ’79. The couple took over operation in 1989 from Megan’s parents, Jean and Baker Ferguson ’39.

“Allowing [the archivists] to come in and look through our stuff is a way to preserve it indefinitely. I realized we’d always be able to access that stuff.”

The seeds of the wine project were planted years ago when former Whitman Archivist Larry Dodd began to document all that was coming out of Walla Walla wineries in the 1980s, collecting letters and reports following efforts to establish the Walla Walla Valley as an American Viticultural Area. (AVA status was granted in 1984.)

The building of a wine archive was among the ideas Salrin brought to Whitman when she joined the college three years ago. After talking at a conference with fellow archivist Rachel Woody of Linfield College, who had already begun collecting the stories of Oregon wines, the two decided to collaborate. They began in 2013 by securing the enthusiastic participation of the local winemakers who would be donating their materials.

“Winemakers were interested in various things,” Salrin said, “like telling the story of water rights, or about how banks had to be persuaded at first to loan money to a new kind of agricultural commodity, one that wouldn’t show a return for years and years.”

This summer, the archivists sat down with eight different Walla Walla winemakers or winemaking teams to collect a major component of the wine archive: oral histories. Available on the WCNA website, Salrin and Woody filmed the winemakers talking about their origins and journeys in wine for up to an hour at a time.

For Gary Figgins, founder with wife Nancy of Leonetti Cellar, his wine-making journey began when he grew up drinking wine on his Italian grandparents’ estate outside of Walla Walla, as is the custom in some European families.

“They start the children out at a youthful age, having a little bit, to gain the taste and to gain respect for consuming wine. And so that stayed with me,” Figgins said.

The archival interviews were filmed on the winemakers’ turfs, catching their often animated responses against backdrops of rich wood and collections of special reserve wines. The first question for each winemaker was the same: “why wine?”

“It’s a very infectious culture and passion and I quickly fell into it,” said Clubb.

Clubb’s oral history also includes the full story of L’École № 41’s original (kid-painted) schoolhouse label, which the winery has since retired. After they’d offered the kids in the extended family a $100 prize to paint a label for the winery, Clubb said one cousin worked especially hard:

“His goal was to beat his brother … he worked for a couple of days sitting in his mom’s car doing this watercolor portrait of the school, and that was what was adopted that became sort of the centerpiece of the label,” Clubb remembered. Though the winery eventually changed to a less colorful label, he said, “That original still hangs in the tasting room. We still love the label.”

As the roots of the wine archive extend, Whitman joins a small list of institutions with similar collections – Cornell, Cal Poly Pomona and Linfield College, for example, are some of the only others in the country with dedicated wine archives.

Researchers for years to come will benefit from the ability to reference this specific point in time in Walla Walla’s history in the context of contributions from so many different wineries. However, keeping the collection local was a driving concern for Salrin and the winemakers.

“Those [artifacts] need to stay in Walla Walla,” said Darcey Fugman-Small of Woodward Canyon. “When we were approached by the folks at Whitman, that just made perfectly good sense – Whitman seemed to be the perfect place … It would seem really strange handing them off to some other organization or institution.”

Vicky McClellan of Seven Hills agreed, noting, “Whitman has always been incredibly generous with its facilities.”

The wine archive will continue growing into the future as long as winemakers participate and the collection fills a need in the community. As for the rate of growth, it’s important to remember the parallels between archiving and making wine — both require patience.

“You have to be well-armed with patience,” said McClellan. “It is not a business where things happen really quickly. You really have to be a person who kind of enjoys the journey.”

The beauty, perhaps, of a wine archive, as well.