Biting Off a Dire & Dangerous Crisis

Snakes will be snakes. Like all living critters, they’ll defend themselves from perceived threats. As human populations expand and encroach into snake habitat, human-snake encounters increase. This can spell tragedy for people living in those areas.

“The people and the snakes are victims of the same global forces, and both suffer as ecosystems are degraded,” says Kate Jackson, a herpetologist and professor of biology at Whitman College. Southeastern Washington might seem like an unlikely locale for tropical snakebite treatment and prevention. But Jackson and a small group of Whitman students and alumni have been working to help mitigate this serious issue.

Whitman alum Jordan Benjamin ’14 says, “Snakebite is the most neglected of the neglected tropical diseases—the worst public health crisis you’ve never heard of.” Benjamin, a former student of Jackson’s, is the founder of the Walla Walla-based Asclepius Snakebite Foundation, an international group of doctors, paramedics and scientists that aims to prevent, treat and educate about snakebites. The World Health Organization estimates that up to 3 million people are sickened annually by snakebites, resulting in up to 138,000 fatalities and many more permanent disabilities. However, as Benjamin will tell you, it doesn’t have to be this way. 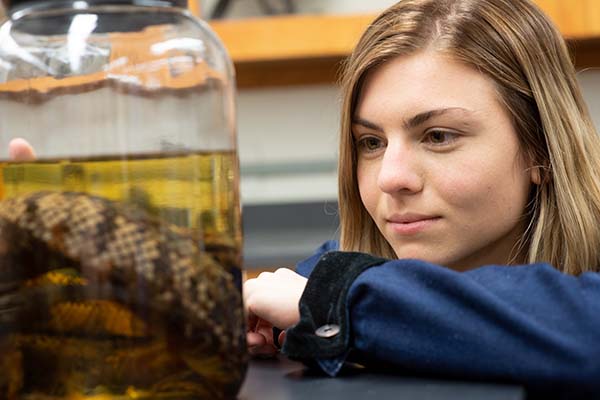 Consider this: In the U.S., around 10,000 people are bitten by venomous snakes each year, but only five to 10 die from the bites. By contrast, Asclepius has estimated that in the West African country of Guinea, there are 24,000 snakebites yearly and around 3,000 deaths.

Why the startling difference in fatalities between the two countries? The main cause of the public health crisis is not snakebite itself, but lack of access to adequate care. In the case of a snakebite, this means antivenom treatment.

Teaming Up on Lifesaving Work

Currently, there’s a “huge gap” when it comes to snakebite education and communication, Benjamin says. Most doctors, even in the United States, learn next to nothing about treating snakebite. And people who live and work in subtropical areas need to know things like how to identify venomous snakes and snake-proof their living areas—and what to do in case of a snakebite. 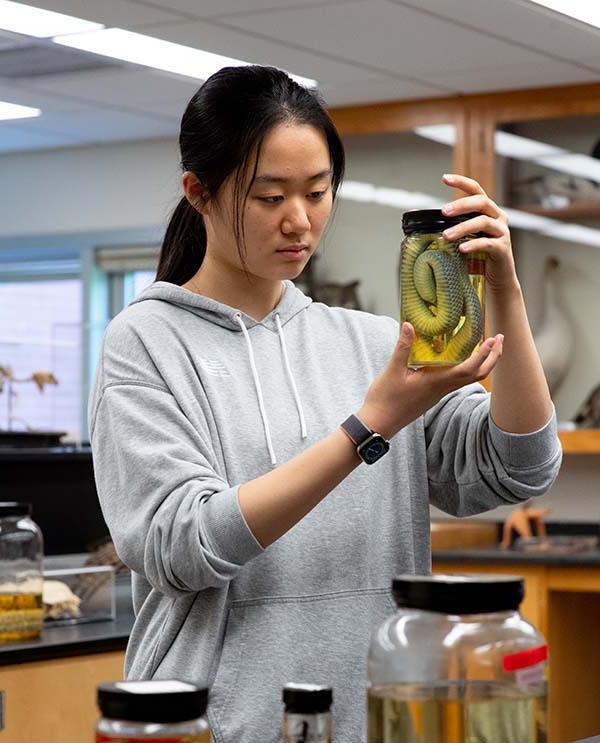 Asclepius’s multidisciplinary team of scientists and clinicians creates and collects scientific materials. But they need to make those resources accessible to people who need them.

Scientists write, but these resources aren’t always accessible to those who need it most, Benjamin says. “Learning to communicate high-level information to the people who really need it is one of the most impactful things you can do.”

That’s where students in Jackson’s course—Biology of Amphibians and Reptiles—come in.

Jackson serves as the director of herpetology for Asclepius, and literally wrote the book on “Snakes of Central and Western Africa” (Johns Hopkins University Press, 2019).

In BIOL 327, Jackson typically has students research a topic in herpetology, then produce some deliverable—anything but a research essay. So when Tuhin Giri, a longtime friend of Jackson’s, approached her with an idea for a cross-institutional student collaboration to produce materials for Asclepius, Jackson was on board right away.

In the spring of 2022, three of Jackson’s students worked on separate teams with Giri’s students from Humber College in Toronto. The students negotiated different time zones and skill sets to produce educational materials for Asclepius.

Lauren O’Rourke ’24 was on a team that produced a handbook countering bad information about treating snakebite in the field. Yizhen “Sunny” Zhao ’24 and Lucy Davis ’23 helped create educational infographics about snakebite. 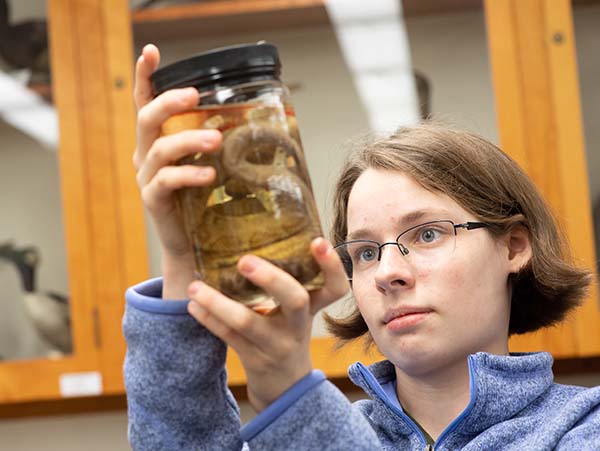 “What we didn’t expect was some of the brilliant ideas these students came up with,” Giri says. The initial six-week project developed into a 14-week summer Fellowship. The students received funding from the Career and Community Engagement Center’s Whitman Internship Grant. “They created incredibly professional materials, a lot of which are ready for immediate use.“

The project has been empowering for the students. For one thing, they’ve learned to work with people who have very different skills—and to translate scientific literature for their non-scientist team members. Students also learned to grapple with issues of audience and accessibility. Davis’s team had to design with those who were colorblind in mind.

And O’Rourke noted that many of her team’s design challenges came from trying to make information accessible to someone in the midst of a medical emergency.

Benjamin stresses the importance of the project—not just for the students, but for the communities these materials hope to educate. “The work these students are doing is absolutely going to be lifesaving.” 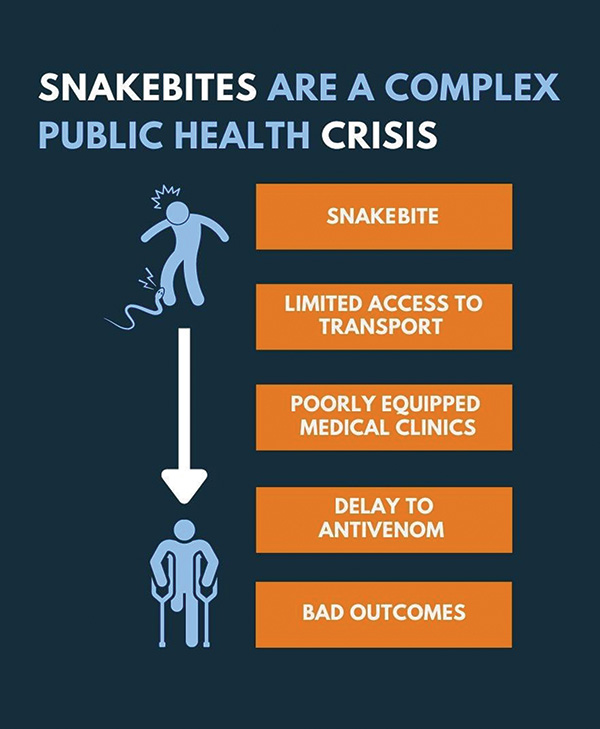