Writer and podcast host John Moe ’90 and his daughter, Kate, a first-year student, bond over all things Whitman College.

During his days at Whitman College, theater major John Moe ’90 kept his classmates entertained as an actor in many Harper Joy Theatre productions, a humor columnist for The Pioneer, and a host on KWCW radio. He later parlayed his “K-Dub” radio experience into a career on-air, reporting, hosting and producing shows for American Public Media as well as KUOW-FM, Seattle’s National Public Radio affiliate station.

Now based in St. Paul, Minnesota, Moe uses his wit to entertain and educate about a serious subject. In his groundbreaking podcast “The Hilarious World of Depression,” he interviewed well-known comedians and performers who have dealt with clinical depression, including Andy Richter, Margaret Cho, Michael Ian Black and Rachel Bloom, with the goal of destigmatizing and alleviating shame related to the disorder. On the show and in his book of the same name (published in May 2020), Moe also talks openly about his own experience of depression. His new podcast, “Depresh Mode,” launched in March 2021, continues the conversation, exploring a broader range of issues—including eating disorders, work burnout, grief and bipolar disorder—through interviews with celebrities as well as mental health experts.

With his daughter, Kate, headed to Whitman to join the Class of 2025, we thought it was the perfect time to turn the tables on Moe, making him the interviewee for a change. In this conversation, which took place when Kate was home for a short break from summer camp in the Minnesota Northwoods—a kind of rehearsal for going off to college―John reminisces about his time at Whitman as Kate looks forward to hers.

Whitman Magazine: John, what do you wish you had known when you were starting off at Whitman, as Kate is now?

John: That I didn’t have to worry about whether I belonged there. I didn’t know much about the school when I showed up, which I think was not uncommon in the 1980s.

I think I wish I had known that life wasn’t a test, and that I didn’t have to prove myself. And that I didn’t have to hide in the areas where I wasn’t too strong, and I could just embrace what the place is, which is four years that you get to go live in this place and think and talk and develop and learn with these other amazing people—what a glorious opportunity that is! And if you spend a lot of time worrying about it, worrying that you’re doing it wrong or spinning out on anxieties, that’s going to put some clouds on it.

But something that I figured out towards the end was that the department you are in doesn’t really matter very much. And the experience everybody is having is kind of more or less the same. It’s one of the many reasons I’m really delighted Kate chose Whitman. Of the top 10 reasons I’m delighted, me having gone there isn’t on the list. It’s that she can make friends anywhere she goes with all walks of people. 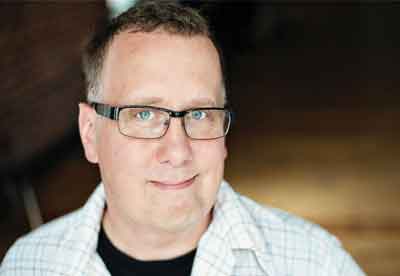 I want Kate to know that college, and Whitman in particular, is there to be embraced. And so having a radio show isn’t what somebody else does, it’s what you can do. And being on the newspaper isn’t something somebody else does, it’s something you can do. I took a class in Chinese civilization that I think about all the time. I was a theater major, but that was something I could do. So that’s what I’m hoping for Kate, that she could not get caught up in labels and categories and groups, and just fully embrace the experience.

WM: Are there experiences that you had at Whitman that you hope Kate will also have―or will not have?

And I really hope that she’s on the radio there. I really hope she gets a Kate show, because Kate has a hobby and interest— a passion, really—for vinyl records that she has recently been cultivating. She got me a turntable for Father’s Day and some records, so now we can share our vinyl enthusiasm together. She can go shop for records at Hot Poop in Walla Walla, which is something I did in the 1980s. And the chance to share your passion for music with the community, I think, is a beautiful thing. I have so many great memories of doing shows at K-Dub.

WM: Are you interested in getting involved in radio, Kate?

Kate: To the first point, about parties … I think in the last few months, I’ve realized what I want and I’m seeing what I don’t want. I have no filter when it comes to talking to my parents about parties, because they make me very anxious sometimes—the parties, not the parents. But I feel like right now I’m having experiences where I’m like, “Okay, I’m happy I did that. I’m very happy I will never be doing that again.” 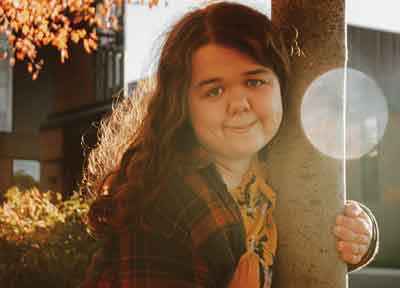 As for radio, I do think it would be very exciting—and I can absolutely just talk about whatever for hours.

John: Kate does like to talk. And sometimes when she’s passionate about something and going on about it, I kind of daydream of her at three in the morning in the lounge at Anderson going on and on with a friend about some of these things, or like, finals week in the library going over these things. And it helps me when I get anxious about Kate moving out and starting her adult life. It’s a comfort for me that I can picture some of the spaces that she’s going to be doing this in.

WM: Kate, what has your dad told you about Whitman that made you interested in coming here?

Kate: Honestly, it didn’t really have a lot to do with him. I think I applied because of him, but a lot of [my decision to attend] had to do with the types of people I knew who went to Whitman. I went to a really small high school, and I see a lot of people going to Whitman, and I’m like: “Oh, I like these types of people.” Then I started like diving into it more and thought, “OK, Whitman is really cool. I love it.”

But honestly, [Interim Vice President for Admission and Financial Aid] Adam Miller sold me. I interviewed with him and thought: “This is my type of person.” My dad always talked about being good friends with his professors, and, like, being on the same level and talking to them using first names. So I always knew that I was going to have professors like that, but before I even committed, Adam was like that. 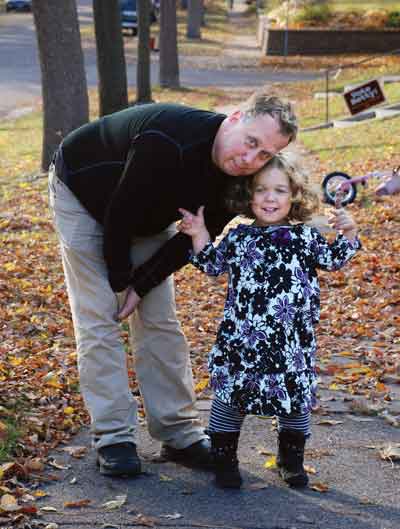 John: I certainly didn’t want to recruit her to Whitman because it’s very important for Kate—and for me—that her experience is her experience, and not my experience. By the same token, I’ve talked about it her whole life, especially the connections with some of my favorite professors. When I was at Whitman, I was able to figure out who I wanted to be, and then I had people there to help me be that, and it’s who I’ve been ever since.

WM: Are there things you’re worried about with Kate going off to college?

John: I get more worried that Whitman won’t be ready for Kate than I do about Kate not being ready for Whitman. I don’t know if you all know what you’re getting yourselves into. What do I always say, Kate? The most dangerous place to stand ...

Kate: … is between me and what I want!

John: I guess I worry because I don’t know what the experience will be like for Kate. I know what it was for me, but it’s going to be different for her for so many reasons. For generational reasons, for just the type of person she is. And that’s why I didn’t go along for her campus tour because Kate was concerned that I would be saying, “Oh, well, one time I stood right here and did this.” And that’s probably accurate. I probably would have done that.

“When I was at Whitman, I was able to figure out who I wanted to be, and then I had people there to help me be that, and it’s who I’ve been ever since.” —John Moe ’90

Kate: It was something where I would have been too scared to say I was going to go there. Not too scared, but it was very important to me to see the college without his input.

WM: Did you get an uncanny feeling seeing the places your father talked about when you came for a campus tour?

Kate: I feel like I did when I was watching the virtual tours. It was always in the back of my mind, but actually seeing it in person was great. And I did when I saw Anderson Hall, where my dad lived. I was like: “That one window is where you were, Dad!” It was kind of cool. The thing I’m really shocked he didn’t tell me about was all the ducks. I love them so much!

John: I always took pride in pointing out Anderson Hall because I lived in the room directly above the door on the second floor. And so I can always look on those campus tour videos and say: “Wait, that’s my room!” But I think Kate probably didn’t spot a lot of things or places because when I talk about Whitman I always talk about the people. I talk about my friends there and the professors there. And I tried to tell Kate throughout her search process: “Find a college where you think your people are; where there are people that you connect with.” But for Kate, she connects easily with lots of people, so I told her, “Find where you feel most at home because the people there will be your network for the rest of your life.”