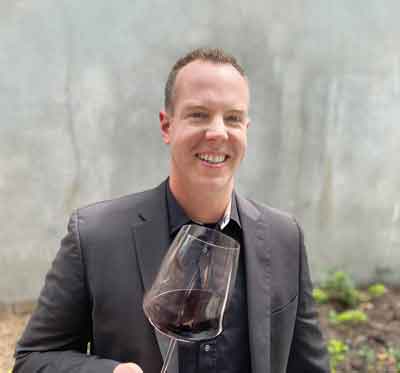 As a writer and critic, Owen Bargreen is well-known in the wine world. For more than 15 years, he’s traveled to wine regions all over the globe, interviewing winemakers and reviewing countless bottles. He shares his insights with aficionados and eager amateurs alike through his Instagram and Facebook accounts—with thousands of followers—and on his website, the Washington Wine Blog, as well as in magazines such as Decanter. Certified by the Court of Master Sommeliers, Bargreen has hosted wine tastings and education sessions for corporations including Amazon, Microsoft and Google. In 2021, he also became the Washington editor for the highly respected wine publication Vinous, and formally launched a wine-tasting concierge service.

And wine isn’t even his day job. Bargreen, aka Dr. Bargreen, is a clinical psychologist specializing in violence prevention who practices in Everett, Washington.

Walla Walla’s wine scene was just beginning to bud in 2002, when Bargreen was a senior history major at Whitman College. He’d developed an interest in wine through his parents, and started going to the handful of local tasting rooms that were open at the time.

“The idea of becoming a wine critic wasn’t something that entered my mind in 2002, but over time, I became very passionate about learning about wine,” he says. “And I can definitely connect that in some way to me being a history major at Whitman; learning about the history of wine—and the geography and culture—was fascinating.”

He’d taken many psychology classes at Whitman, and after graduation he spent a year working with foster youth in Everett, Washington, assisting behavior modification and carrying out treatment plans from their therapists. He then went on to earn his doctorate of clinical psychology from the California School of Professional Psychology, San Diego in 2007.

It was during his graduate studies that his love for psychology was complimented with his love for wines of the world. “During the time I was in San Diego, I was doing blind tastings with my friends, reading books about wine and trying to learn as much as I could about wine. I was always taking notes and writing about the wines we tasted, and eventually I started putting my notes online,” Bargreen says.

His interest in tasting and writing about wine continued to develop as he moved back to the Seattle area and found that the Washington wine industry was thriving. At the same time, so was his career as a clinical psychologist. He established his private practice in 2008 in his hometown of Everett, where he also worked as an associate professor of psychology at (now defunct) Trinity Lutheran College for five years.

Although his day job and his passion project may seem like night and day, Bargreen says they have some things in common—and that his work as a clinical psychologist gives him an edge as a wine critic. “I’ve done over 100 Instagram Live videos with winemakers and top producers in the industry and I’ve been able to utilize my interviewing skills as a psychologist in that arena. I think that helps me, and positions me as a critic that’s a little bit different, with a skill set unlike others.”

Taking notes is another similarity between the two fields—and another area where Bargreen stands out among wine critics.

Although he says he tries to be concise when he writes stories about wine and wineries, he admits his tasting notes are generally more detailed than those written by a lot of other critics, especially when he’s writing about a truly remarkable wine.

“I feel like not writing detailed tasting notes on an extraordinary wine would be a discredit to the wine, and the people behind it.”