Four decades after constructing three canoes in the basement of the student union, Whitman brothers return to the Pacific Ocean.

When Alan ’74 and Andy Dappen ’76 first had the idea to paddle the inland passage along the Pacific coastline, they weren’t exactly experienced canoeists.

It was 1973, and the two brothers had just finished a summer working at a cannery in rural Alaska when they stopped to explore the islands around Prince Rupert, British Columbia. The brothers bought a canoe and decided to paddle from Prince Rupert, near the southern tip of Alaska, several hundred miles down the coast to Vancouver. 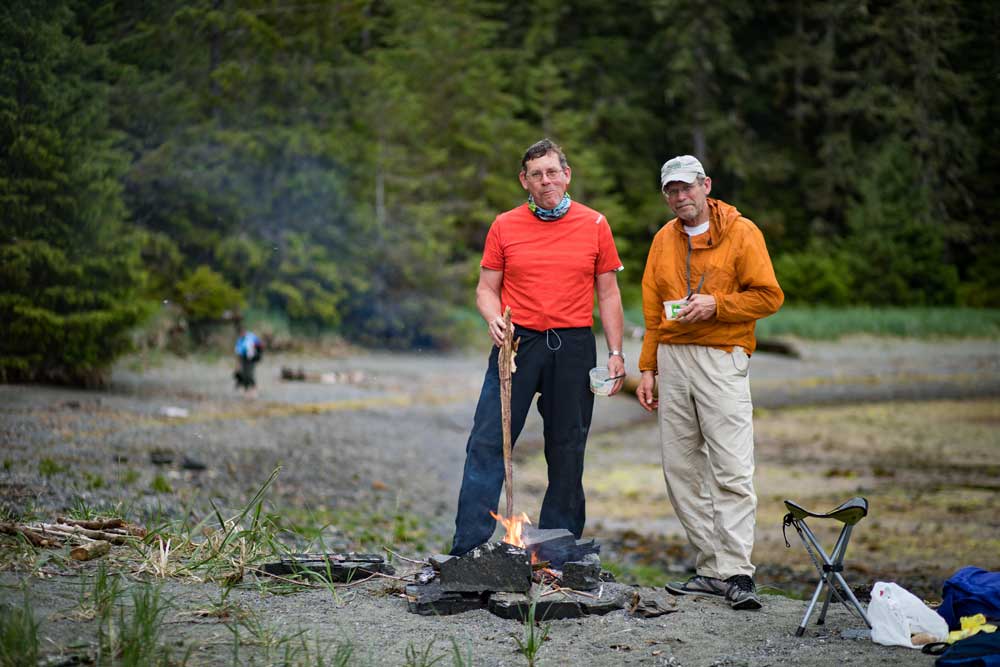 “The night before, we decided we’d better go out and figure out how to canoe,” Andy said. As they practiced paddling on the ocean, a nearby fisherman waved them over to see what they were up to. And then they told him their plan.

“The guy was like, ‘You guys are crazy. You have no idea what you’re getting yourselves into,’” Andy said. “He scared the bejesus out of us. We ended up taking the canoe back to the department store and going home with our tails between our legs.”

But, an idea had been born.

In summer 1974, after spending the winter months building three canoes from scratch inside the basement of the old student union, the two Whitman College students returned to the coast with some friends, including three other Whitman students. By summer’s end, they had completed an 800-mile trek to Ketchikan, Alaska.

Last summer, 43 years later, Andy and Alan finished traversing the last 300 miles of the inland passage, paddling from Ketchikan to Juneau, Alaska, in two of the original canoes, along with Alan’s two sons, Ben and Nathan. 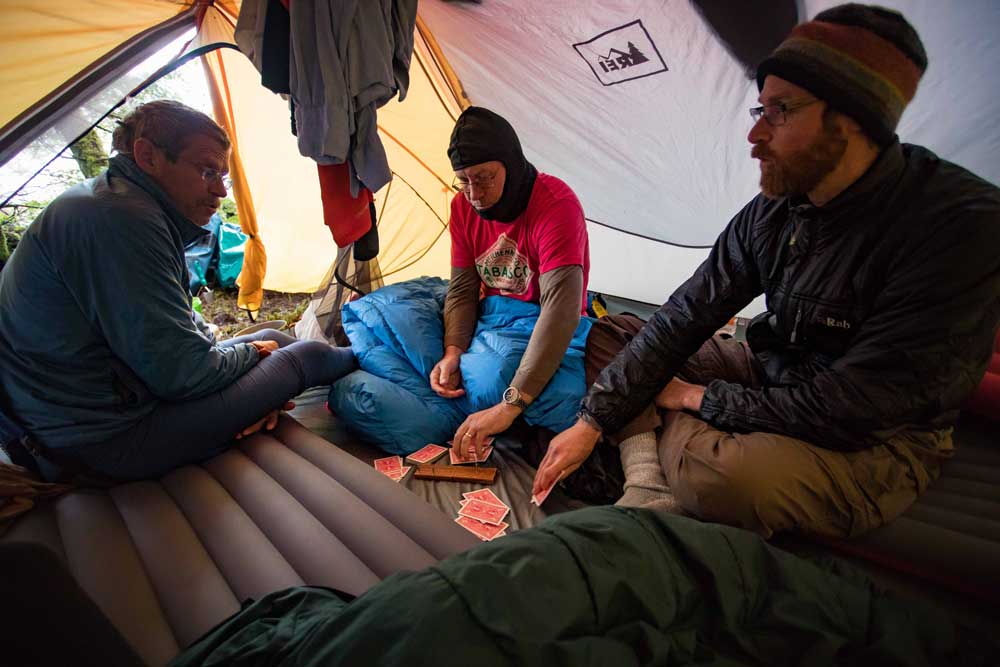 The Dappens play a round of cards in their tent during their summer 2017 canoe trip.

Spanning more than four decades and 1,100 miles, the Dappens’ journey from Whitman College students to daring adventurers became the subject of a short film, “The Passage,” created by Nathan Dappen and released on YouTube in June 2018.

The trip was more than just a summer adventure. It also solidified Andy’s love of the outdoors, launched him into a career, and created an indelible mark on Whitman College in the form of the Outdoor Program. After the canoe trip, Andy, who was studying economics, pitched the idea of launching a student-run outdoors shop on campus, which could lead outdoor trips and rent equipment.

“We took it to President Robert Skotheim, so they created some modest funds for me to start working on it,” Andy said. “I had a small budget for buying equipment. I talked to people who would be willing to lead trips. It proved successful, and grew from there.”

After graduating, Andy received a Thomas J. Watson Fellowship to study outdoor programs across Europe. In 1979, he returned to Whitman College as the first full-time staff member of the Outdoor Program.

Andy and Alan were raised as outdoor-loving kids. Separated in age by only 18 months, the brothers were best friends and partners in crime. 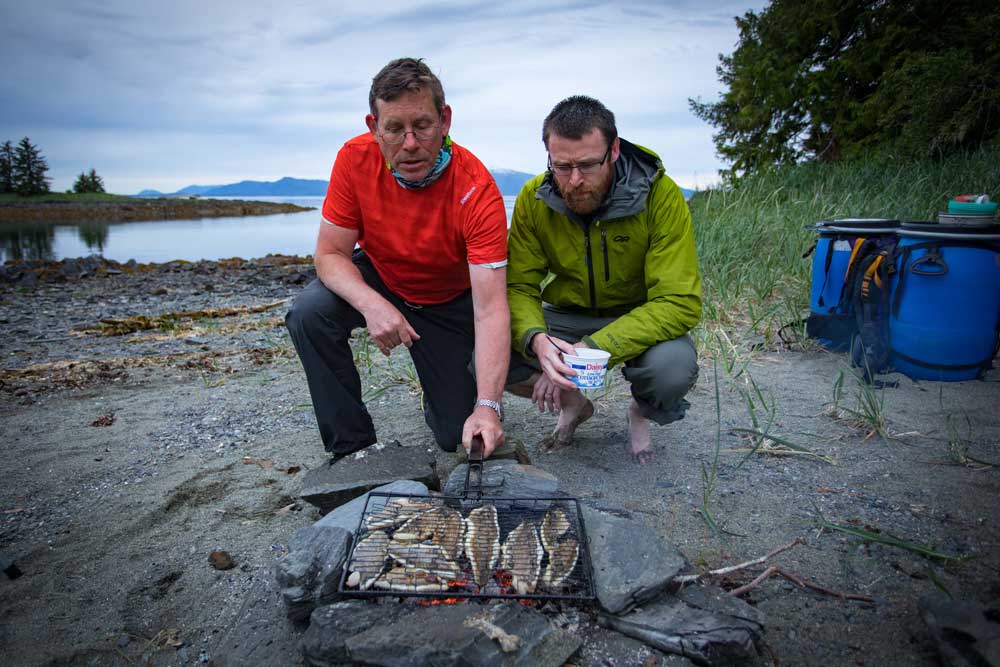 “We were raised in places where we had opportunity to get out and wander,” Andy said. “As kids we could wander around and have adventures.”

Alan’s educational journey started at Cornell College in Iowa, but when his brother enrolled at Whitman in 1972, Alan transferred in as a junior, earning his degree in biology. The inland passage has always held a pull for them, Alan said. It’s a location he’s returned to many times.

“It’s amazingly beautiful. It’s reasonably isolated. There’s just so much to explore,” he said. “It’s a little bit like a child entering a maze and having fun exploring. There’s so many islands. It opens up your imagination a little. You see so many possibilities of what you can do in any day.”

The biggest roadblock the Dappen brothers’ journey wasn’t their limited experience in ocean canoeing: It was money. They couldn’t afford the canoes they wanted, so they decided to build them using plans available in “The Stripper’s Guide to Building Canoes” by David Hazen. Help along the way came from unexpected sources, including then-head of the physical plant Jack Delaney, who allowed the students to use the college’s woodshop to cut their pieces and offered advice on technique. 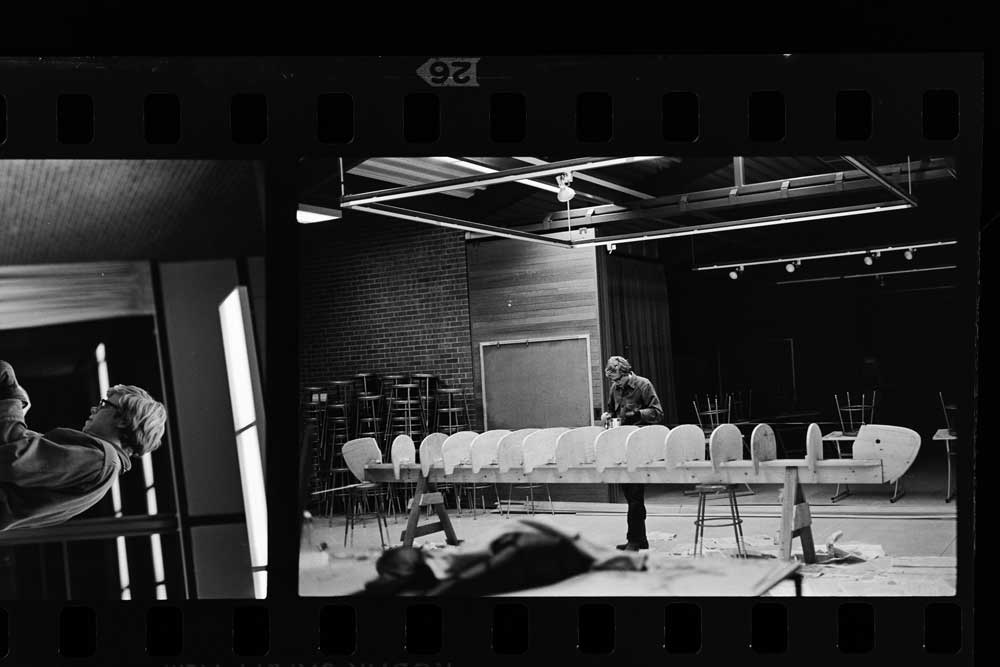 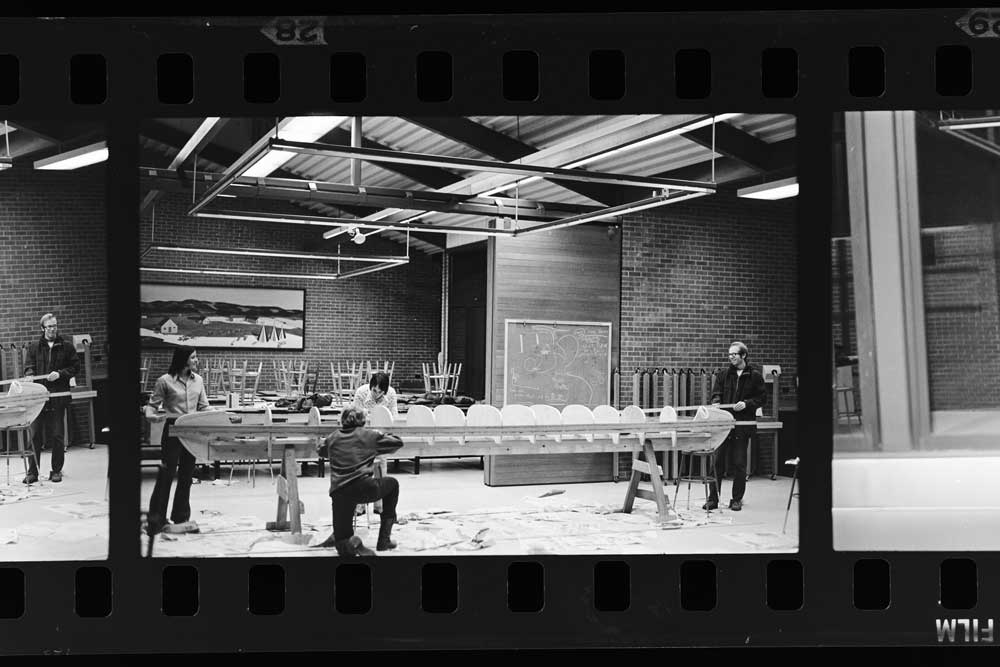 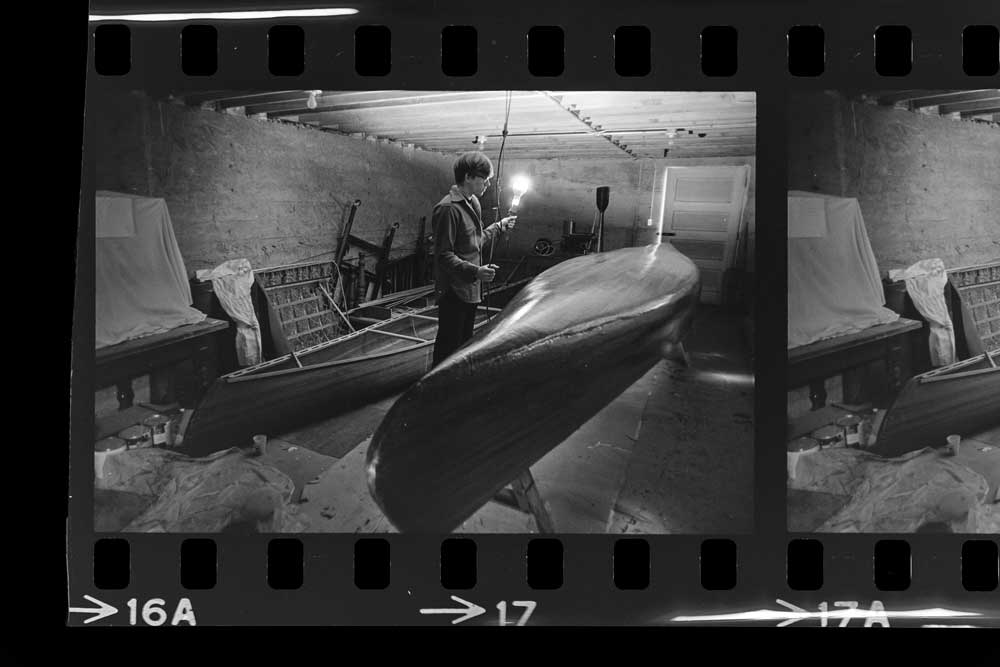 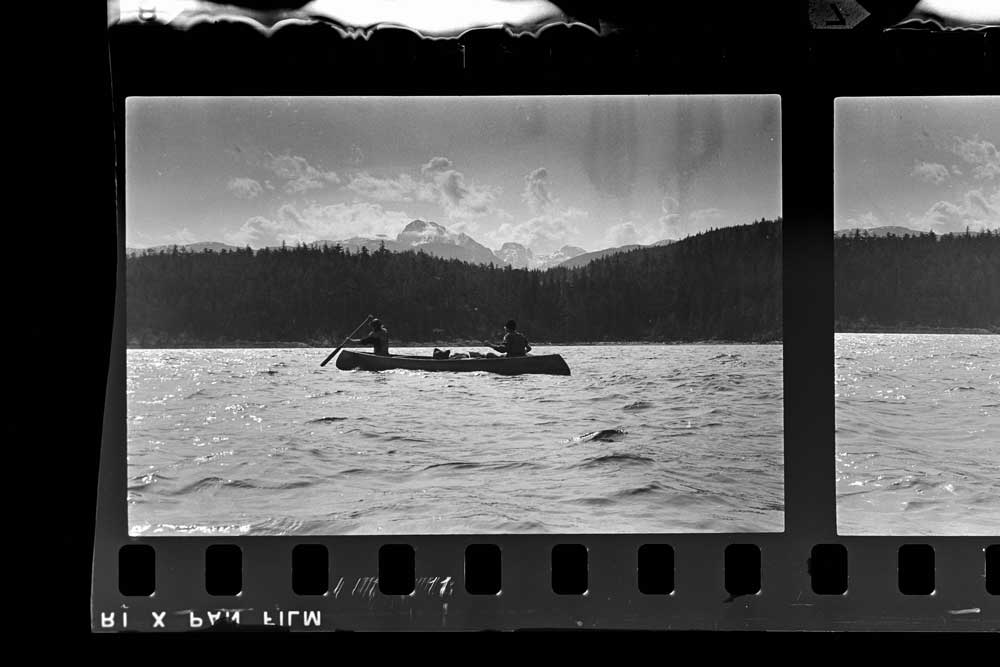 Construction began in the art studios of Olin Hall. After classes resumed for spring semester, they had to move out, and were given permission to use the basement of the old student union building. The project often brought in spectators, whom Alan and Andy would put to work with a sander or paint brush. The smell of the fiberglass paint drew complaints from the psychology department; professors said the fumes were altering the results in lab experiences.

“Whitman College was very gracious to let us use their spaces,” Alan said.

In the end, Andy estimates the brothers -- and their various helpers -- put about 1,000 hours into the boats, which measure 19-20 feet long and weigh about 90 pounds each. Andy and Alan each still have one, and the third resides with their mother in Everett, Washington.

The trek wasn’t as dangerous as most people feared, with seven of the original eight completing the trek (one member left after a week due to a wrist injury). They faced weather issues, erratic tides, food shortages and an issue with an escaped mental patient. But mostly, they built their own sense of confidence and strength. 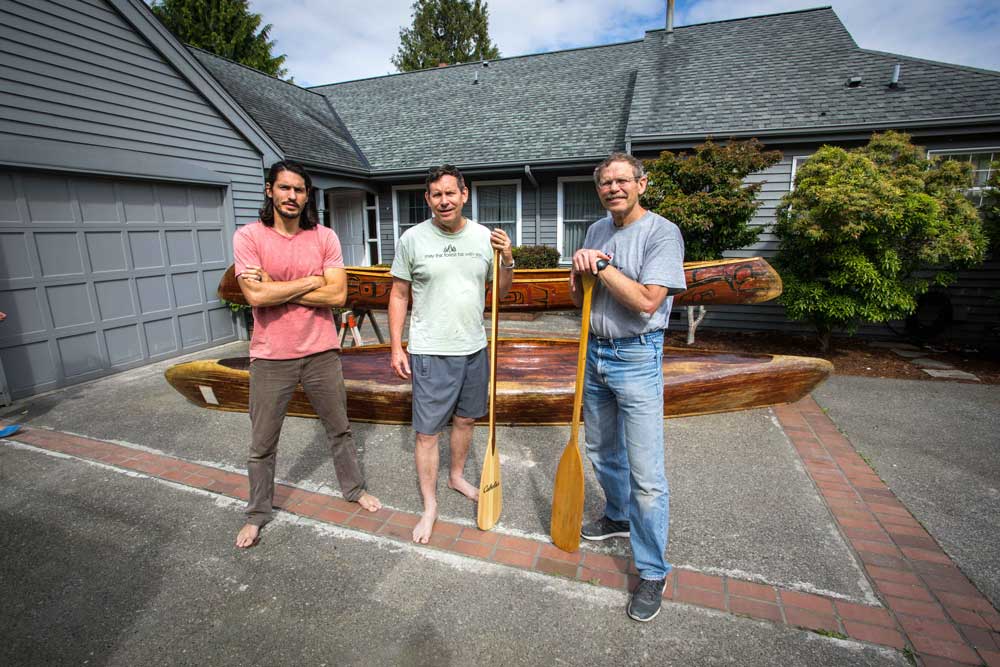 Nathan, Alan and Andy Dappen pose with their canoes before their trip in 2017.

“I think that trip was really formative for both of us,” Andy said. “It was such a large endeavor. During the course of the semester, there was a sense that we’re never going to get it all done. Alan was always saying, ‘Oh yeah, we’ll get it done.’ To actually get everything done and have the trip launch, that was like, wow. It’s amazing that we even got in the water.”

More than the memories, the brothers took away lessons they’ve kept with them their whole lives.

“First it seems overwhelming when you’re traveling 2.5 miles an hour that you’re going to get 800 miles up the coast. Slowly you’re just ticking it off, and it happens,” Andy said. “It was a very affirming experience that we could take this big goal -- and sort of a goal that everyone was telling you you can’t do -- to knock it off, as a teenager coming into adulthood, it just gave a lot of confidence that if you put your mind and your energy to doing something, you sort of have to listen to your own gut and a sense of your own capabilities. You have to follow your own course there, rather than be dictated to by what others are saying.”

More than four decades later, Alan is a family doctor with a medical practice in Vienna, Virginia. Andy is an outdoors journalist living in Wenatchee, Washington. The idea to do another canoe trip came up during Nathan’s wedding a few years ago. After looking at the logistics, the brothers decided to take Alan’s sons and do the last leg of the inland passage trip. 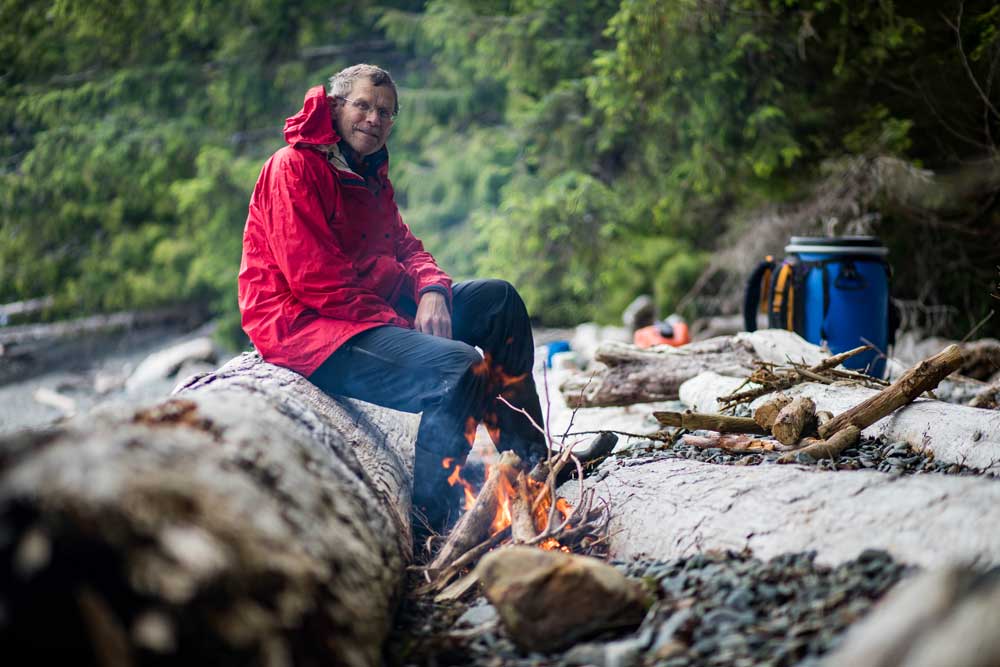 It was a way for them to reconnect with each other and reflect on the four decades of life, family and career that has passed since graduating from Whitman.

“Looking at life, for Alan and I, the canoe thing had started as the beginning of our adult life. And now we’re looking at it, looking at our working lives, almost in the rearview mirror,” Andy said.

While their inland passage journey may now be officially complete, the brother’s plan to continue adventuring, as the demands of adulthood allow. Finding an epic adventure — whatever shape it might take — is something they recommend for everyone.

“It does help you kind of recognize that you can take on hardship and endure,” Alan said. “There’s emotional, physical things you learn in those kinds of trips. So you can shut up and put up -- just keep going. Just keep going.”

The trailer for “The Passage,” a short film by Day’s Edge Productions. Watch the full film here.