Tennis and Chess Champion Find a Winning Match at Whitman

In seventh grade, Audrey Grigore ’22, an experienced snow skier, decided to try snowboarding. She joined a four-day beginner lesson, which went well until she took a hard fall on the final day. Injured but determined to finish her last run, she continued down the slope — with two broken wrists.

Snowboarding didn’t turn out how she expected, but it taught her something important about herself.

“I realized that I like adventures and trying new things,” she said. “Obviously, mistakes happen, but I’m always up for a challenge. And I don’t quit.”

This unyielding ambition and thirst for adventure eventually led Grigore to Whitman College.

Last year, as an accomplished high school tennis athlete in Las Vegas, Nevada, Grigore had her sights on playing at the next level. She contacted several college coaches, hoping her highlight video would grab their attention. 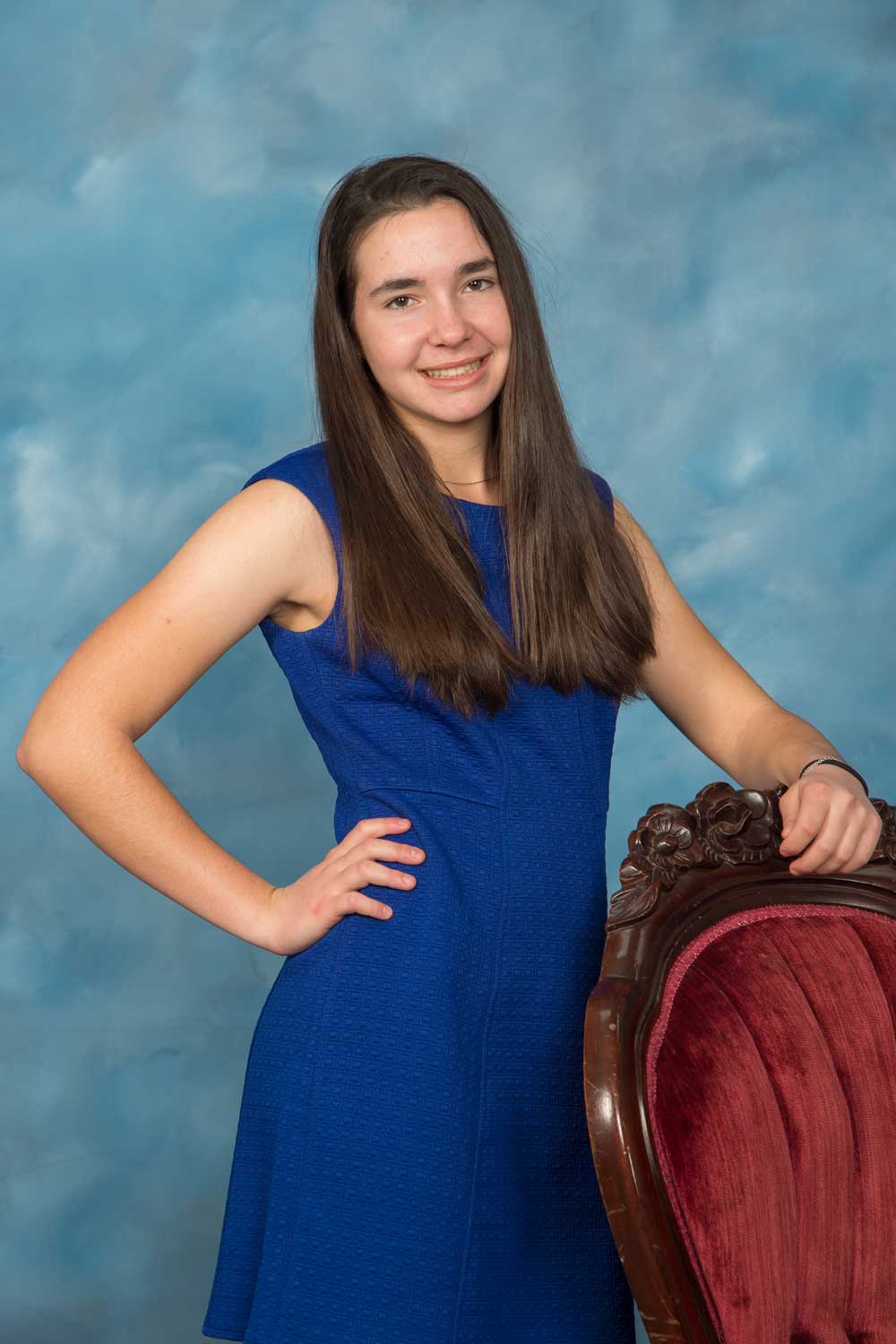 Her persistence paid off. John Hein, head women’s tennis coach at Whitman, took notice of her talent and invited Grigore to visit campus.

“At the time, I really didn’t know much about Whitman,” she said. “Honestly, I was a little skeptical and unsure if I even wanted to come.”

But her uncertainties faded quickly.

“Everyone during my visit was so nice. It felt homey — like a family, a community,” Grigore said. “And I love the beautiful, natural environment. That’s something other colleges I visited didn’t have.

“It also has that strong student-to-teacher connection I was looking for,” she continued. “Everyone seemed to really care about your goals and success.”

This fall, Grigore began her first year at Whitman, where she continues playing the sport she loves as part of the women’s tennis team.

"We're so excited about Audrey coming to Whitman and joining our team because she has the values as a person and the skills and mindset of a player that we look for,” Hein said. “She is passionate about being a part of the team and that drives her to keep growing and improving. She brings a fantastic viewpoint of the world along with a huge heart both in how she competes on court and how she'll contribute to the team and Whitman community."

She’s a fierce competitor not only on the tennis court but also on the chessboard. A highly ranked national chess player, Grigore took up the game when she was just 7 years old and has raked in the wins since — often outsmarting opponents more than three times her age.

“There’s a huge collection of trophies in my house because of chess,” she said.

Grigore applies the same winning strategy to both chess and tennis.

“The key is to build momentum and be aggressive at just the right time,” she said. “You have to play smart, figure out your opponent’s weakness and use it to your advantage.”

Grigore’s parents emigrated from Romania to the U.S. before she was born in search of a better life and opportunity. Her father is an electrical engineer, and her mother a cardiac anesthesiologist. Grigore plans to also become a doctor and is pursuing the pre-health track at Whitman.

“My mom inspired me to find my own passions,” she said.

Over her lifetime, Grigore has lived in five states — six including Washington. The many moves brought adventure, but she looks forward to putting down roots one day.

“I’ve never found a place that really felt like home,” she said. “Maybe I’ll find that at Whitman.”