What We Do After 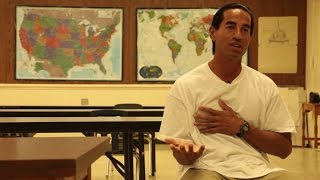 Call Me Joe, a documentary short by Half Roar Films

In award-winning documentary short Call Me Joe, three Whitman alumni ask us to educate ourselves about the prison system and to help formerly incarcerated people feel like part of the community again.

The Washington State Penitentiary houses nearly 2,000 Walla Walla residents, but the divide between town and prison is stark.

“People just don’t want to see or hear or think about these people, and when they do, they don’t feel like they owe these people anything,” said Jessica Good ’15.

Along with Jessica Lawrence ’15 and Nick Roberts ’15, Good produced and directed Call Me Joe—awarded Best Youth Short Documentary at the Harlem International Film Festival in September.

Though the trio initially thought that the project would focus on the Whitman debate team’s visit to the penitentiary (where they debated with incarcerated students), a new direction emerged when they interviewed some of the inmates.

“What the guys consistently wanted to elaborate on and talk about was the prison education system,” Good said. “We didn’t have to construct it. We didn’t have to pull anything from them that they didn’t feel comfortable talking about.”

So although the camera takes in street corners, neon signs and distant hills familiar to Walla Walla residents, most of the film’s runtime is spent in what, for many, is unfamiliar territory: inside the penitentiary. 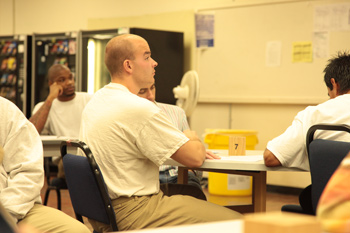 Following the stories of a handful of incarcerated students as well as former inmates reintegrating into the community, Call Me Joe sheds light on both the benefits of education opportunities for those in prison and the lack of support available for them upon their release.

Most importantly, the student filmmakers wanted to give voice to a community that is often shunned.

“It was clearly such an opportunity for the [incarcerated men] to be able to say whatever they wanted,” Good explained. “And have people listen, and have people care about what they were saying.”

The inmates who agreed to be interviewed were, for the most part, open and honest about the decisions and life experiences that led them to be imprisoned. From the always-smiling Robinson Edwards to Kevin Kafiyev—who is part of a program that sews and donates stuffed animals to children—their personalities were right on the surface. And they seemed, Good said, to be totally genuine.

“One aim was to break down the stigma associated with the term ‘felon,’” Roberts added. “Film was an optimal medium, as it presented the men as intellectuals, citizens and fellow humans above anything else.”

With only an hour or so to interview 15 men, there wasn’t time to delve into the more complex systematic problems with them. So the filmmakers also spoke to penitentiary administrators, local nonprofits like the STAR Project—which provides support for those recently released from incarceration—and Whitman philosophy professor Mitch Clearfield and rhetoric professor Heather Hayes.

This footage brings in some sense of the big picture: from changes in policing in the 1990s that led to the U.S. now incarcerating more of its citizens than any other country in the world; to a culture of American individualism which leads to criminal convictions that refuse to take into account social factors such as adverse childhood experiences and addiction.

Where four in 10 former prisoners will reoffend and be reincarcerated within three years of their release, those that take part in correctional education programs are 43 percent less likely to reoffend. 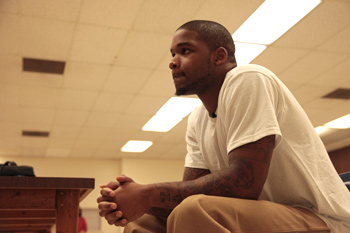 In spite of the benefits of correctional education, the filmmakers “didn’t want to make it seem like a yellow brick road for those involved,” said Roberts.

“Life after incarceration—even with education—is by no means easy. This is why the community needs to take an active role in helping previously incarcerated people leave the penitentiary and reintegrate into society.”

One of those previously incarcerated people, Joseph Field, is very much at the heart of the film.

Joe was a heroin addict for more than 25 years and was incarcerated for close to 12 years, in total. Now, he is a Walla Walla University graduate who has been accepted into a master’s program in social work. He has gone, in his own words, from “convict to educator.”

The warmth of personality that comes across when Joe is on screen is palpable, perhaps because of the relationship that film has with its subject.

“Film can be more immediately engaging than reading a transcript or an article because the interviewees are speaking to the audience, albeit through the director’s editing lens,” Roberts said.

Interviewing Joe and other former penitentiary inmates like Scott Andrews—who tells of a job interview cut short when his potential employer found out about his conviction—rounded out the sense of what post-prison life can be like.

With upward of 95 percent of incarcerated individuals being released, and little to no public funding for projects like the STAR Project, combating the recidivism rate is no small task.

According to Glenna Awbrey, executive director of STAR, there are often “too many barriers to doing the right thing,” from the availability of housing to the difficulty of finding a job. In one interview, Robinson Edwards explained that he had seen men who were released in the morning return to the penitentiary before dinner the same day.

But the fact that there are people in every community trying to support formerly incarcerated people is a good sign for Good, Lawrence and Roberts.

Helping out can be as simple, they said, as treating them like normal neighbors and community members.

“By meeting these people face to face, much of the fear and anger charging [the terms] ‘felon’ and ‘convict’ dissipates,” Roberts explained.

Any community that does not support released individuals as they find an apartment, pay their bills or try to get a job are, Good added, contributing to their failure and—by sending them back to prison—costing the state and the taxpayer even more money. 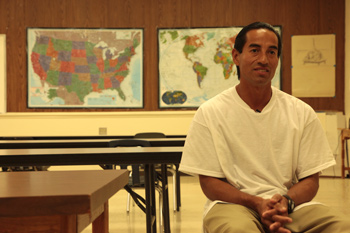 “I think that people change and people are constantly evolving as human beings. And to say that they are what they have done is completely cutting off any growth that they can possibly have in their future,” she said.

Both Roberts and Good urge people to continue the conversation about incarceration, to advocate for funding nonprofits like STAR and educational programs like the penitentiary’s, and to raise these issues with their political representatives.

“I think that can start on a small scale and work itself up to government action scale,” said Good.

But, for starters, it can be as simple as “not clouding your own eyes with stereotypes and instead treating [former inmates] like any other neighbor would—getting to know them for who they are versus just knowing what they’ve done.”

Although Joe Field and Glenna Awbrey know about the film’s win at the Harlem International Film Festival, many of those featured in Call Me Joe have yet to see a final cut.

“You can’t send DVDs to the prison, so we haven’t been able to show them the film,” said Good, who is trying to get them a link to the documentary on YouTube.

In the mean time, they hope to share the message of the film by submitting it to other festivals nationwide. A message put best by Kimo Ridep, one of the incarcerated men: “Prison doesn’t define a person. It’s what we do after that will define us.”