David Allard ’51 received the Albert Nelson Marquis Lifetime Achievement Award from Marquis Who’s Who. This honor is presented to those who have demonstrated leadership, integrity, excellence and longevity within their fields and have made innumerable contributions to society as a whole. Allard is a retired federal judge living in Evans, Georgia.

Kyra Dodge MacIlveen ’61 traveled with friends to Vietnam and Cambodia, including a visit to the ruins at Angkor Wat, followed by a trip to New Orleans earlier this year.

Mary Anne Highberg MacDonald ’63 lives in a Fresno, California, retirement community. After moving in, she found out there were several other alumni living there. She recently had a dinner for all of them and purchased alumni stickers from the bookstore to put at each of their plates. Whitties include Ruth Barrett Kallenberg ’64, Merlee Conrath Sheridan ’60 and Ken Sheridan ’57. MacDonald, Kallenberg and Sheridan were all members of Delta Delta Delta. Another resident, Rosemary Cotton, has a grand-nephew at Whitman, Jack Fleming ’21. 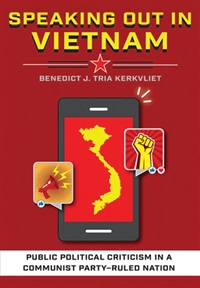 Cornell University Press published a book by Ben Kerkvliet ’65, “Speaking Out in Vietnam: Public Political Criticism in a Communist Party-Ruled Nation.” He assesses the rise and diversity of public displays of disagreement, showing that it has morphed from family whispers to large-scale use of electronic media. Kerkvliet lives in Honolulu, Hawaii.

Robert Wallace ’66, a nationally recognized scholar on Herman Melville, was recently awarded the University of Kentucky Libraries Medallion for Intellectual Achievement. This award recognizes a Kentuckian who has made a contribution of lasting value to the Commonwealth. Drawn to 19th century American literature during his graduate studies, he had come to love "Moby-Dick" while studying with Professor of English Thomas Howells and working on tug boats in Puget Sound. Wallace is a regents professor of literature and language at Northern Kentucky University in Highland Heights, where he has been teaching since 1972. 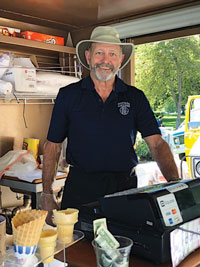 Bob Crabb ’72 and his wife, Maria, are spending their retirement at fairs and festivals across the region with their ice cream trailer, Huckleberry Scoops. Based out of Colbert, Washington, they were in Walla Walla this spring. Crabb did his student teaching at Pioneer Junior High 47 years ago; he and his wife are retired educators. 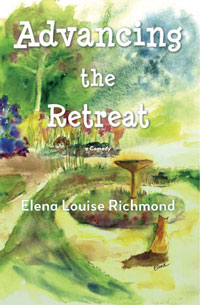 Elena Richmond ’76 published her first novel, “Advancing the Retreat,” a comical story about the rivalries and schemes of a small city church and its neighborhood. The novel is set in Seattle and includes many references to Whitman College. 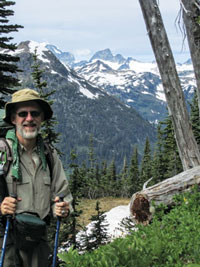 Phil Fenner ’78 was recently elected president of the North Cascades Conservation Council, a Seattle-based organization founded in 1958. Fenner has been on the organization’s board for 10 years and has helped transition it from a small cluster of activists to an interconnected modern environmental movement. The group is working on many fronts to continue to defend and restore the North Cascades’ wildlands. 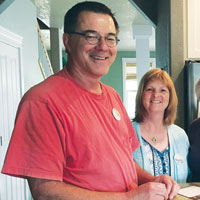 Gayle Townsend ’80 resigned as assistant director of career development in the Student Engagement Center at Whitman College after 4½ years and started a new career as a behavioral health therapist in the Southeastern Alaska Regional Health Consortium, where her husband, Rodney Schaffer, works as a family doctor on Prince of Wales Island, Alaska. After living separately, they sold two homes, closed up a medical practice and have relocated together to Craig, Alaska. 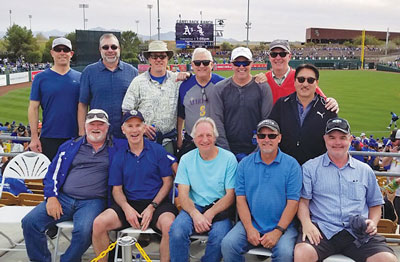 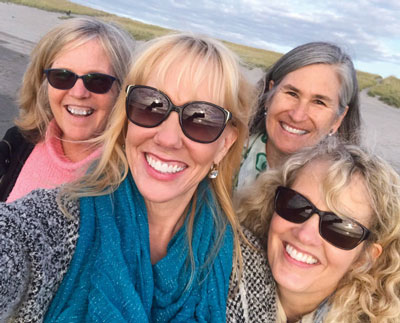 Susan Reynolds Workman ’82, Sarah Woodruff Elgee ’83, Becky Erickson Kyler ’83 and Shauna Lilly Bogley ’83 had their third B section/Theta reunion in Gearhart, Oregon. Workman was the RA, but she is no longer in charge! 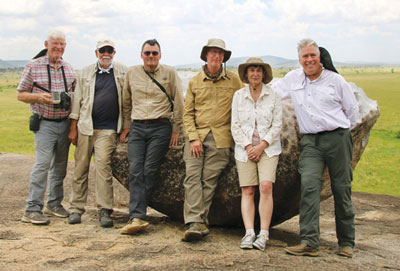 Rod Pyle ’83 went on safari with three Whitman alumni and two parents of a Whitman graduate. They spent 18 days at six game reserves in Kenya and Tanzania, Africa. This photo was taken in front of the Ngong Singing Rock, located in the Moru Kopjes in the southern reaches of the Serengeti plains. The rock, which is a meteor fragment, emits tonal sounds when struck with a hand-held rock. The site is sacred to the Maasai. 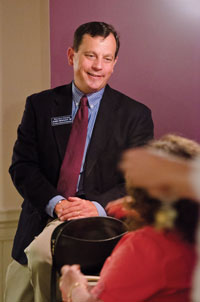 After 25 years at Whitman, John Bogley ’85 left his post as vice president of development and accepted the position of vice president for philanthropy at Interlochen Center for the Arts in Michigan.

“I am drawn back to my hometown of nearby Traverse City and the chance to be close to my parents who live nearby. This is the only job that would pry me away from Whitman and its mission,” Bogley said.

Bogley has served the college in a number of capacities over the years. As dean of admission for seven years he recruited more than 4,500 alumni into the Whitman community, and for the past 16 years he has served as vice president for development and alumni relations, raising more than $250 million in gifts, pledges and future intentions.

“John leaves a tremendous legacy,” President Kathleen M. Murray said. “His accomplishments in enrolling students and in fundraising for facilities, faculty positions, athletics, scholarships, internships and the Annual Fund have left this college and its campus ever changed for the better.”

Patrick Page ’85 was nominated for an American Theatre Wing’s Tony Award for best performance by an actor in a featured role in a musical for his role as Hades in “Hadestown.” The Tony went to Page’s co-star, but the production won for best new musical. 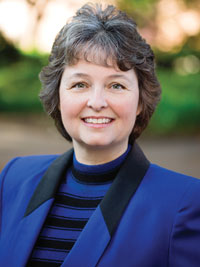 Ketu Shah ’90 was appointed as judge to the King County Superior Court by Washington Gov. Jay Inslee. Shah has been a judge for the past six years in King County District Court, where he presides over the regional Mental Health Court and regional Veterans Court. Before joining the judiciary, he practiced immigration and civil law at his own law office in Bellevue, Washington, for 13 years.

After 29 years as an archaeologist for several federal agencies, Zane Fulbright ’91 is now manager of the Upper Missouri River Breaks National Monument in central Montana. 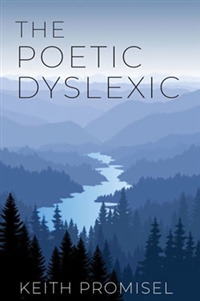 Keith Promisel ’91 has published a Barnes & Noble eBook of his poetry, “The Poetic Dyslexic.” Promisel started writing poetry during his time at Whitman. He lives in Templeton, Massachusetts.

Vandy Roadifer ’95 graduated from the University of Bridgeport’s Nutrition Institute with a Master of Science in human nutrition. She has opened her own nutrition consultancy company, Heart-Root Nutrition LLC, in Lebanon, Oregon. Roadifer is helping clients with complex chronic illnesses improve their health and quality of life through evidence-based nutrition and lifestyle changes. 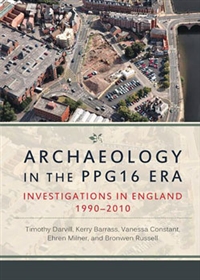 Ehren Milner ’96 has published a culmination of his work as an archaeologist in the United Kingdom, “Archaeology in the PPG16 Era: Investigations in England 1990-2010.” The title references Planning Policy Guidance Note 16: Archaeology and Planning. Published in 1990, this note saw the formal integration of archaeological considerations with the British town and country planning system.

Adam Graham-Squire ’98 received the Meredith Clark Slane Distinguished Teaching-Service Award during High Point University’s 2019 Commencement ceremony. He has taught students across all levels of the mathematics curriculum. Students have said they are more prepared for the real world because of the problem-solving techniques and critical thinking skills he helps them develop. Graham-Squire is an associate professor of mathematics at the University in High Point, North Carolina. 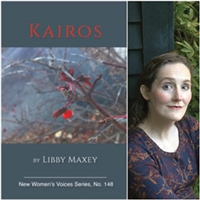 Samantha Howell ’04 moved to Gainsville, Florida, to start a new job as the pro bono director at Southern Legal Counsel, where she will develop a statewide program focused on several areas of poverty-related law and civil rights.

Abby Sloan ’14 earned her doctorate in biostatistics from Harvard University in Cambridge, Massachusetts, in May 2019. 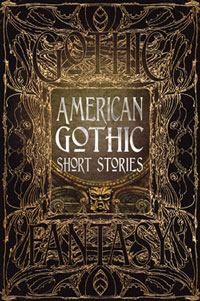 Maxx Fidalgo ’18 had a short story, “Graveyards Full,” published in the anthology “American Gothic Short Stories” by Flame Tree Publishing in the U.K.