Boyer House: More than a century of transition 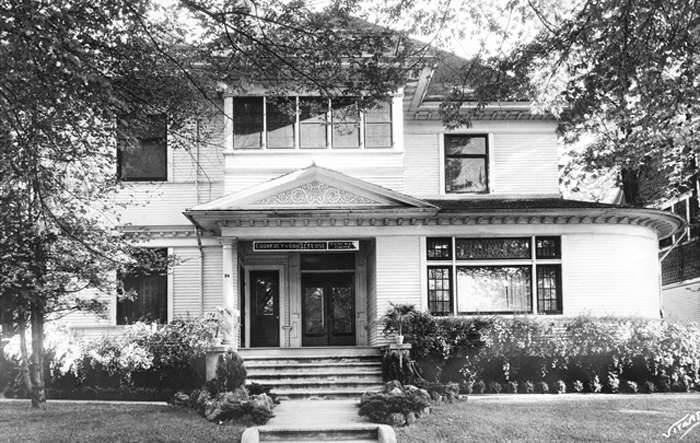 Over the summer, the Office of Communications moved from Memorial Building to a newly renovated Boyer House at 34 Boyer Ave. The house has a long history. The first recorded legal transaction involving this property was a deed dated 1862 that transferred ownership from A.J. and Emma Cain to John F. Boyer. Boyer had been born in Kentucky in 1824 and came west with the gold rush in 1849. After success in California, he returned east in 1852 and married Dorsey Baker’s sister in 1853. In 1862, Boyer arrived in Walla Walla to become Baker’s partner in the merchandising business. Boyer became the first president of Baker Boyer National Bank in 1889. He served as a trustee of Whitman College for 30 years. Boyer built his residence up the street, where the newly renovated Baker Center is now located.

Boyer House, built in 1901 by John Franklin Brewer, changed hands a number of times over the years and was, famously, a funeral home for 67 years. John W. Cookerly, who owned Cookerly and Funk Funeral Home, and his wife, Mattie, had lived next door at 26 Boyer Ave. (now Whitman’s Glover Alston Center). They moved their business to Boyer House in 1925. In 1933, the name of their business was changed to Cookerly and Groseclose when Robert G. Groseclose became a partner. Larry and Jan Krivoshein purchased the funeral home in 1965 and operated the business until 1992 when he sold the property to Whitman College and sold the business to Herring Funeral Home. Herring-Groseclose Funeral Home is still in business at 315 W. Alder St.