East vs. West baseball battle pits a father against his son 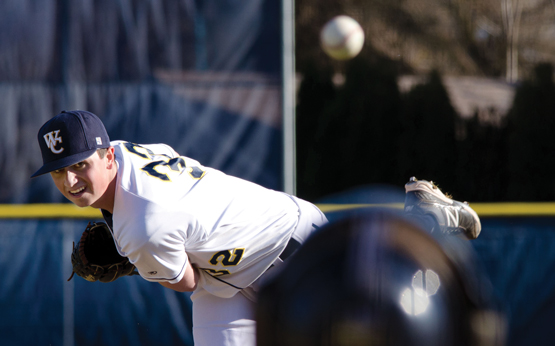 Griffin Sutich ’15 delivers a pitch to an Eastern Connecticut batter in the first game of a four-game series on Friday, Feb. 24. The Warriors defeated the Missionaries, 4-1.

The Whitman College Missionaries took on the Eastern Connecticut State Warriors in a four-game series Feb. 24-26 that featured a coaching duel between father and son.

Jared Holowaty, in his third season at Whitman, took on his father, Bill Holowaty, a coaching legend in his 44th season. Bill has nearly 1,400 victories and four NCAA Division III national titles to his credit.

“This experience opens a window to a different part of the country for both teams,” Jared said. “That’s what I remember most and appreciate the most about what baseball did for me as I was growing up.” 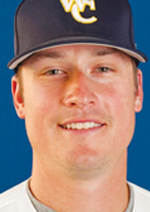 Support from Whitman alumni, the W Club and the Kight Family Endowment made the series possible.

Eastern Connecticut – ranked No. 9 in the NCAA Division III preseason – swept all four games, but it had its hands full with the upstart Missionaries.

In the series opener, a three-run third inning lifted Eastern Connecticut State to a 4-1 win. In the Feb. 25 double-header, the Warriors held off Whitman for a 12-9 victory in the opener and did all of their scoring in the late innings to rally past the Missionaries 12-7 in the nightcap. And in the final game on Feb. 26, Eastern Connecticut rallied past Whitman for an 8-5 baseball victory in a game that was stopped twice due to flurries of hail and snow.

Jared said the series wasn’t just about father vs. son, or winning and losing.

“Both teams want to win four games, but this series gives guys on both teams a chance to meet one another and compete against each other.”

Bill Holowaty said he is happy that his youngest son found a baseball home at Whitman.

“Whitman people are so supportive of Jared,” he said. “He loves it out there, and we’re so darn happy because the people accepted him. They received him like a son.”