Nagle Jackson ’58 traveled to Luxembourg to attend the opening of his play “Opera Comique.” The play also opened at the State Theater of Istanbul.

Robert K. Wallace ’66 is the author of “Dayton Floodwall Poems” (Finishing Line Press, Georgetown, Ky., January 2012). This is his first book of poetry. Robert is the Regents’ Professor of Literature and Language at Northern Kentucky University in Bellevue, Ky. 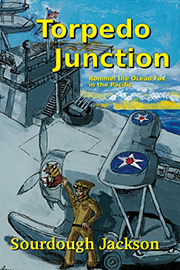 James Jackson ’73, a.k.a. Sourdough Jackson, is the author of “Torpedo Junction: Rommel the Ocean Fox in the Pacific” (Thursday Night Press, Ltd. in Denver, Colo.). “It is a story of alternative history, in which Erwin Rommel grows up in Texas and becomes America’s foremost naval aviator. Come 7 December 1941, this has profound effects. The tale also features JFK in a decidedly different naval role, as well as ‘Tarzan’ author Edgar Rice Burroughs as a war correspondent.” 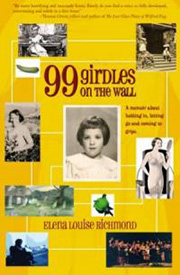 Elena Louise Richmond ’76 is the author of “99 Girdles on the Wall: A Memoir About Holding In, Letting Go and Coming to Grips.” Richmond writes about coming to terms with her upbringing by an emotionally disturbed mother and an alcoholic father. The book is available at Third Place Books.

Rick Stevenson ’77 directed and co-wrote the movie, “Two Brothers”; he is also producing a TV series based on the 5000 Day Project called “Listen.” To read more about both of these projects, go to Facebook or Google.

Jimmy Maize ’02 directed Shakespeare’s “Much Ado About Nothing” at Classic Stage Company in New York City. He also assistant directed a Broadway workshop of “Beauty,” a new musical by Regina Spektor and Tina Landau.