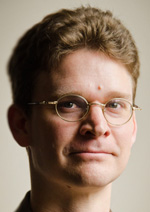 It portrays the civil war between Julius Caesar and Pompey the Great which ended the Roman Republic. Fox’s book was released in February as part of the Penguin Classics series, and replaces the prose rendition by Robert Graves that Penguin published in the 1950s.

In a review of the publication, The New Republic wrote that “Fox’s approach renders Lucan’s pithy aphorisms and paradoxes especially well” and that his translation style gives modern readers “a sense of the forward momentum that is such a powerful feature of the original.”  "Civil War" is available for purchase now. 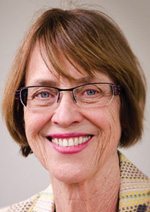 Mary Anne O’Neil, professor of foreign languages and literatures – French, is releasing a new book titled “From Babel to Pentecost: The Poetry of Pierre Emmanuel.” Scheduled for publication in October, this will be the only book-length study in English of France’s most prolific poet of the mid-20th century. “I wanted to write a book that was comprehensible to a wide audience and that would get people excited to read Emmanuel’s poetry,” O’Neil said. She began working seriously on this project in the spring of 1995, and used every sabbatical to work on the book, which includes original translations of all of Emmanuel’s poetry and prose that is quoted.

She decided to translate Emmanuel’s poetry to make the book and the poetry itself accessible to an English-speaking audience. “Since I know my poet well, the real challenge in translating his work was to convey what he really meant to my readers,” she says. Celia Weller, emerita professor of Spanish, assisted in the process by reading over the translations: “Although Celia doesn’t read French, she could tell me when my translation didn’t make much sense in English.” Published by McGill-Queen’s University Press in Montreal, the book will be available for purchase Oct. 1.