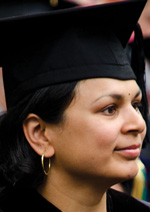 Assistant Professor of Biology Leena Knight joined the Whitman faculty in 2007. She specializes in cellular neurophysiology and offers her students many opportunities to experience their research first-hand in the lab. A student who nominated her wrote: “Her passion for the material and ability to clearly articulate the subject matter have made her classes a joy to be in. … Dr. Knight has invited me into her home and gone above and beyond her ‘duties’ as a professor to become a mentor in my life. She really cares about her students and so often puts our needs above her own.” 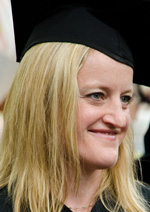 Senior Lecturer of Sport Studies and Head Swimming Coach Jennifer Blomme came to Whitman in 2000. She was named the 2011 NWC Women’s Swim Coach of the Year. A student nominator wrote: “Jenn has recently coached the men’s and women’s teams to their most successful season so far. The teams broke 16 school records at conference, and as if these accomplishments weren’t enough, the GPAs of the men’s and women’s swim teams are among the highest in the nation. Jenn has succeeded in creating a team culture in which everyone is pushed to excel not only as a swimmer, but also as a student, teammate and leader.” 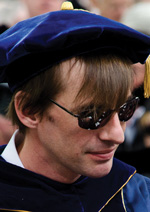 Associate Professor of History John Cotts joined the Whitman faculty in 2004 and specializes in medieval and early modern Europe. He is the author of “The Clerical Dilemma: Peter of Blois and Literate Culture in the Twelfth Century.” A student nominator wrote: “I wanted to remain in the mathematics and sciences, but my liberal arts education encouraged me to enroll in new coursework. In doing so, I met one, if not the best, mentor I have ever had: Dr. John Cotts. He does not merely demonstrate passion for history, but embodies it during every lecture, seminar and office hour meeting.” 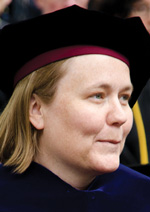 Assistant Professor of Foreign Languages and Literatures – French Sarah Hurlburt joined the Whitman faculty in 2004 and specializes in 19th century French literature and classic French cinema. A faculty member wrote the following in nominating her: “I had the privilege of visiting Sarah’s classroom several times in the last few years, and was always very impressed not only by her warm, engaged interactions with her students but also with her incredible energy …Because the activities she designed fit together so beautifully, students reach a really rich and sophisticated level of learning in her classroom.” 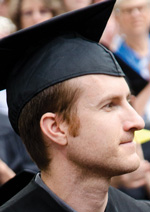 Assistant Professor of Chemistry Timothy Machonkin joined the Whitman faculty in 2006 and is a recent recipient of a grant from the National Science Foundation for enzyme research. In nominating him, a student wrote: “As a teacher, Tim has pushed his students to think for themselves. Everybody is willing to devote copious amounts of time to Tim’s classes because we know that Tim puts just as much time into teaching the classes. There have been many weekday nights at the science building when, stumped by his assignment, I would just walk up to his office and he would be more than willing to sit down and talk it out with me.” 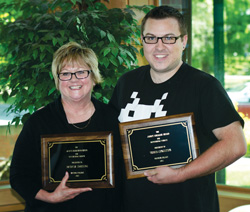