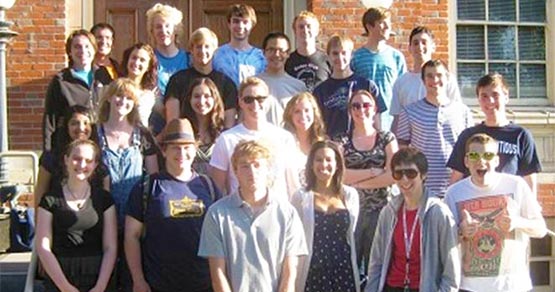 The Policy team competed at the CEDA (Cross Examination Debate Association) National Championship in Norman, Okla., March 22-26. The senior team of Allison Humble ’12 and Alex Zendah ’12 made it to the tournament finals, finishing in second place out of 150 teams attending the tournament. They won seven debates and lost one, then won five in a row in the elimination rounds, only to lose to the hometown team, University of Oklahoma, on a 6-3 decision. Humble came in 20th place overall for individual speakers at the tournament.