From rodeo queen to agriculture politics

For more than 25 years, Katy Thorne Coba ’85 has worked at the Oregon state capitol, where she now heads the Oregon Department of Agriculture. 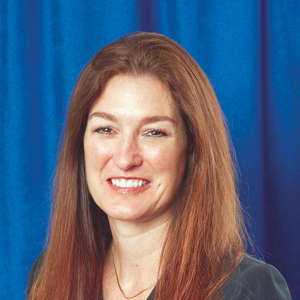 Katy Thorne Coba ’85 is the fourth longest-serving director of Oregon’s Department of Agriculture. However, the former economics major – and politics minor – is the first-ODA director to have also been a real-life rodeo queen.

“It was a big honor,” Coba said, referring to being named Queen of the Pendleton Round-Up in 1982. “The Round-Up is a big part of who I am. It’s my heritage.”

Started in 1910, the Pendleton Round-Up has grown into a week-long celebration of western culture that includes parades, concerts and pageants, one of the country’s largest rodeos. For the Round-Up’s 100-year anniversary, Coba returned to her hometown to ride GeeBee, her father’s quarter horse, in the celebratory parade, donning her old, tasseled riding clothes and cowgirl hat.

“When I went back two years ago, I could still fit in my queen outfit. That’s an accomplishment.”

The former Whitman basketball star has needed to stay in shape in order to handle the demands of her busy job. Tapped to be ODA’s director by then-Gov. Ted Kulongoski in 2002, Coba is only two years away from having the longest ODA tenure. This coming year, however, she faces one of her biggest challenges: forging a compromise between grass seed farmers and specialty seed farmers in the Willamette Valley.

Grass seed farmers want to rotate their crops with lucrative canola. The ODA currently does not distinguish between genetically modified and non-genetically modified canola. Oregon is well-known for producing seeds for pure strains of vegetables, and these specialty seed producers fear GMO canola crops will contaminate and eventually devalue their crops.

Canola is a useful feedstock for biodiesel. With recent federal and Oregon statewide emphasis on developing renewables, tax credits have been enacted to promote biofuels, turning canola into a bumper crop. However, weeds, disease and canola seeds can infiltrate specialty seed crops if crops are harvested too close together.

Both sets of farmers are now at loggerheads over any legislation that might increase acreage set aside for canola crops. The battle between specialty seed growers and grass seed growers is like the tug-of-war between organic farmers and farmers producing GMO crops.

“We’ve spent six years in various stages of meetings to explore ways the competing sides can co-exist. It’s been one of the most challenging issues I’ve dealt with as director,” Coba said.

When trying to bring two competing sides together, Coba said she applies the type of critical thinking skills she honed at Whitman.

“Whitman teaches students how to think. You learn how to look at a problem from every different side.

“The small class sizes at Whitman mean there is no place to hide in class, so you have to be prepared to engage with your professors and fellow students. You challenge each other and learn how to defend your position.”

Defending her position is integral to Coba’s job, and it’s incumbent upon her to find different pathways leading to creative solutions.

“I need to look at problems from a different perspective and try to find middle ground. When trying to reach a compromise, I’ve learned that if you’re getting equal criticism from both sides, it’s a sign you’re in the right place.”

Coba started her political career directly after graduating from Whitman when she moved to Salem, Ore., to work as a staffer for her father, Mike Thorne. He was an Oregon state senator for 17 years. Coba said she enjoys the political process, and whenever she offers career advice, she points young people toward the political arena.

“I strongly encourage young people, if they have a chance to work as staffers for representatives, to do it, because we as citizens are too disconnected from government,” Coba said.

“You see politics everywhere. The local school board, college institutions – everywhere. Understanding how politics works is an important skill.”