It is the largest academic grant Whitman has ever received: $800,000 from the Howard Hughes Medical Institute in 2008.

How is the generous HHMI grant impacting Whitman?

It funds summer research opportunities at the renowned Fred Hutchinson Cancer Research Center, as well as research of 32 students on campus. The grant also funded lab renovations, new courses at the juncture of biology and chemistry, classes such as pharmaceutical drug design, new faculty and Whitman’s Science Outreach program with local middle schools.

The March issue of Whitman Magazine will feature a story on how the HHMI grant has enabled Whitman’s BBMB program join in the fight against cancer and infectious disease.

Faculty from Whitman recently joined colleagues from four other institutions at the first annual meeting of the newly formed NW5C Consortium. In addition to Whitman, the member schools are Lewis & Clark, Reed, University of Puget Sound, and Willamette University.

Through the course of a weekend packed full of working sessions, the 50 faculty members in attendance generated more than 15 proposals for NW5C collaboration, some of which will be funded during this academic year (many as planning grants). Projects proposed included an annual visual culture colloquium for faculty and students, a workshop for faculty in neurosciences, a quantitative reasoning initiative, an online course taken by students during their semester abroad to connect their off-campus experience to their academic program, a short-term campus exchange program to promote student-faculty research, a Summer in Portland program for students and faculty, an educational partnership with Native Americans in the region, and a Northwest Performing Arts Alliance.

The 21st Regional Conference on Undergraduate Research of the Murdock College Science Research Program was held Oct. 26-27 on campus. The MJ Murdock Charitable Trust sponsors the event and funds scientific research for a select number of colleges and universities, including Whitman.

The conference brought together more than 400 students and faculty from Northwest region colleges to present results from research projects they have worked on at their home institutions or elsewhere. About 20 Whitman students presented their research.

The Murdock Trust has funded this prestigious conference for the last 20 years. Schools take turns hosting it. The last time Whitman hosted the conference was in 2002.

These are the rules Fidelma McGinn, one of three guest speakers at this year’s Women in Leadership Symposium, follows.

McGinn, vice president of philanthropic services at The Seattle Foundation and executive director of three non-profit organizations, told students they need to be involved.

“We need to be confident about our competence,” she said. “You are way better than you think you are.”

Deborah Wolf Streeter ’85, mother of Molly Streeter ’15, serves as board president of iLeap and directs The Hans & Elizabeth Wolf Foundation in Seattle. She said women can’t do it all, though.

“I had to take a step back and breathe when I started having children,” she joked.

All three women discussed the importance of having mentors and role models in their lives.

“The purpose of this symposium is to give Whitman students real life examples and stories of role models,” Willoughby said. “These women have carved out exciting and successful careers while also engaging in the community as leaders.”

Nathan Sany ’14, Natalie Pond ’14, Sophia Larsen ’15 and Allison Burns ’13 shared this fact and more with members of the Walla Walla School Board at their meeting Oct. 2.

Members learned that, in addition to serving their community, these students are also sharpening their leadership skills by spearheading volunteer efforts like the Story Time Project, the Mentor Program and the College Coaches program.

About 140 Whitman students volunteer for the Mentor Program alone, which targets elementary school students in need of role models. Other volunteer efforts include America Reads/America Counts, Science Outreach and Project Eye to Eye. 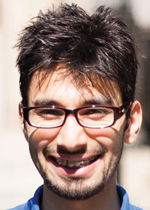 When applying to colleges and universities in the U.S. through an education non-profit program, Hasan Ali ’15 said Whitman stood out.

“I looked at other schools, and I didn’t see anything like Whitman. Whitman is engaged with the student body and everyone is involved with nature. Everyone knows everyone here and is friendly. That was what attracted me to Whitman.”

Due to his significant geographical distance from Walla Walla, Ali researched American schools on the Internet. He applied to four altogether but liked Whitman the best.

Ali originally intended to pursue a degree in computer engineering, but now believes a liberal arts education can help him improve the lives of Iraqis.

“After my life has been changed at Whitman, I need to change the lives of other people,” he said.