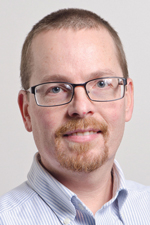 Mark Beck, professor of physics, has published a new text book titled “Quantum Mechanics: Theory and Experiment.” It presents quantum mechanics for the junior or senior undergraduate level and is unique in that it describes not only quantum theory, but also presents five laboratories that explore modern aspects of quantum mechanics. Also, it is the only quantum mechanics text to include laboratories that can be performed by undergraduates, and the book describes quantum mechanics by starting with photon polarization as a prototypical two-dimensional quantum system, which allows for integration of the text and laboratories. It includes chapters that discuss quantum measurement, entanglement, quantum field theory and quantum information. Beck said about a dozen Whitman students contributed to the development of the laboratories. The book is published by Oxford University Press and is available online and soon at the Whitman Bookstore. 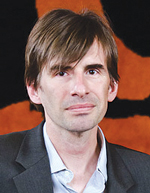 John D. Cotts, associate professor of history and chair of the history department, has published a new book titled “Europe’s Long Twelfth Century: Order, Anxiety and Adaptation, 1095-1229.” The book was released Nov. 9, 2012, by Palgrave Macmillan. According to the description, between 1095 and 1229, Western Europe confronted a series of alternative cultural possibilities that would fundamentally transform its social structures, its intellectual life and its very identity. It was a period of difficult decisions and anxiety rather than a triumphant “renaissance.” Cotts shows how new social, economic and religious options challenged Europeans to re-imagine their place in the world; provides an overview of political life and detailed examples of the original thought and religious enthusiasm of the time; and presents the Crusades as the century’s defining movement.