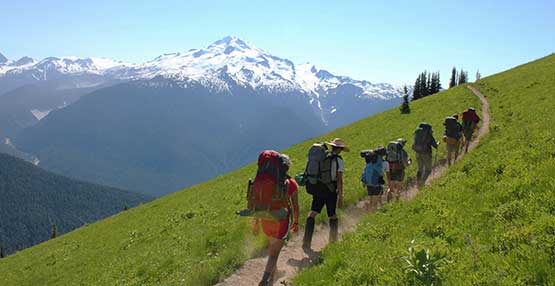 Whitman is committed to creating opportunities for students that further our goal to educate leaders who approach problems with knowledge, passion, imagination, and commitment. The intention is to create a student experience like no other, one that nurtures multi-dimensional thinkers who relate to different cultures and make a difference in their communities and the world.

In addition to several other academic areas, Whitman donors supported three signature programs that cultivate the thoughtful innovation and strong leadership for which the college is best known.

Established anonymously in 2005 and expanded significantly in 2011, this fund boosts the development of environmental leaders by providing support to environmental studies outdoor field work, internships, projects and events. Funds also are available to help students offset financial burdens associated with participating in environmental and outdoor activities, allowing promising leaders to participate in field work they might not otherwise be able to afford.

In line with Whitman's commitment to a broad foundation of knowledge, the Outdoor Environmental Leadership Fund's (OELF) founding donors believe that experiential opportunities are invaluable in deepening character, environmental ethics and leadership skills.

In 2010-2011, the OELF supported scrambles, a winter expedition into the Idaho wilderness, a summer expedition to central Wyoming, participation at the Environmental Law Conference for 15 students, partial support for several students teaching about sustainable agriculture and eco-stoves in Guatemala, and funding for nearly a dozen summer environmental internships. 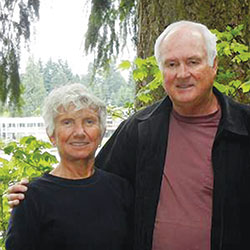 Created with a gift from Penny and Jim De Meules '67, this endowment provides support for the chemistry department, one of Whitman's most popular life science majors.

With aspirations to become a chemist, Jim majored in chemistry at Whitman and was elected to Phi Beta Kappa. He also was active in Sigma Chi, ASWC, debate, The Pioneer and other campus activities. With an interest in the law sparked by Professor Bob Fluno, Jim went on to earn a JD from Columbia Law School. Jim's career with O'Melveny & Myers, LLP, focused on corporate and banking law until his retirement as partner in 2005.

In 2010, Jim and his wife, Penny, expressed their intent to contribute further support to the endowment through a bequest to the college upon disbursement of their estate. The addition of these future bequest funds will transform the endowment into the James and Penelope De Meules Endowed Chair in Chemistry, which will enable the college to fully fund a faculty position in the department.

Though he never became a chemist as he had originally planned when he entered Whitman, Jim greatly appreciates the excellent education he received from the chemistry department faculty and Whitman as a whole. 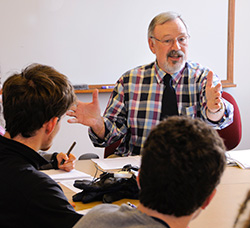 Bob Withycombe directed the forensics program from 1980 to 1992. With his guidance, students earned top speaker in nation honors two years in a row. 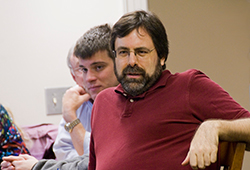 A formidable team for more than 100 years and currently one of the largest squads in the country, Whitman's speech and debate teams continue to compete successfully against their collegiate peers at Harvard, Northwestern, UC Berkeley and Dartmouth, among others.

In recognition of Bob Withycombe's inspirational accomplishments as debate team coach and 30-year career as a professor, numerous donors contributed in 2009-10 and 2010-11 to generously increase the Robert Withycombe Debate Endowment in honor of Bob's 2009 Washington Professor of the Year award and his retirement from teaching. Established in 1998 with a gift from John and Megan Salzman Medica '81, this fund provides team support and travel opportunities for the many students who participate in this award-winning program. As a team member, Megan valued Withycombe's influence on her academic career and his friendship over many years.

Withycombe came to Whitman in 1980 and was promoted to professor of speech in 1994. In addition to his teaching responsibilities, he directed the forensics program from 1980 to 1992. Under his leadership, Whitman's program earned national recognition with students garnering numerous awards, including top speaker in the nation two years in a row, second in the nation in individual events and fifth in the nation in debate and nearly a dozen academic and competitive All Americans in debate. With Withycombe's guidance, Whitman students have won more than 425 individual and team awards in speech and debate.

In honor of Withycombe's successor as debate team coach, alumni and supporters of the debate team have joined together to establish the Jim Hanson
Debate Endowment. Overseer Jason P. Smith '97 has made a lead gift to the effort and is rallying the support of debate alumni to acknowledge Hanson's remarkable leadership and his work on behalf of the program. The endowment will provide funding for future generations of speakers and debaters. 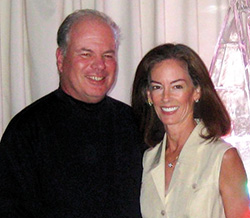 A graduate of Western Washington University, Hanson earned his master's from the University of Washington and a Ph.D. from the University of Southern California. He came to Whitman in 1992 and was promoted to full professor in 2006. He is a ranking director of the National Debate Tournament and the treasurer for the National Parliamentary Tournament of Excellence. Hanson has written several books, including "Breaking Down Barriers: How to Debate" and "The Dictionary of Forensics."

Whitman's generous donors recognize the importance of a strong and broad foundation of knowledge. Year after year, they seek meaningful ways to support the college and its mission to provide an outstanding liberal arts education.

Gifts such as those highlighted here — along with thousands of other gifts made each year — foster the celebrated exchange of teaching and learning that is so vibrantly demonstrated on our campus.