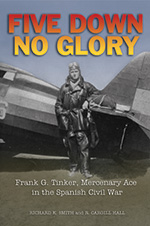 R. Cargill Hall '59 is co-author of "Five Down, No Glory: Frank G. Tinker, Mercenary Ace in the Spanish Civil War" (Naval Institute Press, 2011). Tinker, a U.S. Naval Academy graduate, Class of 1933, flew fighters in combat with the Soviets during the Spanish Civil War, commanded a Soviet fighter squadron for a brief period and died under mysterious circumstances in Little Rock, Arkansas, in 1939. "This first in-depth biography of Tinker covers his experience in combat, culminating with his commanding a Soviet squadron and terminating his contract with the government of Spain." 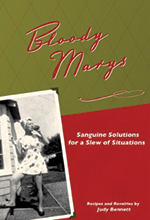 Judy Wheelon Bennett '83 is delighted to announce the publication and release of her new book, "Bloody Marys: Sanguine Solutions for a Slew of Situations." It is available through amazon.com. "It is a lighthearted summer-on-the-deck read!" 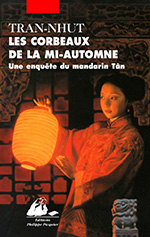 Thanh-Van Tran-Nhut '84 published her 10th book, "Les Corbeaux de la Mi-automne" (Editions Philippe Picquier, 2011). It belongs to a series of detective novels set in 17th century Vietnam, whose main character is Mandarin Tan, a young magistrate in charge of meting out justice in a country swept by the winds of change and threatened by an imminent civil war between the North and the South. The internal crisis is intensified when French Jesuits set foot on the territory with hopes of evangelizing the population. European merchants are about to rule this part of the world as ships roam the Eastern seas, their bellies loaded with silk, spices, precious woods and gems. The series, written in French, has been translated into six languages. Tran-Nhut majored in mathematics and physics at Whitman, then went on to study at the California Institute of Technology through the 3-2 engineering program. She worked many years as an engineer in Paris before beginning this series of novels with her sister, a physicist. Visit her site at tvtn.free.fr (in French and in English).