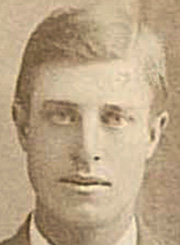 Sequoyah Kearns, mother of Alexandra Kearns ’11, writes: "I enjoyed the recent article on past commencements (July 2011 Whitman Magazine). I wish I'd known you were writing it because I have an interesting tidbit to share with you that you might enjoy. 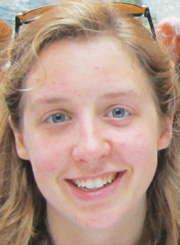 "Wouldn't it have been nice for you to have known that Christopher Columbus Gose, one of four in the very first graduating class of 1886, is the great-great-grandfather of Alexandra Kearns, who was a graduate this year in the 125th class commencement?
"Christopher Gose went on to become a lawyer and served in the Washington State Legislature. Coincidently, Alex starts law school this month at University of Oregon. She is interested in politics as well, and hopes to work for the FBI. It's a whole 'nuther story!"