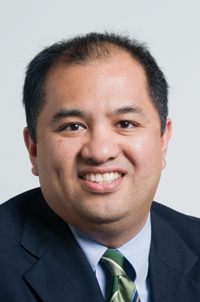 While graduation rates slipped for one-third of the nation’s four-year colleges between 2003 and 2008, Whitman College experienced a 7 percent increase, according to data analysis and reporting by The Chronicle of Higher Education.

With a 2008 graduation rate of 92 percent, Whitman is among the top schools in the country — and best in Washington state — for helping students successfully, and efficiently, complete their undergraduate degrees.

The report, which includes graduation data from more than 1,000 public and private colleges and universities across the nation, calculates “the percentage of all first-time, full-time students entering in the fall seeking bachelor’s degrees who completed bachelor’s degrees within six years.”

Whitman’s 2008 graduation rate, which is nearly 40 percentage points higher than the national average of 53 percent, places the college in the Top 13 of 230 “private baccalaureate arts and sciences institutions.”

“A variety of factors contribute to Whitman’s high graduation rate, not the least of which is our student body itself. Our students are high-achieving and multitalented. They are attracted to Whitman’s engaging community and reputation for academic excellence,” said Tony Cabasco ’90, Whitman’s dean of admission and financial aid.

“We say that we recruit future alumni. We expect each one of our students to graduate, and staff and faculty work together to provide the learning experiences and support designed to encourage academic and personal development.”

According to Cabasco, student retention and graduation is a concerted effort that is valued and understood by the entire Whitman community.

“From the admission and financial aid process, to strong residential life programs, to accessible academic resources and advisers, Whitman students benefit from ongoing support both in and out of the classroom.”