As a pre-med student, Yo Hakomori ’80 explored connections between disciplines and uncovered a passion for architecture

The wHY Architecture and Design firm, co-owned by Yo-ichiro "Yo" Hakomori ’80, designed the Grand Rapids Art Museum in Michigan, the nation’s first art museum to earn LEED gold certification. The museum’s lobby is pictured at left. Hakomori describes the architecture firm as a "collaborative workshop for creativity in architecture and design." Hence the name, wHY: w for workshop and HY for the founding partners’ names, Hakomori and Yantrasast.

While many of his designs feature clean lines and square-shaped spaces, when it comes to defining the signature style of his work, accomplished architect Yo-ichiro "Yo" Hakomori ’80 isn’t quick to put himself in any one box.

"Each project is very different. You never know what you’re going to get, except that it will be something contemporary and elegant and will fit the specific needs of the client," said Hakomori, who, along with his business partner, Thailand native Kulapat Yantrasast, started the Los Angeles-based wHY Architecture and Design firm in 2003.

The worlds of art and physics collided in a class taught by Ed Humpherys, professor emeritus of art.
With an impressive portfolio that spans residential, commercial and major civic projects, Hakomori’s firm is a "collaborative workshop for creativity in architecture and design." Among the firm’s notable projects is the striking new home of the Grand Rapids Art Museum in Michigan. Completed in 2007, the bright and expansive downtown fixture is the nation’s first art museum to earn gold certification from the Leadership in Energy and Environmental Design (LEED). Showcasing the firm’s capabilities for seamlessly merging art, technology and sustainable design, the museum quickly landed wHY a number of subsequent projects, including the Tyler Museum of Art in Tyler, Texas, the Speed Art Museum in Louisville, Kentucky, a series of redesigned galleries for the Art Institute of Chicago and the Pomona College Studio Art Hall in Claremont, California.

"I majored in biochemistry at Whitman, and I was going to follow in my father’s footsteps and become a doctor," said Hakomori, the son of Dr. Sen-itiroh Hakomori, a cell membrane cancer researcher at Seattle’s Pacific Northwest Research Institute. "I enjoyed my (undergraduate) education, and I really got into certain aspects of biochemistry, but, deep down, I knew I didn’t want to be a doctor."

In addition to his interest in the sciences, Hakomori said the liberal arts education he received from Whitman helped him better understand the connections between different disciplines — and ultimately — uncover his budding passion for architecture. A drawing course taught by Ed Humpherys, professor emeritus of art, introduced Hakomori to the principles of light and reflection and how these elements give unique qualities to any form. In Humpherys’ class, the worlds of art and physics collided for Hakomori, and he was intrigued by the manipulation of space and light.

With a career in architecture lingering in the back of his mind, he continued his biochemistry studies and, after graduating, he and several friends — including longtime pal Joe Davis ’80 — embarked on a summer-long bike tour across Europe. Along the journey Hakomori couldn’t help but marvel at the diversity and beauty of the architecture he saw. 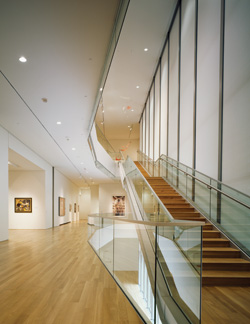 The innovative and green design for the Grand Rapids Art Museum earned Hakomori’s architecture firm several other major museum projects. (Below) wHY created a traveling exhibit from the recycled materials from the Grand Rapids project. This accordian-style foldout brochure about the green project and exhibit is bound with a recycled wood cover.

"The built environment in Europe is just so different from what we see in the United States. I remember walking into Amiens Cathedral (in France) and seeing this soaring space with 100-foot-tall stone walls and light entering the space in such dramatic ways … it was moments like that when I truly knew that architecture was what I wanted to study."

Reeling from his international adventure, Hakomori returned home and — after working in his father’s laboratory for a year, putting to rest any lingering doubts about a career in medicine — enrolled in the Graduate School of Architecture and Urban Planning at the University of California, Los Angeles (UCLA). He earned a master of architecture degree from UCLA before embarking on another overseas adventure to Japan, where he earned a doctorate in engineering in architecture at the University of Tokyo.

After several years of studying and teaching in Japan, Hakomori came back to California and began applying his creative vision to a number of new projects. In 1995 his first residential commission came from fellow Whitman alumnus Ken Conner ’81 and his wife, Jennifer O’Donnell Conner ’83, who hired him to design their Marin County home. Another early commission came from Joe and Sarah Nordholm Davis ’80, who requested plans for a family lake house in Minnesota.

"I had proposed a design for the Davises’ home that was a little more avant-garde; a series of pavilions with connecting walkways. But that wasn’t exactly what they wanted," recalled Hakomori, chuckling. "Instead, we went with a multistory home with one side of the house done almost completely in glass. I still joke with them that theirs is the only house with a pitched roof I have ever designed."

From those first residential projects, to ongoing professorship posts at the University of Southern California and the University of Oregon to receiving accolades for his growing portfolio of high-profile projects, Hakomori has spent more than two decades expanding the reach of his architectural talent. With each passing year, he finds himself relying more on the innate awareness that first launched his architectural journey.

"You’d think that art is based more on intuition and science is focused more on knowledge and fact, but what I think happens is that as you get more proficient in either of those fields, the intuitive knowledge base and factual knowledge base become equally important. In this sense, Einstein may have been an artist because he used an intuitive sense of how things worked."

A testament to Hakomori’s intuition and the reputation of the firm he co-founded, wHY was recently awarded a project to develop the new Art Center in Cairo, Egypt, for the renowned Bibliotheca Alexandria.

Yo Hakomori's recent collaboration with the Grand Rapids Art Museum 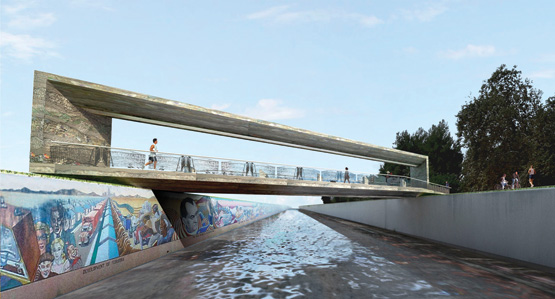