Alumni: Where did you learn?

The December 2010 Whitman Magazine featured current students who each found their own creative and productive ways to learn and study. We asked alumni: What was your favorite setting to learn and study when you were a Whitman student? Here are some answers:

One of my favorite places to study was the Turf Tavern. Dick Timmons held court each weekday night at 11:30 with discussions on a wide range of topics. I learned from him that it was important to take the information from textbooks and professors and modify it to fit daily life. In later years I would travel to Walla Walla on work-related business. I tried to stop at the Turf as often as possible. Dick was gone. However, the vibrations of daily life in Walla Walla filled the room. It made me realize again how important the people and city of Walla Walla are to the Whitman experience. Thank you, Dick, for an education on life. 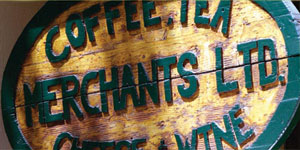 I loved the feature in the December 2010 issue "Where we learn." It brought back so many memories! I graduated in 1992, and I always did my best learning at Merchants. I became an early bird during my time at Whitman (an inclination that's still with me today), and I would wake up early to walk down to Merchants for a latte and croissant and a couple hours of deepest concentration. There was something about the stillness of the morning, the aroma of the coffee, and the white noise of the morning "commuters." It was perfect.