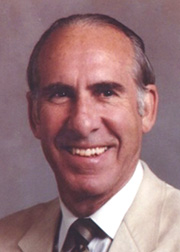 He was born in Thessaloniki, Greece, to American parents. He grew up there, in Hawaii and in Washington state. He joined the Army and served in the 8th Army Chemical Corps in Japan under Gen. Douglas MacArthur.

After military service, Riess attended Whitman, where he was active in debate and the Economics Club. He went on to earn his master’s degree from Harvard Business School in 1951.

Riess, an international business executive, and his wife, Priscilla, lived in nine countries over a period of 30 years, and their three children each were born on a different continent. As a senior executive of Cinema International Corporation, Motown Industries, International Paper Company and Ford Motor Company, he ran business operations on five continents. Most recently, he ran a worldwide consulting and training consortium, taught international business courses and served as an expert witness.

He published three books: "Passports to Adventure," "Confessions of a Corporate Centurion" and "Communism to Capitalism," which drew from his experiences, observations and adventures.

After retirement, world travel continued as he used his expertise to help rebuild devastated industries as a volunteer with the International Executive Service Corp.

The Whitman Alumni Association named him an Alumnus of Merit in 1983. He served as an overseer from 1985 to 1995. He also volunteered as a lecturer at the Senior Alumni College (now Summer College) and presented the Allen-Boeing Lecture in 2007. The couple also hosted alumni events in their home.

He is survived by his wife; a sister and brother; a foster sister, Maria Weissenberg Barrows ’47; sons Mark and Blake, and daughter Kimberly. 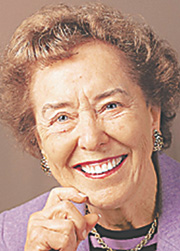 Hayner was born in Portland on Jan. 22, 1919. She earned her bachelor’s degree from the University of Oregon and graduated from the U of O Law School in 1942 as one of only two women in her class. She and her husband, Herman "Dutch" Hayner, met in law school and moved to Walla Walla in 1947.

She dedicated herself to raising their three children and civic activities. In 1972, she ran for an open seat in the state Legislature. At that time there were seven other women in the House and none in the Senate. She was elected to the House, and after serving four years, earned a seat in the Senate. By 1979, she was the Senate Republican leader and remained in that position until she retired in 1992. She became the Senate Republican majority leader in 1981.

"Hayner was highly respected by her fellow Republicans as well as Democrats for her political acumen, her pragmatic approach and the way in which she treated her colleagues with respect," the Walla Walla Union-Bulletin editorial board wrote at the time of her death.

Hayner earned numerous awards, including the Lifetime Achievement Award from the Washington Independent College and University Presidents, and an honorary doctor of laws degree from Whitman College in 1992. In 2005, she was honored as the first board chair of TVW, the Washington State Public Affairs TV Network. Its headquarters building in Olympia, Washington, was renamed the Jeannette C. Hayner Media Center.

She is survived by two sons, Steve Hayner ’70 and James Hayner, Whitman trustee emeritus and recipient of an honorary doctor of humane letters in 2010, and daughter Judy Hayner. 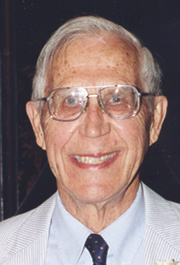 He was born Nov. 9, 1918, in Lewiston, Montana, to Sam and Helen Fairbank. In 1930, his family moved to Seattle. He met his wife of 67 years, Martha Edmonds Fairbank ’42, at Whitman. He was a member of Tau Kappa Epsilon fraternity and earned the 1939 Raymond Vincent Borleske outstanding male athlete trophy for his track and field prowess. A physics major, Fairbank earned membership in the Order of Waiilatpu and Phi Beta Kappa honoraries.

After Henry and Martha married, they moved to New Haven, Connecticut, where he earned his doctorate in physics from Yale University. He then joined the Manhattan Project in Los Alamos, New Mexico. After World War II, Fairbank returned to Yale as a faculty member. He was a Guggenheim Fellow at Oxford University. His work on low temperature physics involved experimental research on liquid helium-3. When his graduate student David Lee, along with two others, earned the Nobel Prize in 1996 for their work on superfluid helium-3, Lee credited Fairbank for suggesting the cooling method that enabled their discovery.

Fairbank chaired the Duke University Physics Department from 1962 to 1973. He retired in 1988. He earned election as a Fellow to the American Physical Society and the American Association for the Advancement of Science, and an honorary doctor of science degree from Whitman. The Whitman Alumni Association honored him with the Sally Rodgers Award for Lifelong Achievement in 2001.

Fairbank is survived by his wife, three children and two sisters, Ruth Fairbank Roberts ’43 and Janet Fairbank Thompson ’45, and niece Janet Harding ’69. He was preceded in death by a sister, Elizabeth Fairbank Harding ’37, and brother William Fairbank ’39.

If you would like to make a gift in honor of a classmate who has died, please send a check to: Whitman College, 345 Boyer Ave., Walla Walla, WA 99362. Indicate the person you want to honor. Your gift will be added to the Memorial Scholarship Endowment unless you designate otherwise. You may make a gift online: Go to Online Giving and select “Memorial Scholarship Endowment.”