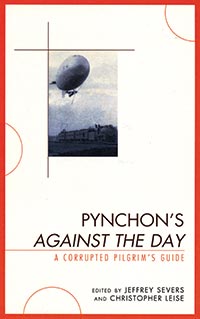 “We hope we have arranged a serious scholarly collection but one that might also intrigue Pynchon's substantial cult of followers outside academe.”
Christopher Leise
assistant professor of English

Christopher Leise, assistant professor of English, has co-edited and written the introduction to a book of critical essays on the prominent American novelist, Thomas Pynchon, by established and emerging voices in the field of American literary studies.

When Pynchon's "Against the Day" was published in 2006 it elicited diverse opinions.

The book's plot covers nearly three decades — from the 1893 World's Fair to the years just after World War I — and follows hundreds of characters. Leise found the initial critical reception of Pynchon's novel to have "largely missed the point."

In early 2007, Leise and co-editor Jeffrey Severs began compiling a collection of better-informed scholarship, which appears in their recently released book "Pynchon's 'Against the Day': A Corrupted Pilgrim's Guide." 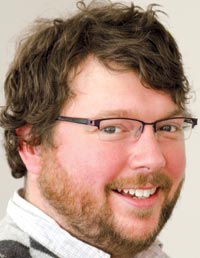 "We hope we have arranged a serious scholarly collection but one that might also intrigue Pynchon's substantial cult of followers outside academe," Leise said.

Each essay addresses "a significant aspect of the novel's manifold interests," according to the book's publisher.

"By focusing on three major thematic trajectories (the novel's narrative strategies; its commentary on science, belief and faith; and its views on politics and economics), the contributors to 'A Corrupted Pilgrim's Guide' contend that 'Against the Day' is not only a major addition to Pynchon's already impressive body of work but also a defining moment in the emergence of 21st century American literature."

Leise specializes in 20th century and contemporary American fiction, American Puritanism and American Indian literatures from pre-contact to the present. Severs is an assistant professor in the English department at the University of British Columbia.

"Pynchon's 'Against the Day': A Corrupted Pilgrim's Guide" was co-published by the University of Delaware Press and Rowan & Littlefield.