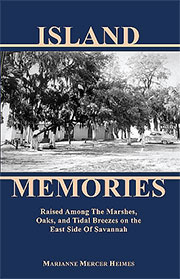 Marianne Mercer Heimes '54 published her first book, "Island Memories: Raised Among The Marshes, Oaks, and Tidal Breezes on the East Side of Savannah" (Cecil Press, 2010). Tom Barton, editorial page editor of the Savannah Morning News writes, "Few people know, love and appreciate the history of Chatham County's eastside islands like Marianne Heimes. She is a dogged defender of the natural beauty that makes this area between the mainland and the sea such a special place and has an eye and an ear for the people who grew up there and have stories to tell." Heimes graduated from Whitman with a degree in English. She has lived more than 30 years on the islands. "An English major's dream is to one day write a book. Turns out it's even better if you sell many copies." 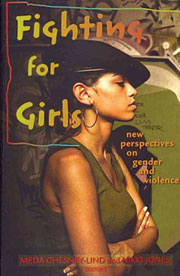 Meda Chesney-Lind '69 is the author of "Fighting for Girls" (Suny Press, September 2010), which has received an award from the National Council on Crime and Delinquency. "My next book, 'Feminist Theories of Crime,' edited with Merry Morash of Michigan State University, is scheduled for publication by Ashbrook Press in October 2011. In other news, this summer I will begin a three-year term as director of the University of Hawaii's Women's Studies Program, a position that rotates among members of the program." 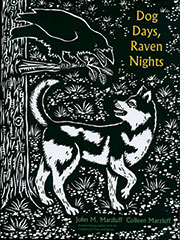 Colleen Sanford Marzluff '82 and her husband, John Marzluff, describe their remarkable experience as newlyweds and young field biologists studying ravens in the wilds of the Maine woods in "Dog Days, Raven Nights" (Yale University Press, March 2011). Twenty years ago, they joined scientist Bernd Heinrich to conduct winter studies of ravens in Maine. The challenges they faced included managing giant frozen carcasses, capturing 300 ravens and caring for them, training dogs to haul equipment and supplies, designing dogsleds and constructing an enormous aviary from scratch. At the same time, the newlyweds navigated the challenges of married life and a rural community. Colleen studied wildlife biology at Northern Arizona University, where she worked as a research technician. She is an animal behavior expert, especially in the raising and training of sled and herding dogs. John, professor of wildlife science, College of Natural Resources, University of Washington, is co-author of "In the Company of Crows and Ravens." The Marzluffs live in unincorporated Snohomish County with their two daughters and three border collies. 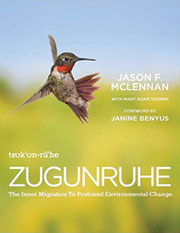 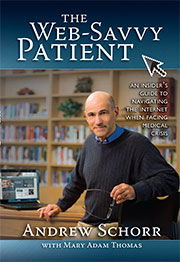 Mary Adam Thomas '85 collaborated on two recently released nonfiction books. "Zugunruhe: The Inner Migration to Profound Environmental Change," written with Jason F. McLennan, CEO of the Cascadia Green Building Council, is a collection of essays exploring the ways in which individuals can serve as change agents in the global environmental movement (Ecotone Publishing Company, November 2010). "The Web-Savvy Patient: An Insider's Guide to Navigating the Internet When Facing Medical Crisis," written with Andrew Schorr, founder of Patient Power, shows people who want to be active, empowered members of their own health care teams how to find potentially life-saving information and connections online (Patient Empowerment Network, March 2011). Thomas lives on Bainbridge Island, Washington, with her husband, Kevin Thomas '85, and their two children. She has worked as a freelance writer since 1995 via her business, Thomas Communications.

Jonathan Potter '87 is the author of "House of Words," a collection of poetry (Korrektiv Press, 2010). A poem from the collection was featured on the Feb. 28, 2011, edition of Garrison Keillor's "Writer's Almanac."

Alexander Maksik '95 is the author of "You Deserve Nothing" (Tonga Books, August 2011). The book is set in Paris, at an international high school catering to the sons and daughters of wealthy, influential families. Alice Sebold, author of "The Lovely Bones," wrote, "Alexander Maksik's relentless engagement of ideas and literature and the depiction of his characters who are hopeless in the way all of us are hopeless, makes for one of the most engaged reads I've had in years. 'You Deserve Nothing' is that rare and fearless debut novel that feels like anything but."

Jessaca Leinaweaver '97 is the recipient of the 2010 Margaret Mead award for her book "The Circulation of Children: Kinship, Adoption, and Morality in Andean Peru" (Duke University Press, 2008). The American Anthropological Association and the Society for Applied Anthropology jointly present this award to a younger scholar for an achievement that helps make anthropological research meaningful to the public. Leinaweaver is the Vartan Gregorian assistant professor of anthropology at Brown University.