The Butcher and the Vegetarian 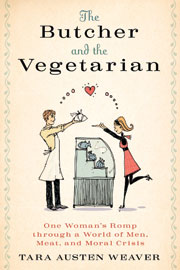 Q: What do you get when you mix tofu with two cups of brown rice, an assortment of grilled veggies and a gifted writer?

A: The answer is Tara Austen Weaver '93, author of "The Butcher and the Vegetarian: One Woman's Romp through a World of Men, Meat and Moral Crisis."

Weaver's foodie memoir, published in 2010, has met with critical acclaim for the honest, often hilarious and occasionally heartbreaking tale about her adventures in the world of meat.

Weaver, who majored in art history and studied abroad in Vienna during her junior year, says that you can't really get out of Whitman without a solid base in writing skills. Those writing skills have served her well working for several publishing companies, at a literary agency and as a freelance developmental book editor. In addition, Weaver's food blog, "Tea and Cookies," has been recommended by the Food Network and was selected by The Times of London as one of the Top 50 food blogs in the world (teaandcookiesblog.com).

"The Butcher and the Vegetarian" begins with Weaver's trip to a butcher shop — a place she has never before ventured in her life. She fights her insecurity because she's there on doctor's orders. In an effort to address mysterious health problems that leave Weaver feeling chronically fatigued, various health care providers recommend the addition of the protein found in meat into her mostly vegetarian diet. What follows the initial visit to the butcher shop is a tale of Weaver's exploration into an unfamiliar world. She brings readers along on the journey, from standing at the cutting board in her own kitchen to receiving barbecue lessons from a master griller and then visiting cattle ranches focused on sustainable, natural options for beef production. 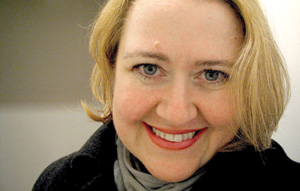 Recently Weaver shared her thoughts about her experiences at Whitman and about the journey that led to "The Butcher and the Vegetarian."

Given that you were raised on a vegetarian diet and arrived at Whitman in 1989 (when vegetarian offerings were more limited), I'm curious what you found to eat at Jewett Dining Hall?

I was born into vegetarianism;

I didn't choose it for myself. Growing up I didn't want to feel different or weird in any way. If you invited me to your house and served me chicken, I would eat it.

Going to Whitman was more exposure to mainstream American food than I'd ever had. I was amazed by the variety of cereals in the cereal bar because I wasn't allowed to eat sugar cereal at home. My friends laughed at me because I ate cereal for dessert. It was really my senior year at Whitman when I started to get into cooking. I was inspired by the food in Europe (while studying abroad), and I tried to recreate it in my tiny, little off-campus kitchen.

Given your background, what led you to write (and experience) a book about corned beef, kill floors, butchers and all things meat?

A friend of mine read another piece I had written in which I said I feared meat and that I thought butchers were like dogs and could smell my fear. She pointed to it and said, "That's what you should be writing about!" Meat is something I always felt ambivalent about, and it also fascinated me because it's a world I wasn't raised in. I wanted to answer my own questions (about meat) and to also write a story that would, hopefully, both amuse people and get them to look at their own assumptions.

Have you received feedback from readers?

I get emails from people saying they've found a small, family-run ranch near where they live, and they just bought a quarter of a cow. Or, they joined a Community Supported Agriculture from a small farm because they read my book. That I could write something that would help people rethink their life choices is pretty humbling.

What did you gain from the experience of writing "The Butcher and the Vegetarian"?

It was really great to visit ranches, to meet people who are trying tremendously hard to provide better alternatives and to tell their story. The book helped me realize and see the choices we make every day when it comes to food. We're quick to want to label people — meat eater, vegetarian, etc. I'm more about getting people together at the same table. I don't want food to be something that divides us. I write about food, but I'm really writing about relationships. I like the fact that food and meals bring people together, regardless of our differences. I think it's a sacred thing.

Any advice or thoughts on writing for current students or other alumni interested in writing?

It was fascinating to have a book published in the era of Twitter. Back in the day, you would hope people were reading — but now they're telling you what page and chapter they're on, in real time! Even though we're in a time of great change when it comes to media, humans are hard-wired to want stories. This is how we make sense of our world and our experience and how we learn, teach each other and share. The Internet democratizes writing. Anyone can get a blog, and we're hearing stories we've never been able to hear before. In some ways it's much easier to get your voice out there. Things are definitely changing, but there's a lot of promise as well.

How did your experiences and education at Whitman influence the writing of this book?

I feel like Whitman makes you look at the world and question. I don't think that ever stops. The education we get at Whitman trains us to look at things critically, to ask questions and to wonder why. 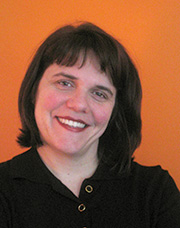 Liz Sheffield '93 is a freelance writer who took every creative writing class possible while majoring in English at Whitman. Her essays, articles, interviews and short fiction have been published in national and regional publications. Sheffield lives in Seattle with her husband and two young sons. She can be reached at www.lizsheffield.net.

For more about Tara Austen Weaver '93 and her book, see taraweaver.com. "The Butcher and the Vegetarian" is available online.