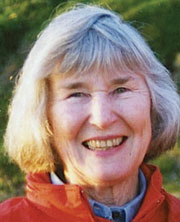 Gini was born Nov. 18, 1921, in Seattle to Bertrand and Ruth Wallace Graham and was raised with her three brothers in the Seward Park area of Lake Washington. Gini was awarded a four-year scholarship to Whitman, where she excelled as an athlete and scholar and served as president of Phi Beta Kappa, graduating with a degree in economics. She also met her future husband at Whitman, Ashton J. "Ash" O'Donnell '43. They married in 1943 and moved to Oak Ridge, Tennessee, where they both worked on the top-secret Manhattan Project. Gini was an administrator in the Y-12 ("Racetracks") production manager's office and held a higher security clearance than did her physicist husband — a fact that Ash always enjoyed relating.

After the war, Gini became a full-time mother, homemaker and supporter of her husband's international career in the sciences. The family moved to Eastern Washington, where Ash worked for Hanford Labs; then to the Bay Area (Atomic Energy Commission and Stanford Research Institute); Vienna, Austria (International Atomic Energy Agency); and back to the San Francisco Peninsula (Bechtel), where Gini hosted foreign students and faculty through her work with International House at Stanford University.

According to their daughters, Gini and Ash felt that Whitman College had transformed their lives and opened up the world to them, and they were passionate in their support of the college. The couple's deep commitment to international education led to their establishment of the chair in global studies at Whitman to bring to campus experts in international fields, from diplomacy to engineering and the arts.

"Ash and Gini's passionate advocacy and support for global studies at Whitman served as an important stimulus for our emphasis on and commitment to global education for our students," Whitman President George Bridges said at the time of Ash's death in July 2010.

Gini is survived by three daughters and three sons-in-law, Sherry '68 and Bob Burns '68, Joan O'Donnell, Jennifer '83 and Kenneth Connor '81, and Lawrence Wilkinson; six grandchildren and one great-grandson; and a brother. She was preceded in death by her husband, Ashton '43; a daughter, Lynn O'Donnell; and two brothers.

Gini's family has asked that memorial gifts be made to the Ashton J. and Virginia Graham O'Donnell Chair in Global Studies at Whitman, 345 Boyer Ave., Walla Walla, WA 99362. 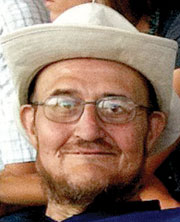 He was born in Walla Walla on Oct. 5, 1948, to Jacob and Emma Schmidt Riehl. Jack graduated from Walla Walla High School in 1966 and earned his philosophy degree from Whitman in 1970.

At Whitman, he was founder and editor of an alternative campus newspaper, The Narrator. As a short-order cook at the old Student Union Building, the SUB, he was famous for his burgers and his original "Jellyfish Sandwich," which featured tuna, mayo, lettuce, onion and grape jelly.

The Class of 1970 was the first to choose one of its own to represent them as class speaker at Commencement, and they chose Riehl. His speech was broad-ranging, from the essence of hamburger — "all hamburger patties participate in a universal substance, an essence, as it were of hamburger" ­— to the essence of humankind, "When we are unsure of ourselves, when we feel frustrated or unfulfilled, it is quite easy to blame others for the trouble. It is easier to hate another, especially if that other is different than you, than it is to hate one's self."

Riehl worked for Harper-Row Publishing before he became Whitman's director of alumni affairs in 1972. His tenure saw an increase in local club activity, alumni recognition and reunion participation, according to a history of the Alumni Association. In 1976, Riehl was named dean of the first Alumni College, now called Summer College, which brought alumni to campus for a weeklong exploration of genetic engineering and the limits of economic growth. Inspired by the success of Alumni College, the association went on to promote individual trips with faculty beginning in the late 1970s. He resigned as alumni director in 1977.

Riehl was a brewmaster at Mill Creek Brew Pub, winning national awards for his brews, and a sportswriter for the Walla Walla Union-Bulletin. He attended Walla Walla Community College's viticulture program and worked at Glen Fiona winery.

Riehl played bass for the Usual Suspects, a local blues band, and shined in major local summer musical roles. He was a member of the Blue Mountain football and basketball officials associations, loved to hike and backpack in the Wallowa Mountains, and enjoyed preparing papers for his "gentleman's debating club," the Whitman Round Table Study Group.

He is survived by a sister and was preceded in death by his mother, father and a sister.

Robin Peterson, a former visiting professor of French, died May 17, 2011. He was born in Beach, North Dakota, on June 30, 1951, to Joye Obert Peterson and Ruth Francis Woodard Peterson.

He attended Yakima Valley Community College and studied at the French University in Aix-en-Provence in southern France in 1971. He married Kristie Kathleen Kwak in Harrah, Washington, on Dec. 30, 1971. He graduated from Western Washington University in 1973, with a bachelor's degree in French education. He attended Regent College in Vancouver, British Columbia, earning a master's degree in Christian education. In 1977, the family moved to Pasadena, California, so he could attend Fuller Theological Seminary, from which he graduated with a master of divinity degree in 1978.

Although enrolled in the doctorate program at Fuller, he took the call to serve the Presbyterian Church in College Place, Washington. Peterson taught French at Whitman as a visiting professor from 1983 to 1997 and was known to climb on top of the desk in true Robin Williams' fashion ("Dead Poet's Society" style) to help his students have a different perspective on the world.

He is survived by his wife, four children and two grandchildren. 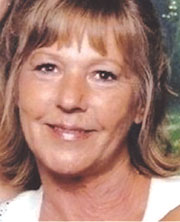