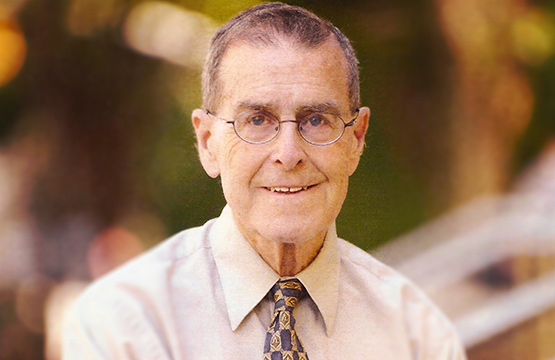 Editor’s note: Professor Emeritus of English Edwin “Ted” Stein died at Mount Sinai Hospital in New York City on Sept. 1, 2011. He had been battling cancer for three and a half years. His passing was noted in the October issue of Whitman Magazine. Patrick Henry, Cushing Eells professor of philosophy and literature and foreign languages and literatures, emeritus, wrote this special tribute to his friend and colleague.

“Then he lectured, quietly, humbly, almost shyly … It was interpretation and commentary so subtle and thoughtful that we couldn’t write our notes fast enough … With his eloquence, brilliance and humanity, Ted made literature matter.”

Ted also was involved in Whitman’s General Studies Program. To my knowledge, he was the only faculty member to teach the initial three tracks: Ancient Greece, Great Works and Origins of Modernism. His appetite for learning was absolutely insatiable. Christopher Garratt ’00, one of Ted’s students in 1996 in a later version of General Studies, Antiquity and Modernity, told me recently that Ted “taught me how to think, not what to think … In his course, through the study of literature, I advanced significantly in self-knowledge and self-expression.” Christopher emphasized that Ted graded his papers right in front of him in his office. “I learned how to write watching Ted correct my sentences.”

Shortly after Ted’s arrival at Whitman, I began co-editing a journal called Philosophy and Literature. Ted served on the editorial board from 1984 to 1998 and taught me how to edit. Among his numerous and varied jobs, he had been an editor at Yale University Press. In addition, I learned an enormous amount from him in our discussions of manuscripts submitted for publication and from twice reading in manuscript form his remarkable study of Wordsworth. Later published as “Wordsworth’s Art of Allusion,” this learned but easily readable study catalogues 1,300 quotations, echoes and allusions to prior English verse in the poetry of Wordsworth. Only two people would have been capable of writing this study: Ted and Wordsworth.

To honor the memory of Ted Stein
The Stein family suggests donations in Ted’s name to either Doctors Without Borders or Amnesty International. Cards may be sent to Judith Stein, 130 Malcolm X Boulevard, Apt. 529, New York, NY 10026-2519.

At Whitman, Ted was more than an outstanding teacher and scholar; he was an intellectual leader. He served on several General Studies Committees, was central to the Critical Theory Group on campus and delivered the 1986 Convocation Address. Whitman President Emeritus Tom Cronin told me that Ted’s dedication to teaching has been a continuous inspiration to him as he now teaches once again at Colorado College. And one of Ted’s dearest friends, the poet and short story writer Tess Gallagher, said Ted had a formative impact on her book of poems titled “Dear Ghosts.” Like many of us, she was amazed that, having started to write poetry so late in life, Ted had become such a first-rate poet. Tess considers Ted “the most beautifully responsive soul when it came to art and poetry that I have encountered in my life as a poet.”

The qualities that made Ted a great teacher – his capacity to listen, his brilliance, his humility, his openness to other views and his compassion – are the same qualities that made him a great friend. To talk to him about anything – literature, criticism, politics, our own lives – was to see those things more clearly and in greater detail and to understand their nuances so much better. Ted combined brilliance and compassion more wholesomely and completely than anyone else I have known. He had a capacious social conscience, and he fought for politically liberal causes throughout his life, even at the end, when a lesser individual might have turned completely inward. Ted illuminated the lives of all his friends intellectually, ethically and spiritually. Many of us are struggling to adjust to a world without him.