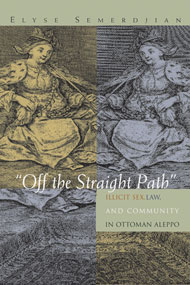 Past implementation of Islamic law, focusing on punishments for crimes of sexual indiscretion, is the topic of a new book by Elyse Semerdjian, assistant professor of Middle Eastern history.

Semerdjian — who specializes in the Ottoman Period and especially the social and legal history of Aleppo, Syria — began this research in part because of concern about rising Islamic extremism and the possible use of corporal punishments, including flogging and stoning of those convicted of sex crimes.

“Off the Straight Path, ‘Illicit Sex, Law and Community in Ottoman Aleppo’” is based on 13 years of research, including several trips to Syria – one funded by a Fulbright – to research judges’ rulings in shari‘a court documents dating from 1506 to 1866.

Her research shows that corporal punishments such as stonings and floggings for sexual misconduct were not the norm in cities such as Aleppo, the third largest Ottoman city on the Silk Road trade route. Extreme punishments for these crimes were, in fact, rare. Instead, judges would typically banish the offender from that area of the city.

Semerdjian, who earned her Ph.D. in history at Georgetown University, said her historical data is significant because, “Islamic law works on precedent, like Western law. Find a legal precedent, and they’ll take it and use it.” Gender historians like her are using these earlier legal precedents to make arguments about the present state of Islamic law and to challenge dominant images that portray Islamic law as violent and cruel. 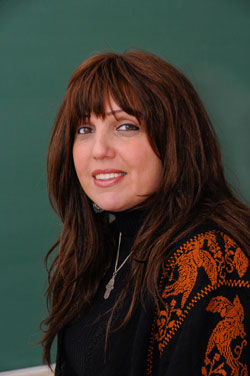 Semerdjian wanted to accomplish two things with the book: to argue against the Western notion that Islamic law is stagnant and rigid; and to document prostitution in that region. Hers is the first book to address the issue of prostitution in Syria.

Written Islamic law requires that a person who commits adultery or sexual indiscretion and is unmarried be flogged 100 times; however, if the person is married, they are to be stoned until dead.

“(But) even though the law on the books required those punishments, judges were able to be flexible in their rulings, sometimes applying the local traditional punishments rather than the strict draconian ones advocated in the law books,” Semerdjian said.

“We have the history, now, the way it was practiced in these court records,” she said. And that history “becomes an important way to engage in debate with Islamic extremists.”

“Syria is a place I love and is very special… especially in terms of its ethnic and religious diversity,” Semerdjian said. “One can enter a neighborhood and speak Armenian, and then in the next neighborhood speak Arabic.”

“Off the Straight Path, ‘Illicit Sex, Law and Community in Ottoman Aleppo,’” published by Syracuse University Press, is available at the Whitman Bookstore at (509) 527-5274 or at www.whitman.edu/bookstore.